BTS is venturing into a new realm: Korean-language education!

On March 23, Big Hit Entertainment officially announced that BTS would be releasing a new series of short-form videos intended to help fans learn the Korean language.

Entitled “Learn Korean With BTS,” the videos will use pre-existing footage from BTS’s variety show “Run BTS!” and their online content (such as their “Bangtan Bomb” and “BTS Episode” clips) to teach fans Korean words and expressions frequently used by the BTS members. Each video will be approximately three minutes long and will provide a brief lesson about Korean phrases and grammar.

The new videos will be released for free through Big Hit’s fan community app Weverse starting on March 24 at 2 p.m. KST, when the first three episodes will be made available. Big Hit Entertainment currently plans to release a total of 30 episodes. 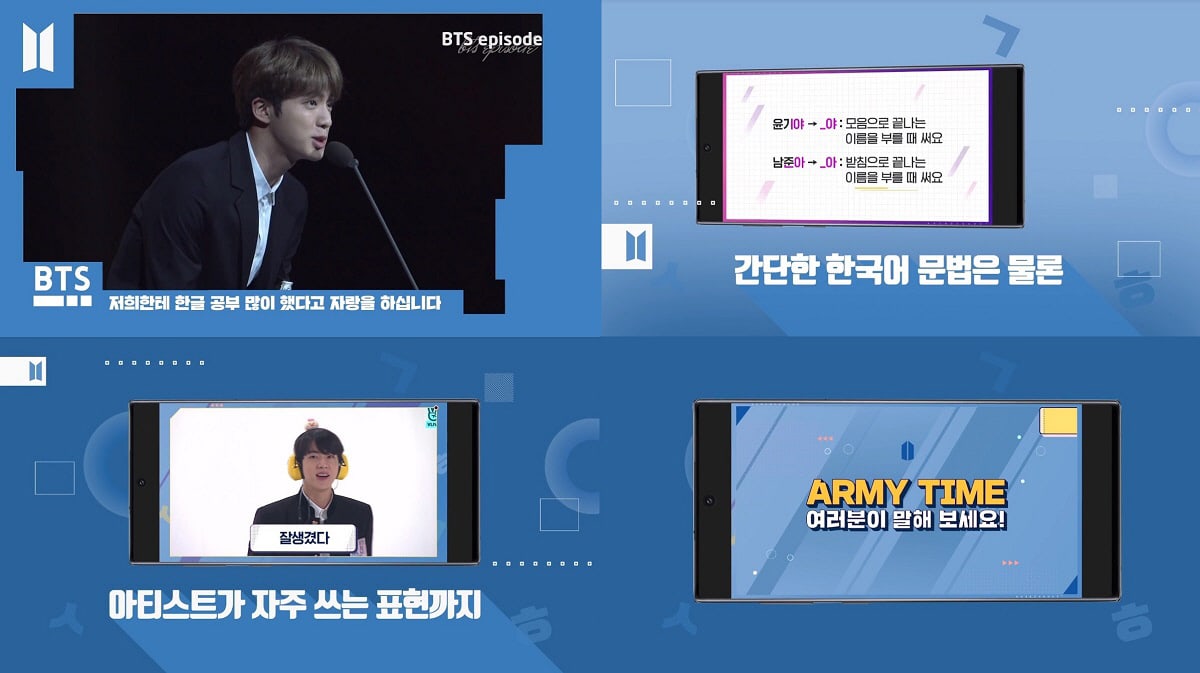 According to the agency, “Learn Korean With BTS” was created with the help of researchers from the Korea Language Contents Institute (KOLCI) and professors from the Hankuk University of Foreign Studies.

The agency added, “We hope that through learning Korean, global fans will be able to relate more deeply to our artists’ music and better enjoy a wide range of content.”