VICTON Talks About Their Bond, Making Comeback As A Full Group, And More

VICTON talked about their thoughts on their new mini album, their friendship, and more in an interview with Singles magazine!

During the interview, the group was asked to describe something about them that they think hasn’t been discovered yet. Chan said, “We’re a group of people who are different from others and unique. All seven of us are different from each other, but we’re all weird.” Han Seung Woo added, “We’re unique but also easygoing, so nothing sets off a spark between us.”

VICTON’s new mini album “Continuous” features the most participation by the members out of all their releases so far. “We wanted to show how we’ve changed,” said Byungchan. “We put our hearts and souls into this because it’s our comeback as a full group. The members all took part in the lyrics writing and composition, and our opinions were also reflected in our choreography and performances.”

VICTON was also asked if they discovered anything new about each other when they all got together for the first time in a while to practice.

Seungsik replied, “It had been a while, but there wasn’t a big difference from before. We said to each other a lot, ‘We’re really the same as always.’ Everyone’s skills have definitely improved. I’m not sure what other people will think, but since we’re together every day, that’s something we noticed a lot while we were practicing.” Chan added, “I get the feeling that the whole group has grown, rather than one particular person.”

Han Seung Woo said that he still feels like a rookie, even though they debuted in 2016. He said, “I don’t want to admit how long it’s been, but seeing how the members have grown makes me believe that this much time has passed. We’re able to master choreography or a song efficiently so we’re faster at learning things, and thanks to that we have a bit more time. I think we were able to enjoy the process of perfecting our performance a bit.” Byungchan responded, “That’s true. We lost stamina and focus as time went on, but it was amazing how we were in sync and wrapped up what we needed to do.” 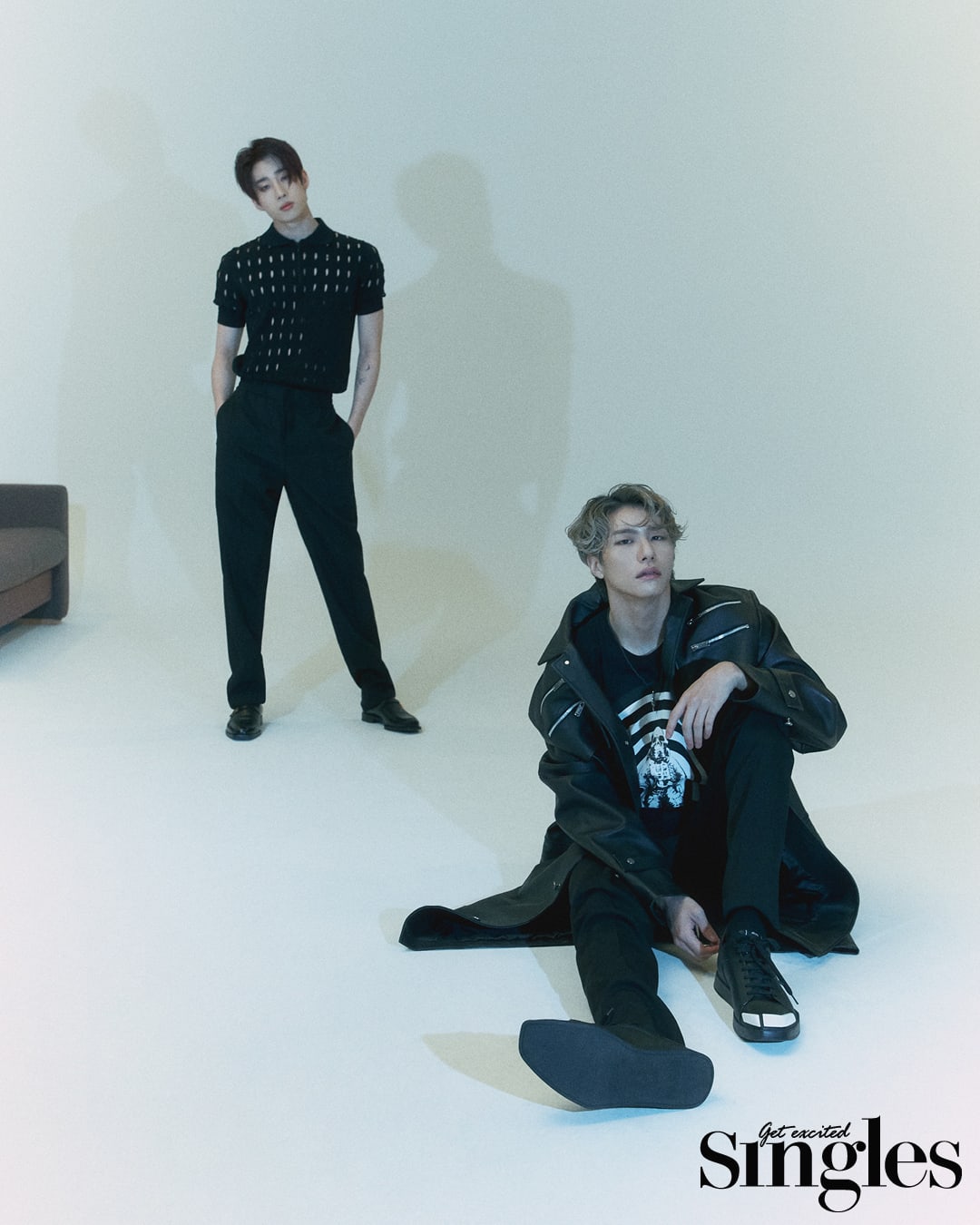 The group was asked to describe what kind of new challenges they took on for this album. Seungsik shared that “Continuous” is their first album that has an overall concept. He said, “Before then, we’d show several sides of ourselves because each album had different concepts within it, but this time there’s one continuous story.” He also shared that they’d purposely started and ended the track list with the word “Night” (the first song on their album is “Nightmare” and the last is “White Night”), and he recommended that people listen according to the track list’s order.

Hanse said, “The album’s first track ‘Nightmare’ is the first gloomy song we’ve ever done. I think it sets the mood for the album.”

The members also chose their favorite lyrics from “Continuous.” Hanse named his lyrics from “Howling” that say, “I hit rock bottom and howl like a starving beast.” He said, “While I was writing the lyrics, I thought it would be good to write from the perspective of a werewolf. I like the lyrics because it feels like it sets up the identity of the song.” Chan chose the “Howling” lyrics “Let’s be together forever” and Byungchan chose the song’s lyrics, “I’m scared that we won’t be able to see each other, that you’ll suddenly disappear.” 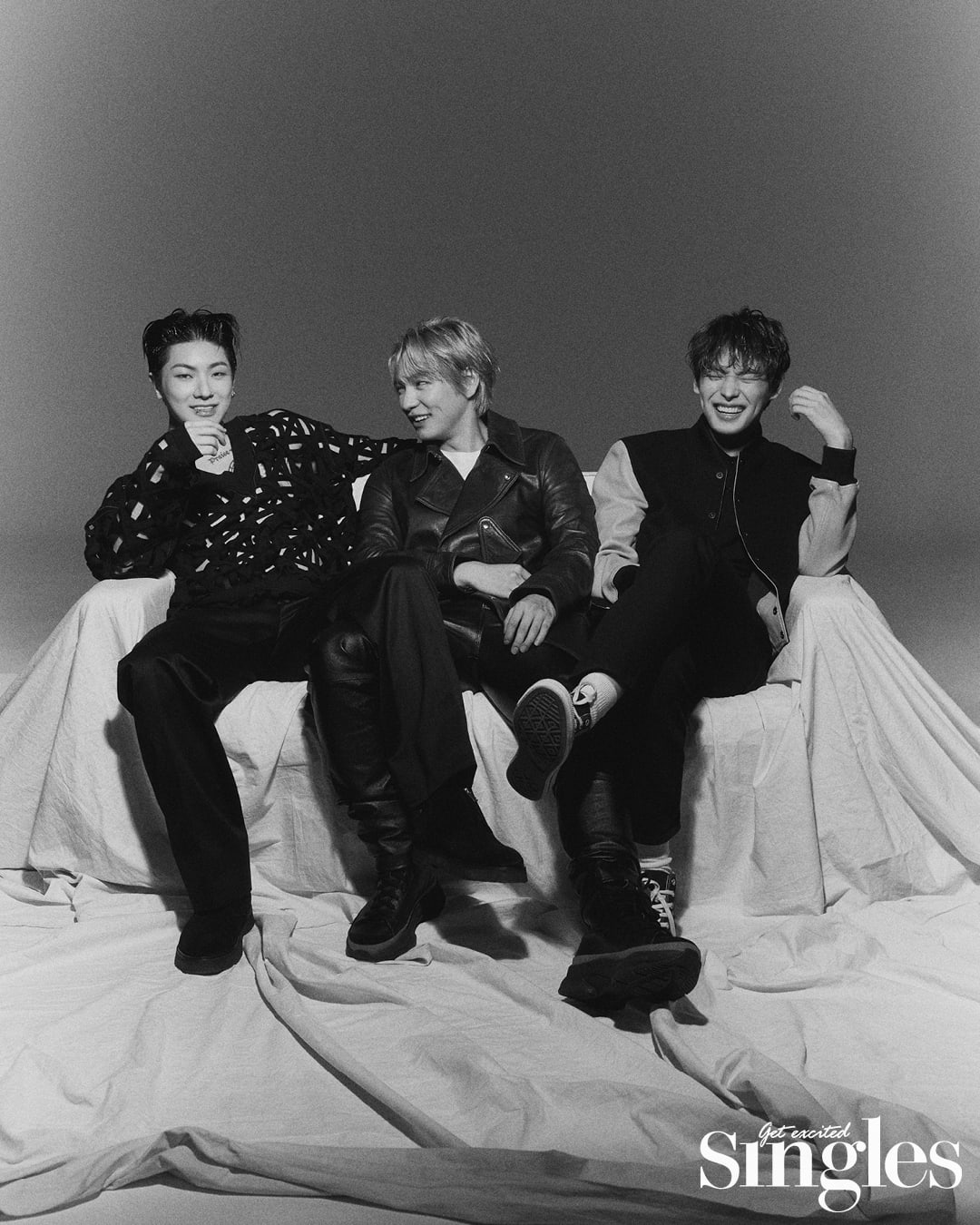 The guys talked about the feedback they’re hoping to hear after their current promotions. Hanse said he wants to hear, “They’ve really exploded” while Byungchan said the feedback he’s aiming for is “They ‘finally’ exploded!” Sejun described that he wants people to say that they’ve found their unique style, while Subin said he’d like to hear that they’re receiving a lot of offers. “We’ve said that we want to work with a lot of composers, lyricists, and choreographers, so I want to try doing fun projects with many different people,” said Subin.

VICTON went on to talk about their favorite nicknames that fans call them. Hanse said, “I like the name ‘Sese’ and ‘Dyojung,’ which means Do Hanse Fairy [‘Yojung’]. My favorites are probably the ones that fans most often call me.”

Byungchan named “Jeonju Spy” as his favorite nickname. He explained, “When I was on the survival show, I went to my hometown of Jeonju and a woman asked me for my phone number. I told her that I have a special occupation so I couldn’t give her my phone number. The story came out when the survival show aired, and that’s how I got that nickname. It could be that I like it so much because so many people call me that.” 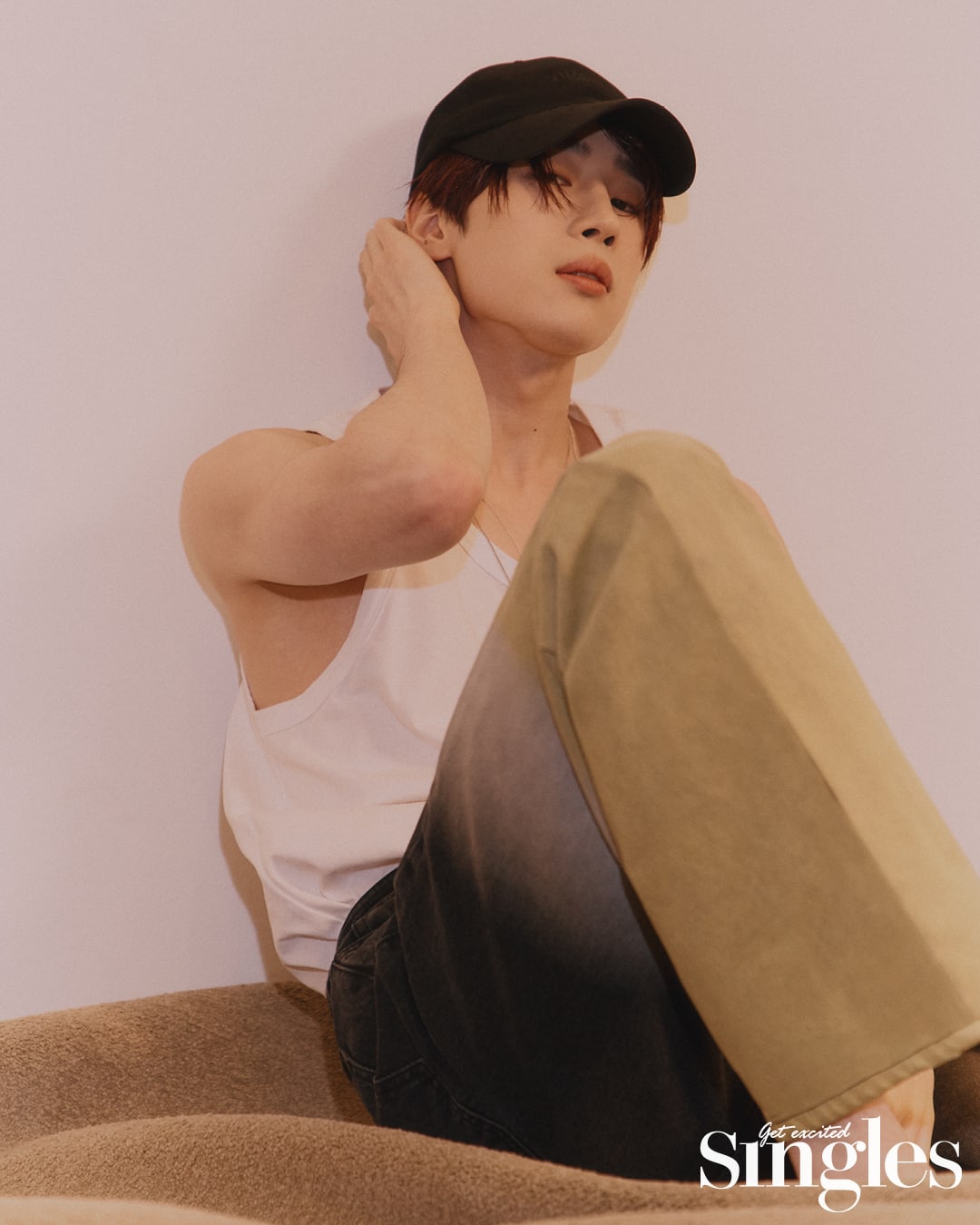 Seungsik said his is “Potato,” although he said with a laugh, “To be honest, I think I’ve graduated from the nickname ‘Potato.’ But later on in life, when I think of the nickname ‘Potato’ it will bring back a lot of memories of when we promoted.” Hanse insisted, “You haven’t graduated yet, you’re still in graduate school! There’s a solo dance part that Seungsik does in the choreography for our b-side ‘Nightmare,’ and we call that dance move ‘The Tornado Potato.'”

Sejun said that since his mother’s precognitive dream before his birth was a strawberry, his fans call him “Princess Strawberry.” Sejun has explained elsewhere that his mother thought he would be a “princess” because of the dream of a strawberry, which led to the first part of his nickname. “My birth flower is also a strawberry,” he shared.

Chan said that he has only one famous nickname, “Heo-caron.” Chan’s family name is Heo and he became known among fans and his fellow members as “Heo-caron” when he cried at a fan meeting and his eyes looked puffy like macarons. “Everyone I know knows this nickname, even my younger cousin,” said Chan. “I’m a bit at a loss and puzzled over how so many people know this hot-topic moment when I sobbed on stage, but it’s still good that people are remembering that image. I like ‘Heo-caron.'” 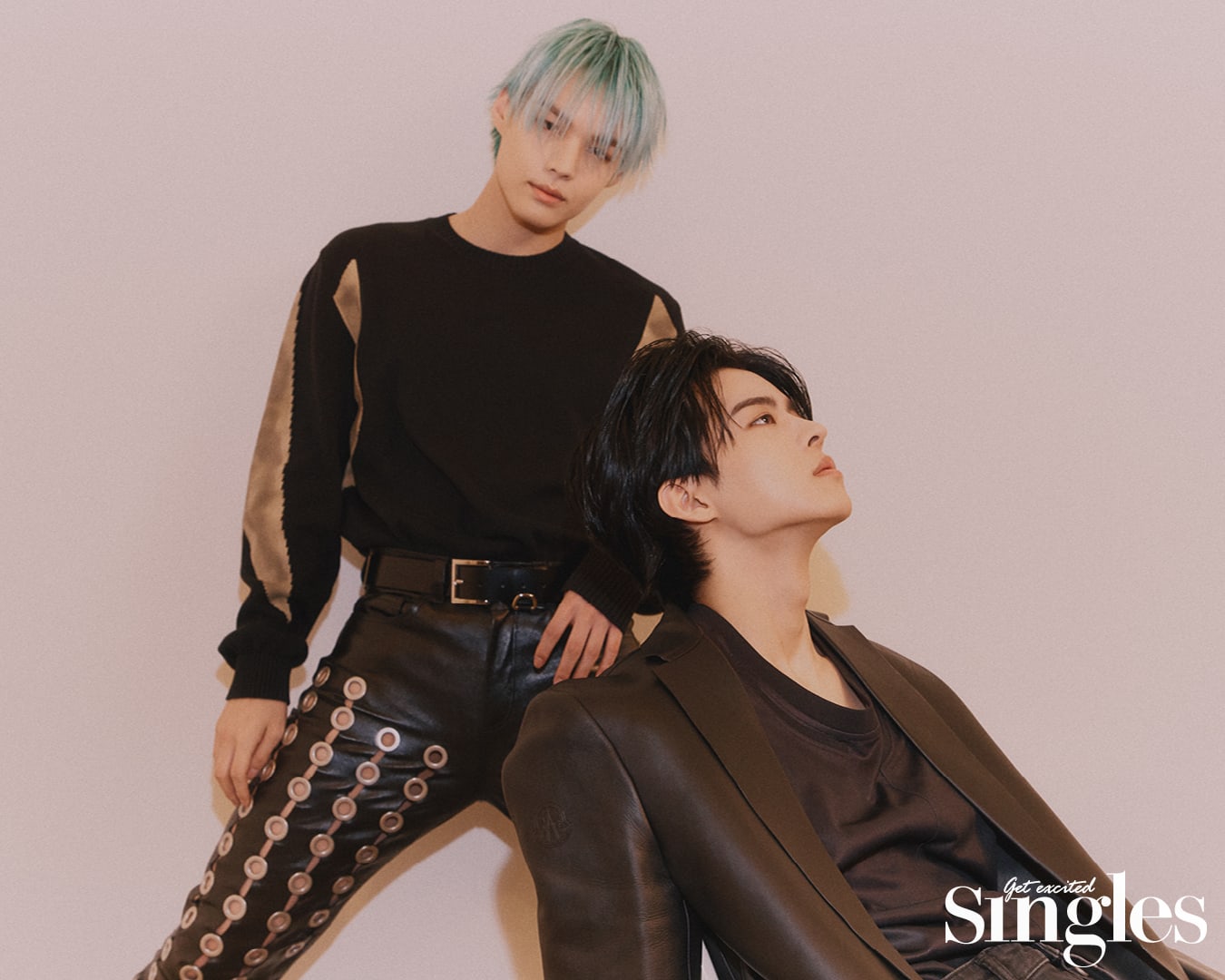 Singles mentioned that the last time VICTON took part in an interview with the magazine, the members all chose their friendship as the one thing they hope never changes. This time around, they were asked to define the word “friendship.”

Seungsik said, “Since we’ve spent every single day together for the past five years, there are times we fight and good times too. I hope this time continues.”

Han Seung Woo described friendship as “familiarity.” He said, “Isn’t there a great feeling of emptiness when something familiar goes away? Since we’re now so familiar with each other, we won’t forget how precious each other is, but if [that familiar thing] were to go away, I think we’d think of it for a long time.”

Byungchan said friendship is a pillar of support. “It’s something that grabs you and picks you up when you fall down,” he said. Hanse described VICTON’s friendship as similar to bibimbap, a Korean dish in which a variety of different ingredients are mixed together. “Like bibimbap, where you can only get the flavor if you do a good job at mixing together various ingredients, we shine the brightest when we’re all together,” said Hanse.

Sejun said, “I often think that even if I were born again, I wouldn’t be able to meet this kind of group again. When I’m alone at home while we’re on holiday, I think about the other members a lot. There are times when I’m at the dorm and get stressed over the various everyday sounds like people chatting in the living room, showering, or snoring, but when I’m at home I miss that.”

Lastly, Subin said, “It’s like my initial resolution. When I was with my friends at school, I didn’t put up walls around myself by showing off or being argumentative. I want to always keep that mindset.”

VICTON’s full interview and pictorial with Singles can be found in the April issue of the magazine.

VICTON
Singles
How does this article make you feel?