David Lee shared his thoughts on his character in “Itaewon Class.”

On March 23, the actor participated in an interview following the successful run of “Itaewon Class.”

In the drama, David Lee portrayed Lee Ho Jin, who was bullied in high school by Jang Geun Won (played by Ahn Bo Hyun), the son of Jangga’s CEO. Park Sae Ro Yi (played by Park Seo Joon) was the only person to help him out at the time, and they later join forces to take down Jangga together. 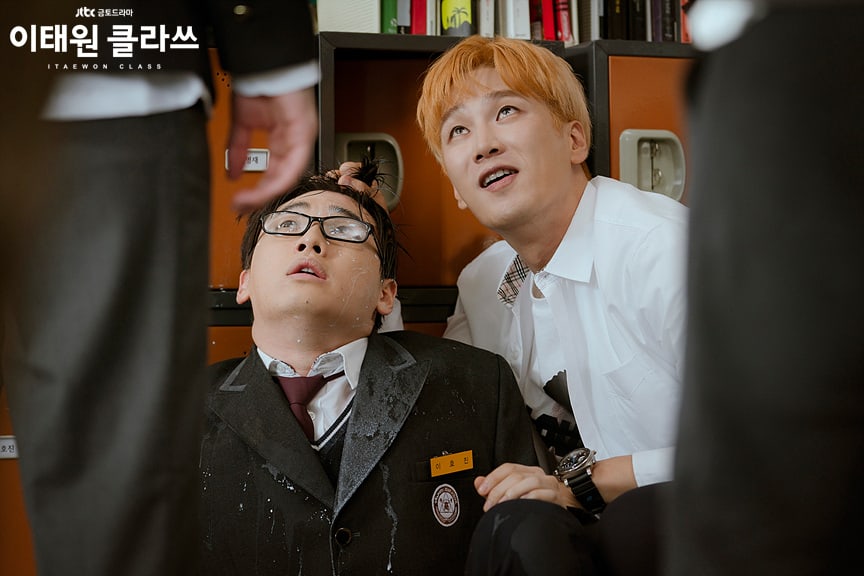 “I like manhwas (Korean comic) like ‘One Piece,’ so I enjoyed the original ‘Itaewon Class’ [webtoon],” he began. “But I was really worried and had doubts about whether I could do a good job. I have never played a character that wore a suit and had the vibes of an elite person. More than anything, I was worried about appearing as Park Seo Joon’s friend.”

David Lee and Park Seo Joon’s teamwork shined the most in the scene where Lee Ho Jin went to visit Park Sae Ro Yi in jail. Park Sae Ro Yi said, “Lee Ho Jin, do you want to be on my side?” and extended a fist on his side of the glass panel. Lee Ho Jin replied, “That’s why I’m here,” and put his fist up to Park Sae Ro Yi’s. 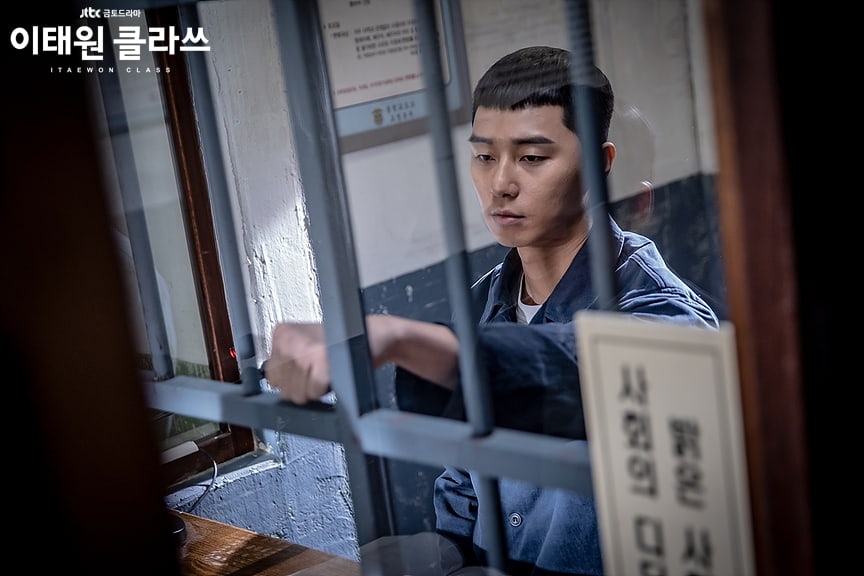 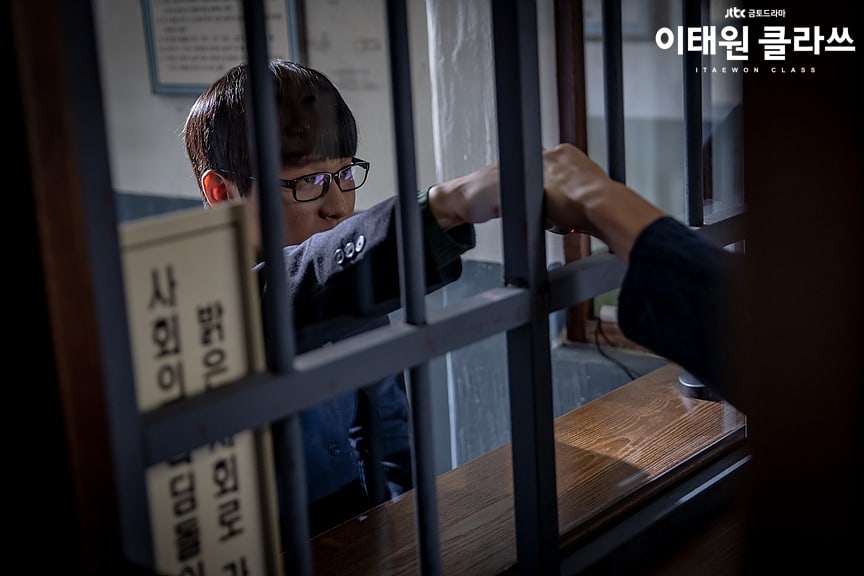 The actor revealed, “I contemplated it a lot, but didn’t know how to express this scene. On the day of filming, Seo Joon calmly expressed this scene with a thoughtful smile. I felt as if it had been solved after seeing how he did it.”

He added, “I thought a lot about each scene in order to not appear over-the-top. Lee Ho Jin is usually with Park Sae Ro Yi, and Seo Joon’s acting helped me a lot every time I filmed.”

David Lee then further explained the difficulties of portraying Park Seo Joon’s friend onscreen, who is older than him in real life. “Just like how it felt awkward acting while wearing a suit, I kept worrying how I could appear as Seo Joon’s friend because I didn’t want to be an interruption to the story,” he said. “He joked around with me a lot and approached me comfortably. Seeing him like this put me at ease. Because he acted like a friend towards me, I could get a sense of how to react.”

The actor chose as one of his favorite scenes the one where Park Sae Ro Yi comforted Ma Hyun Yi (played by Lee Joo Young) after she was outed as transgender. “There’s a scene in the drama where Sae Ro Yi tells Ma Hyun Yi, ‘You don’t need to make other people understand who you are.’ The line was good, but I really liked Seo Joon’s facial expression when saying ‘It’s okay’ and Joo Young’s face when she burst into tears. I can’t forget that scene.” 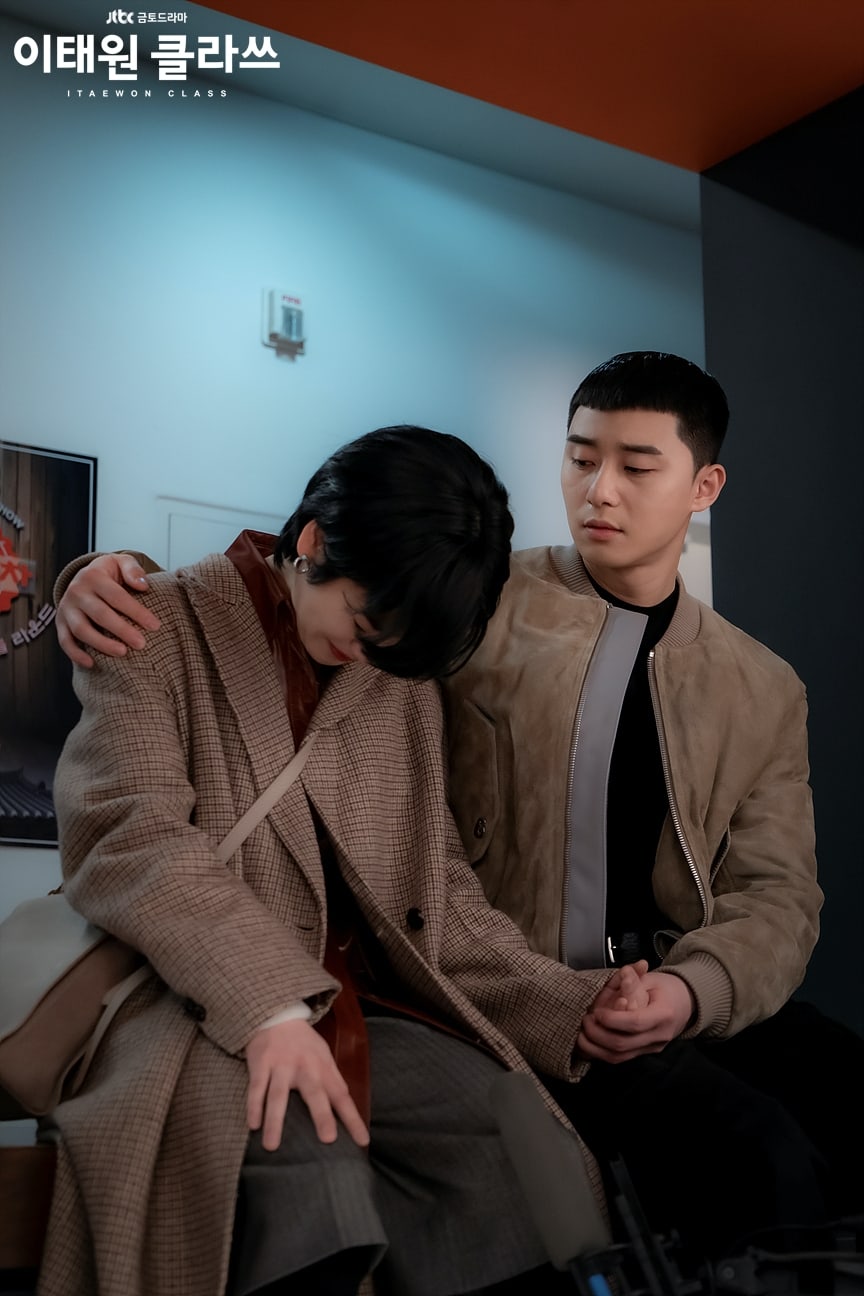 David Lee mostly filmed with Park Seo Joon, Kim Hye Eun, and Kim Da Mi, but expressed regret that he wasn’t a part of the Danbam pub family. “I always talked with the director,” he said. “I was close with Ryu Kyung Soo, who portrayed Choi Seung Kwon, because we previously worked on a film together, and I immediately got close with Kim Da Mi because we’re the same age. Including our team dinners, I was able to hang out with the actors here and there, so we were able to get close quickly.”

Praising Kim Da Mi, he continued, “There is a big difference between films and dramas. She probably had many concerns because this was her first drama, but she adapted very quickly. I really like Da Mi’s unique tone.”

Sharing his plans for the near future, David Lee concluded, “I don’t have an immediate follow-up project. I want to take a rest and prepare to see you again with a good project.”