Park Kyung shared his current thoughts on the chart manipulation controversy that he brought back to the spotlight.

The Block B member caused a stir last November when he wrote in a now-deleted tweet, “I want to do sajaegi like Vibe, like Song Ha Ye, like Lim Jae Hyun, like Jeon Sang Keun, like Jang Deok Cheol, and like Hwang In Wook ^^;;.” This restarted the conversation about suspicions that many of the artists on digital music charts nowadays are committing sajaegi (the manipulation of sales numbers through an artist’s own agency bulk buying or streaming). The aforementioned artists all took legal action against Park Kyung for defamation, and Park Kyung recently attended police questioning regarding the complaints.

On March 23, the channel 1theK shared Park Kyung’s “Look Me Up” video, which features him looking up his name on social media.

He first read his page on the Korean wiki Namuwiki and questioned some of the details like his birth place and height. He read posts and comments on other sites and discovered a fan on Melon asking when they’ll be able to see Block B promoting as seven again. “Some of them are in the military, and when they’re discharged, P.O and I will enlist,” he said, and he suggested it might take three years for them to return as a full group.

Over on YouTube, Park Kyung listened to rapper Mommy Son’s track “Vibe from Experience” (literal title). The song has been interpreted as a diss track aimed at artists (including Vibe) who have been accused of chart manipulation. It opens with the line, “You’ve worked hard, Park hyung,” which seems to be a play on Park Kyung’s name that substitutes the title “hyung” (a term used by men to describe older brothers or male friends) for Park Kyung’s given name.

Park Kyung sang along with that line and laughed, before saying, “I listen to this a lot too.”

Park Kyung also checked out an article on the online music magazine HIPHOPLE about Vibe’s response to his accusation. Vibe’s statement included the text, “Through his agency, we asked him to clarify what isn’t true and apologize. However, the response we got was, ‘We have deleted the post, but an apology will be difficult [to give].'” Park Kyung burst out laughing when he got to the last part of this quote.

A comment on the article said, “I hope the truth is revealed.” Park Kyung responded, “There are many people who are hoping for justice.” He also found more supportive comments on another website. 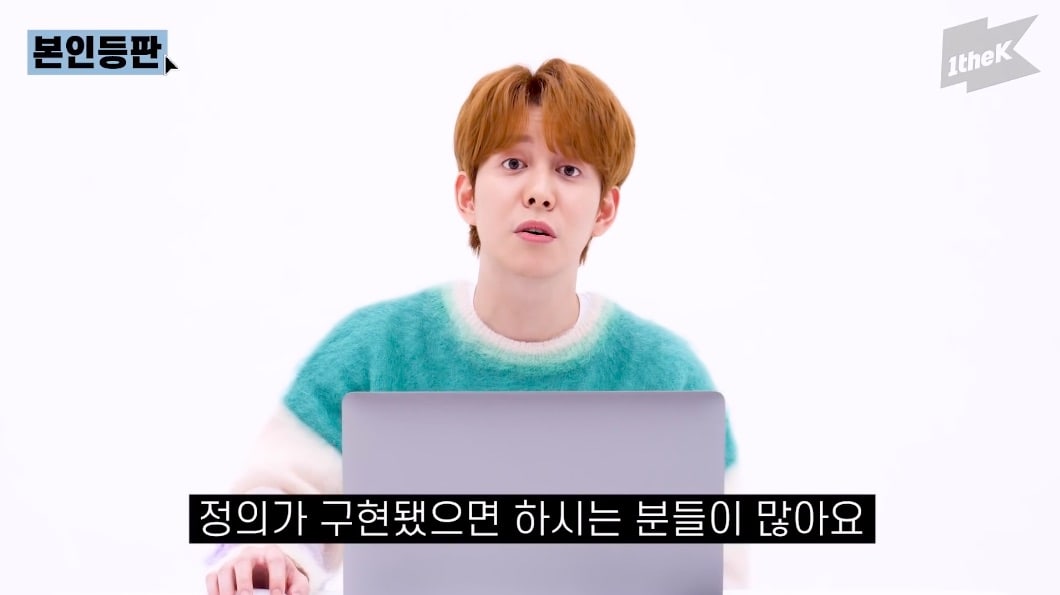 “I went to the police station for the first time in my life,” he said. “It wasn’t as scary and strict as I’d expected. So I was relieved, and I earnestly took part in the investigation.”

On another post, people talked about how they are amazed by him and someone wrote, “It’s not easy to have such courage.”

“I did work up the courage to do that,” he said. “But I’m upset because the issue has faded faster than I thought. In contrast to how it’s fading, the things that I have to do are becoming clearer. Because of that, I hope you won’t let it go as just an ‘incident’ and I hope that many people will think about it and be interested in it.”

Watch the video below with English subtitles: