Cha Jun Ho talked about his future and more in an interview with Singles magazine!

The interviewer mentioned to Cha Jun Ho that he’s currently taking a break and asked how he’s spending his time. “I’m busy every day,” he said. “Rather than calling it a break, I’m taking time to work on self-improvement. After our shoot today, I have to go for a vocal training lesson. The start of school has been postponed so lately I’m practicing every day at my agency. I’m learning choreography and carefully reviewing my vocal performances. I’m trying to improve on the things that I’ve lacked.” 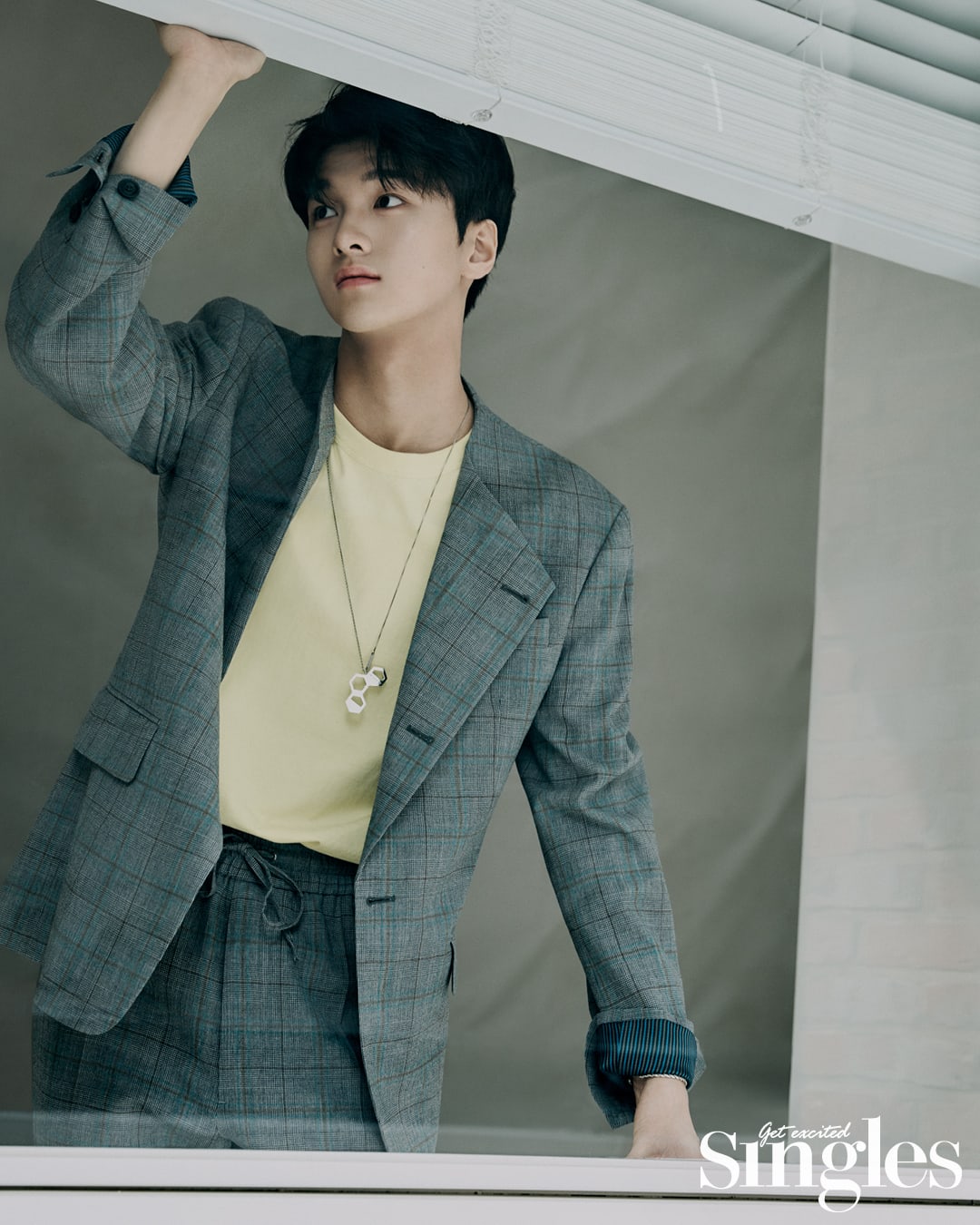 Cha Jun Ho is studying at Hanlim Multi Art School in Seoul. The interviewer asked him to describe the school life of Cha Jun Ho, who’s a regular third year high school student before being an idol.

“I learn a lot on stage or on set too, but I think there are things I can only learn in school,” said Cha Jun Ho. “For example, things like relationships with friends. To be honest, I don’t spend a lot of time at school so I don’t get to see friends a lot, which is a bit sad. In the year that I have left, I hope to find a friend that I can open up to about all my feelings, and I want to work hard at both studying and practice so that I can wrap up my high school life in a meaningful way.”

When asked what he’d like to study in university, Cha Jun Ho said, “I’m still thinking about it. It seems like it would be good to go, but there are also things that I realistically have to do and I don’t think it would be easy to be promoting while also going to school. Rather than making a hasty decision, I’m planning to go if there’s something that I want to study.”

Cha Jun Ho was asked to describe his biggest transformation in the past year, and he said he’s gained a lot more confidence compared to before, when he wasn’t sure about the path he was taking. “In the past year, singing and dancing have become really fun and I’ve improved,” he said. “I’m also ambitious about wanting to do better. There are a lot of sides of myself that I haven’t been able to show yet. I hope you’ll look forward to them.” 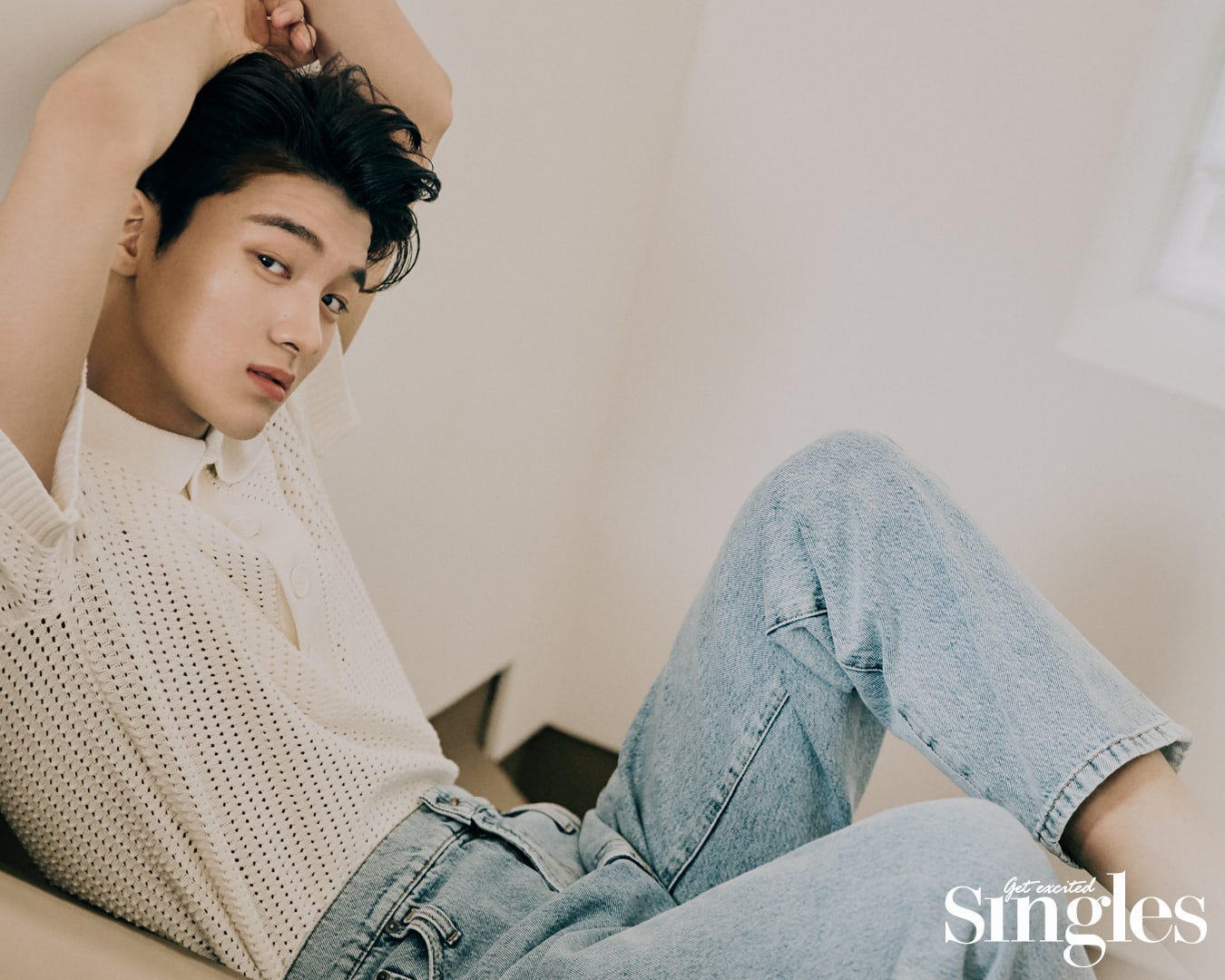 The idol described how one thing he’d like to hear from people is that he can pull off any song in Cha Jun Ho’s style. “So far I’ve unintentionally ended up sharing songs that are ballad focused, but in the future I’d like to try songs that are a bit different in style,” he said. “I tend to listen to a lot of different songs. I enjoy R&B and pop music so I want to try those genres of music too.”

Cha Jun Ho also talked about musicians that he admires. “There are so many artists that I respect, but I like Dean,” he said. “I think he makes really polished music. It’s cool how he personally writes and produces his songs. If I have the chance later on, I’d like to learn how to write songs and then write ones that contain my emotions or tell my stories.”

“I want to sing in a voice that moves people’s hearts,” Cha Jun Ho also said. “Technique is important for that but I think a person also needs to know how to express emotion. I want to try hard so that I can sing in a way that’s light but also touching.”

As the song that Cha Jun Ho thinks shows off his charming qualities the best, he named One More Chance’s “Thinking of You.” 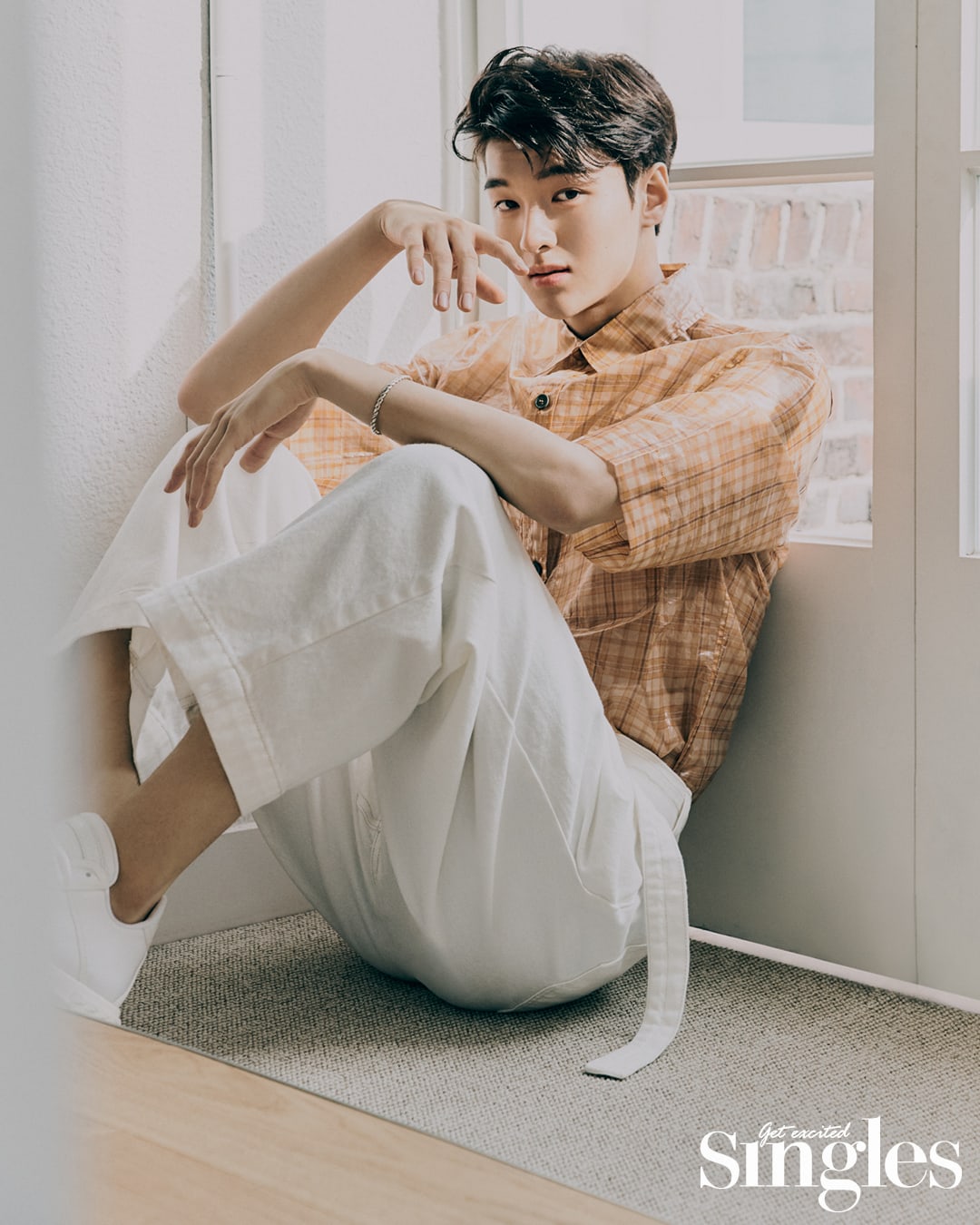 The interviewer also mentioned that many people are watching and supporting Cha Jun Ho and asked him to share his feelings as someone who’s experiencing the middle of his youth.

“I’m grateful for this, which is more than I deserve, and I’m happy,” said Cha Jun Ho. “To make it up to my fans for their support, I’m going to work harder so I can show them how I’ve improved. It might sound funny for me to say this as someone who’s only 19 years old, but I think youth is a matter of mindset. I’m not going to forget the burning passion that I have now and I will keep it for a long time so that even 10 or 20 years from now, I can still sing and dance in a cool way. I’m going to not forget my initial resolutions so that people will say that Cha Jun Ho is someone who works hard and is a positive influence on others.”

Cha Jun Ho is a Woollim Entertainment trainee who gained attention last year when he competed on the Mnet survival show “Produce X 101.” He debuted with the final project group X1 in August, and following the group’s disbandment in January, he has returned to training at Woollim in preparation for his debut.

Singles
Cha Jun Ho
How does this article make you feel?