JTBC’s “I’ll Go to You When the Weather is Nice” has released new stills of Seo Kang Joon opening up about his inner pain to Park Min Young.

“I’ll Go to You When the Weather is Nice” follows the story of Mok Hae Won (Park Min Young), a cello teacher who tires of city life in Seoul and heads back to her hometown. There, she runs into her old classmate Im Eun Seob (Seo Kang Joon), who runs a bookstore, and love slowly blossoms between the two.

The latest episode showed Im Eun Seob disappearing when Mok Hae Won started to get closer to him. Just as how Hae Won lived with past pains and Myung Yeo (Moon Jung Hee) suffered from inexplicable headaches, Eun Seob held his pain close to his heart and didn’t share it with anyone. He had built up such sturdy walls around himself that even his close friend Jang Woo (Lee Jae Wook) said, “Even I don’t know much about him.” Hae Won confessed to him, “I like you” and tried to get closer to him, and this caused Eun Seob to go into hiding.

The new stills show Eun Seob trying to hide away, but being found by Hae Won, who was desperate to talk to him. She can be seen worrying over him after traversing a dangerous mountain path. Her sincerity can be felt as she cradles his cheek, but Eun Seob looks like he’s unable to meet her eye, a mix of worry over Hae Won chasing after him and the urge to back away from everyone else in order to not get hurt. 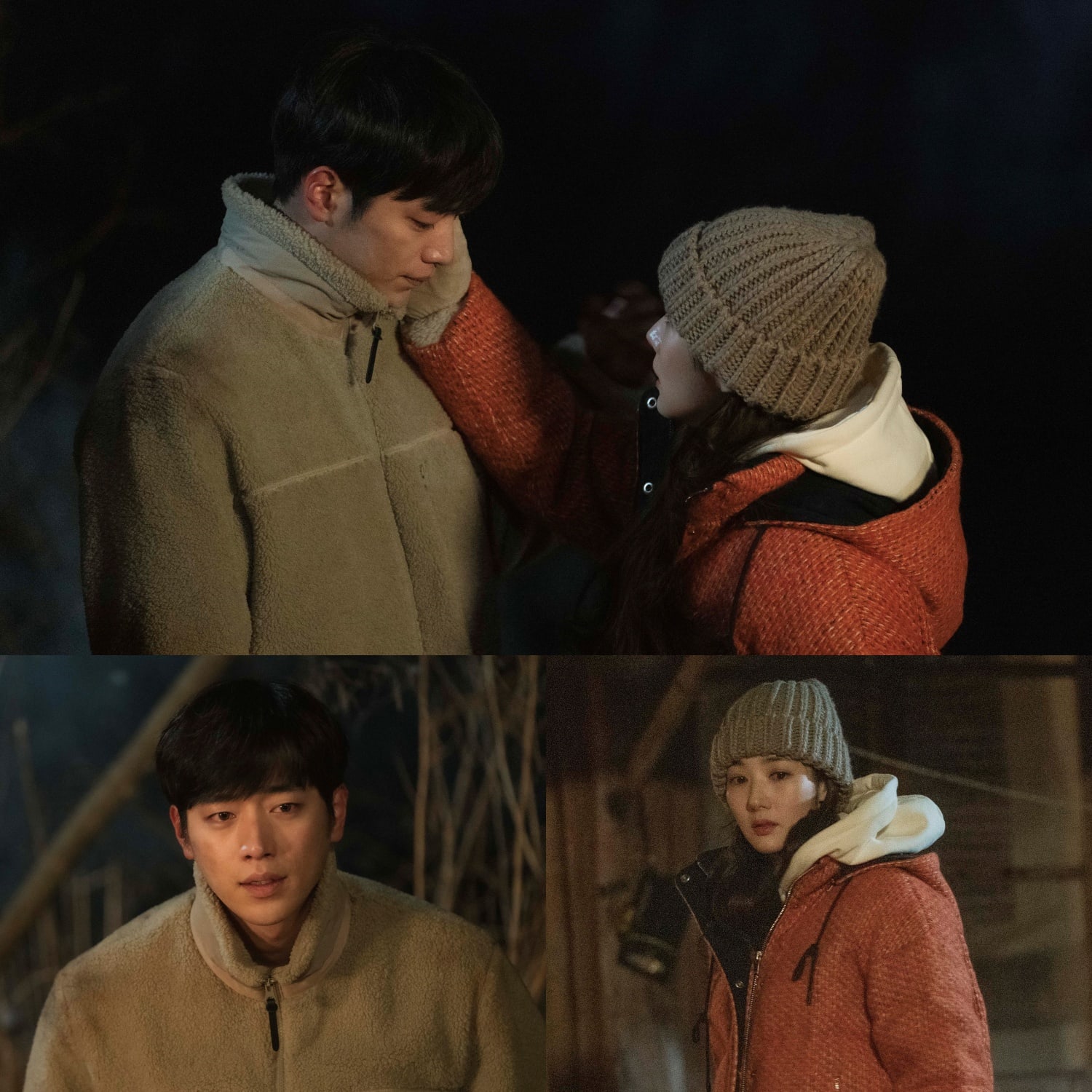 The production staff stated, “The story will continue to follow Eun Seob’s fears of facing happiness. Please keep watching to see why Eun Seob acts in certain ways, and what kind of pain he is hiding in his heart.”

The next episode of “I’ll Go to You When the Weather is Nice” will air at 9:30 p.m. KST on March 24. Catch up with the latest episode below for free!