Written by Kim Eun Sook, “The King: Eternal Monarch” is about two parallel universes of a monarchy and a democracy. Lee Min Ho stars as Emperor Lee Gon who tries to close the door between the two worlds, and Kim Go Eun stars as Detective Jung Tae Eul who works with the emperor to protect people’s lives.

The couple poster with Lee Min Ho and Kim Go Eun beautifully and mysteriously captures the fateful encounter between the emperor of the Korean Empire and a detective of the Republic of Korea. Lee Min Ho is gazing at Kim Go Eun from his gallant white horse, and they are only focusing on each other in the midst of brilliant city lights. The dreamy atmosphere hypes up viewers with its modern-day aesthetics. 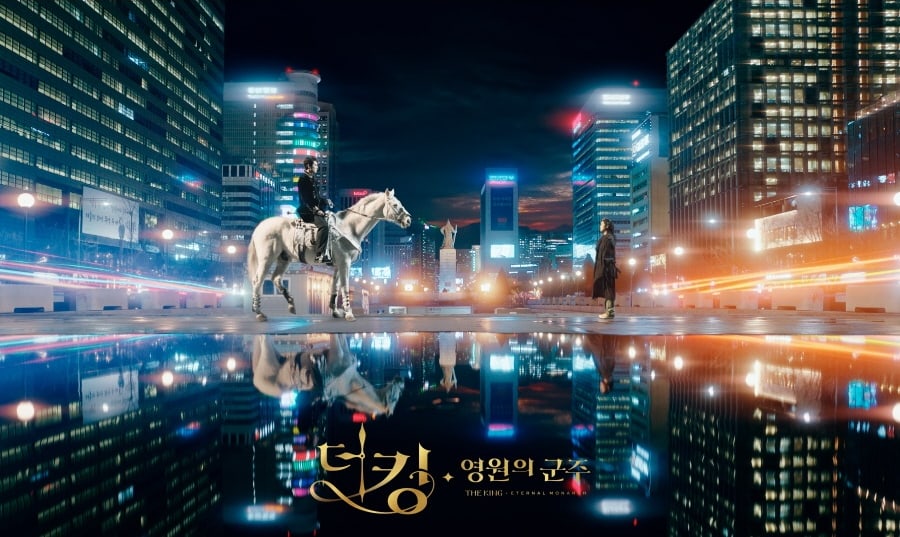 Production company Hwa & Dam Pictures commented, “We wanted to express a fantasy romance and a parallel universe that you’ve never seen before in the two main posters. ‘The King: Eternal Monarch’ is an unfamiliar but interesting drama that you won’t be able to help but fall in love with. Please give a lot of interest for ‘The King: Eternal Monarch’ which will premiere in April.”

“The King: Eternal Monarch” is slated to premiere in mid-April at 10 p.m. KST after the finale of “Hyena.”