On March 25, the singer participated in a V Live broadcast to hold an online showcase for his mini album “Layers.” This is his first release since the digital single “We Belong” in January.

Ong Seong Wu began, “It’s been a while and I feel so excited and happy. I’m really nervous. It’s my first time composing and writing lyrics for all the songs, so I’m curious about your reactions and thoughts after its release. Everything feels new.”

The singer participated in composing and writing the lyrics for all six tracks in “Layers.”

“The concept is the layering of emotions,” he said. “I honestly conveyed the emotions that I felt. It talks about how emotions get layered and complete the human being that I am. I thought that I needed to tell my story and wanted to speak honestly about my unfiltered thoughts while making this album. I wanted to show you 100 percent of me. I don’t know if I showed you everything, but I worked hard to be honest. I felt really excited and nervous that the album is being released today. It made me think that it’s really being released.” 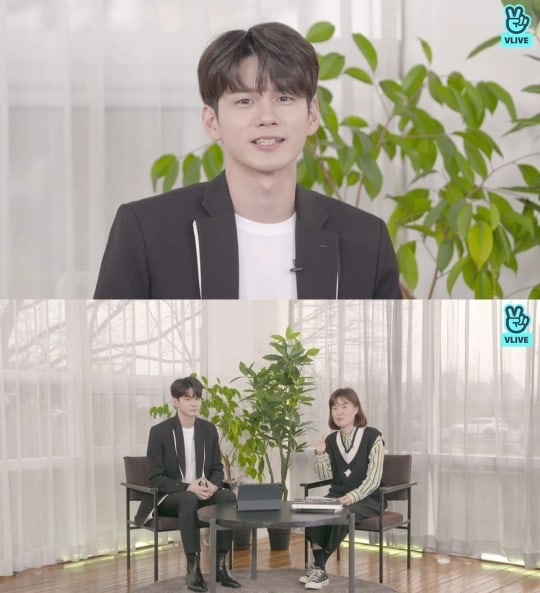 His title track “Gravity” is a track that gives new courage and pull to someone that was lost in an aimless life. Fans can feel the dynamic flow and emotions through Ong Seong Wu’s strong vocals. “My fans were the motif for most of the songs,” said Ong Seong Wu. “The keyword ‘comfort’ especially made me think of fans.”

When asked about the feeling of emptiness, he replied, “I felt some confusion about that. I didn’t want to run outside, but also didn’t like being confined, so I vaguely went about somewhere in the middle and talked about that in the song.”

He continued, “I talk a lot about secrets. I often say to my fans, ‘It’s a secret.’ I used that as a motif to express that I’m a mysterious man and that I’m someone you can get to know slowly. You can learn about my tendencies through my lyrics. It’s different in the second verse.”

Ong Seong Wu chose his favorite track as “After Dark,” explaining, “Looking at the honesty of my stories, I wrote most of my stories in the lyrics in ‘After Dark.’ I didn’t want to just be hopeful when talking about emptiness. I wanted to continue with that feeling, so I think a song came out of it after working on all of the songs together. I felt that emotion the most. It’s a song that I cherish because I believe there will be more growth through that.”

He added, “‘We Belong’ took the longest amount of time. It was my first song and it felt as if I was lost after I read the lyrics once they were done. So I fixed it, fixed it again because it felt as if I really needed to say this, and recorded, so it took a while.” 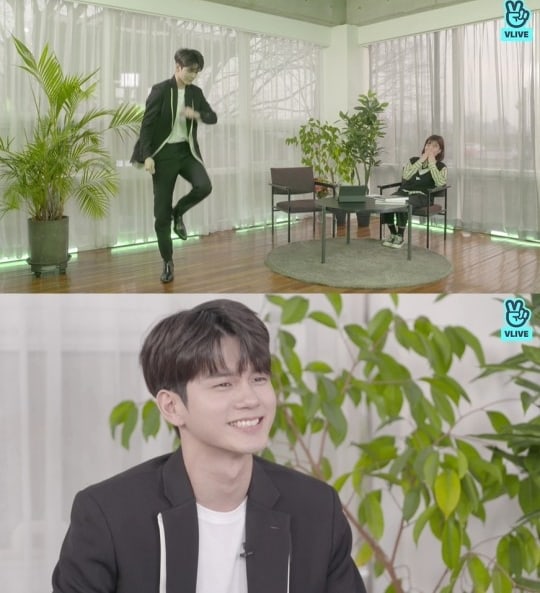 “Gravity,” however, was the opposite. Ong Seong Wu said, “The keyword was definite. It’s a song that I had fun grooving to the rhythm and telling a story, so it was completed quickly.”

He concluded, “I wanted to give a spoiler, but I think that takes the fun out of it. I like surprises more. I was working on it while saying that it was a secret. I think that’s more fun. I made this while thinking of all of you, and it’s an album that conveys various emotions. The fans always existed during those emotions. I hope you’ll be able to feel that and hope you’ll enjoy the songs even if they’re a bit lacking.”