Ong Seong Wu named some of his favorite actors!

On the March 25 episode of “TMI News,” Ong Seong Wu appeared as a guest, taking the role of “intern reporter.”

When asked if he has a role model, Ong Seong Wu named his “Traveler 2” cast mates. Expressing his admiration for Ahn Jae Hong and Kang Ha Neul, he said, “I also want to follow their path.”

He then chose Jo Jung Suk as an actor he wants to work with in the future. Ong Seong Wu explained, “He has a unique style of acting and looks really cool while acting. I’m curious about what I’d be able to show if we were to work together.” 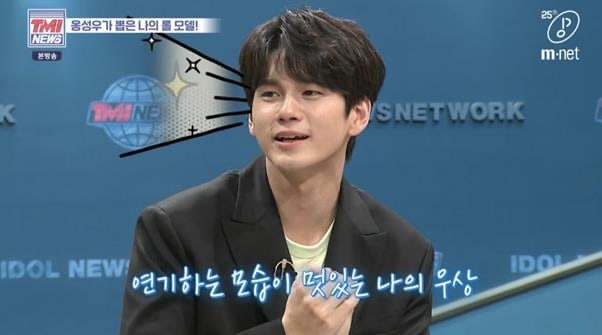 Ong Seong Wu
TMI News
How does this article make you feel?