Lee Min Ho + Woo Do Hwan Are Closer Than Brothers In “The King: Eternal Monarch”

SBS’s upcoming drama “The King: Eternal Monarch” has shared a new glimpse of the chemistry between stars Lee Min Ho and Woo Do Hwan!

Penned by Kim Eun Sook, the famous writer behind hit dramas “Goblin,” “Descendants of the Sun,” “Mr. Sunshine,” and “Heirs,” “The King: Eternal Monarch” is a fantasy romance drama about two parallel universes. One universe is a democracy that resembles modern-day Korea as we know it, while the other is an alternate universe in which Korea is an empire ruled by a single monarch.

In order to fight evil and close the door between their two worlds, the ruler of the Korean Empire—Emperor Lee Gon (played by Lee Min Ho)—ends up joining forces with Jung Tae Eul, a detective who resides in modern-day Korea (played by Kim Go Eun).

Woo Do Hwan will also star in the drama as Jo Young, the chief imperial bodyguard and Emperor Lee Gon’s closest friend. Their friendship began long before Jo Young took on his role as chief bodyguard—Lee Gon and Jo Young first met at an early age and grew up together in the imperial palace. Despite technically being ruler and subject, the two longtime friends are even closer than brothers, with the drama’s producers describing them as “soulmates.”

On March 26, the upcoming drama released new stills that capture the unique relationship between Lee Gon and Jo Young. As both men must constantly be on their guard around others due to the nature of their positions, they typically wear stern, intimidating expressions that hide their feelings. However, when they are alone together, they are able to finally let their guard down and breathe, finding a sort of oasis in one another.

One of the photos shows the typically severe and forbidding Lee Gon playfully invading Jo Young’s personal space with a sly smile, successfully catching the stone-faced soldier off guard. 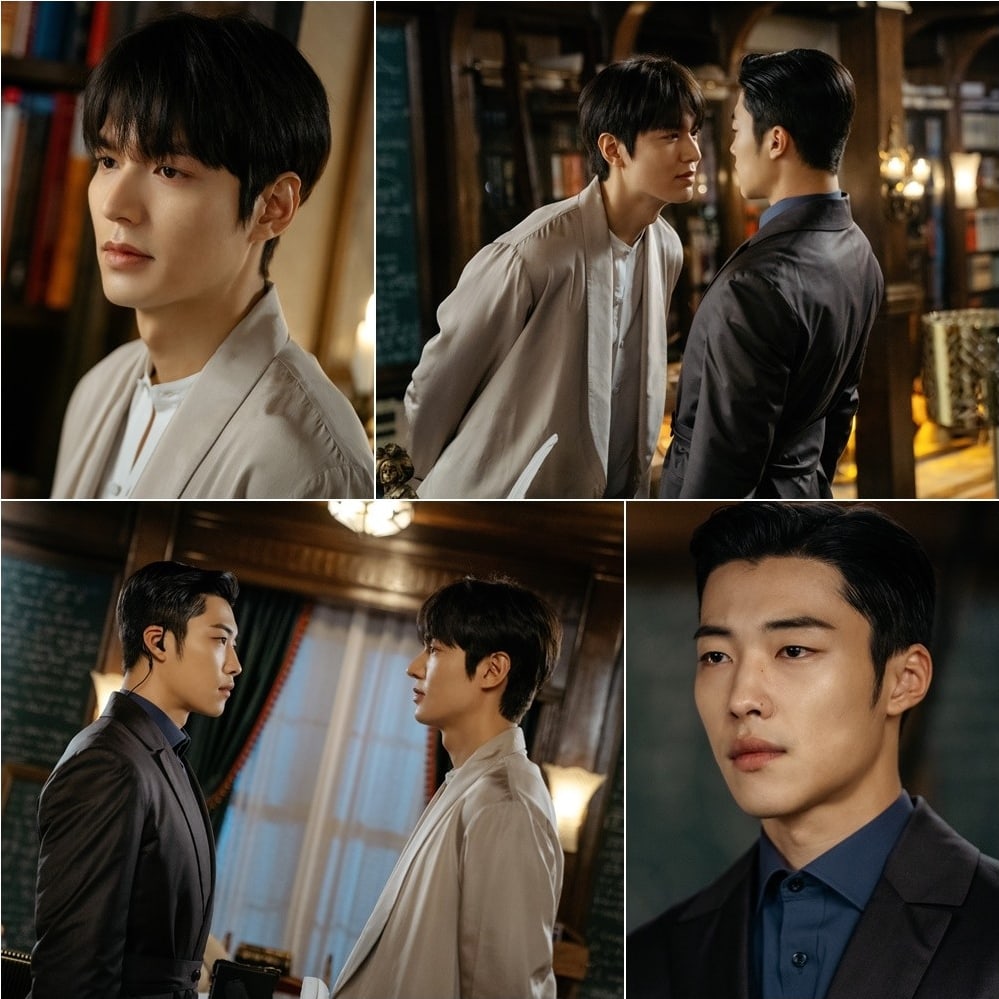 The producers of “The King: Eternal Monarch” remarked, “Lee Min Ho and Woo Do Hwan were able to naturally convey the soulmate relationship between the emperor and his chief bodyguard, and they created a warm atmosphere throughout the entire shoot.”

They went on, “Please keep an eye on Lee Min Ho and Woo Do Hwan, who will be taking on the challenge of making a new kind of transformation through their acting in ‘The King: Eternal Monarch.'”

“The King: Eternal Monarch” is currently scheduled to premiere sometime in mid-April. In the meantime, you can check out a teaser for the drama here!