There are numerous dramas to choose from if you want to watch something as a pick-me-up, and it’s no secret that watching these kinds of dramas helps to boost people’s moods. If you need a good laugh, something light to take your mind off things, cute or sweet moments to fill your day, or heartwarming stories that will lift up your mood, check out the eight Chinese dramas below, as these shows provide just that! 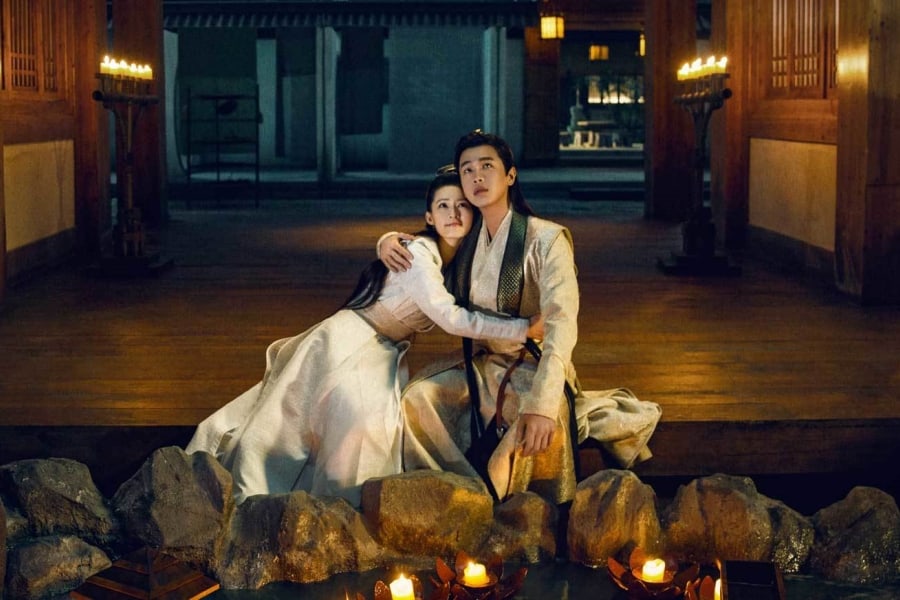 “Joy of Life” is based on a time-travel novel, though the drama isn’t exactly about someone that travels to the past, because of drama regulations on the genre. To get around this, the main character Fan Xian (Zhang Ruo Yun) starts as a baby with the knowledge and memories of the modern world. He grows up in a fairly sheltered world until an assassination attempt causes him to leave his home and investigate the truth. He gets entangled in numerous adventures and slowly unravels the truth about who he is.

If you’re looking for a drama that is downright humorous, “Joy of Life” is a great option to consider! This series was a hot topic during its run for its fantastic acting and comedic and well-written plot. There’s fantastically written dialogue that brings out the wittiness of the characters and provides lots of laughter for its play on words. The situations and encounters that Fan Xian runs into are also fun to watch as the ensemble works well together and has a great grasp of comedic timing. This show is also a beloved series with a second season in the works!

Catch the first episode of “Joy of Life”: 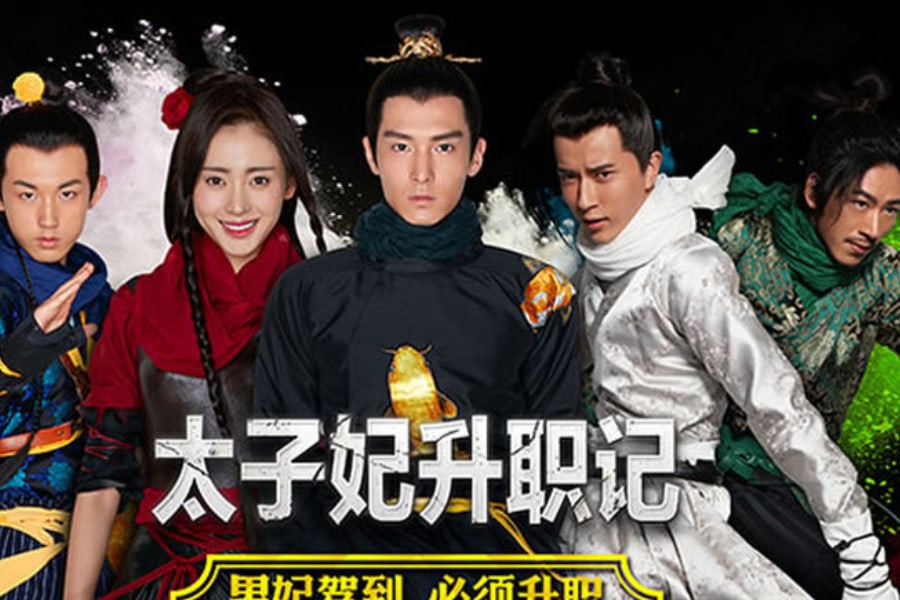 “Go Princess Go” follows Zhang Peng, a well-known playboy, who ends up falling into a pool that somehow magically transports him to the past as Zhang Peng Peng (Zhang Tian Ai), a crown princess. At first, he panics over being put in a woman’s body, but decides to take advantage of the situation and interacts with the women around him. However, the longer he stays, the more he realizes that he is attracted to the crown princess’ husband, Qi Sheng (Peter Sheng).

Fans of low-brow humor will love this drama. It’s a series that embraces its low budget and is not afraid to make fun of itself. Zhang Tian Ai does a fantastic job as Peng Peng, and the plot is so hilarious. Peng Peng steals the spotlight for her quirky and playful character as she disrupts the lives of those around her. The romance is just as comedic because the duo don’t get along initially and try to push each other’s buttons. Despite the limitations this drama had in terms of production, this show became a hit online for viewers who wanted a non-serious drama to just laugh at. 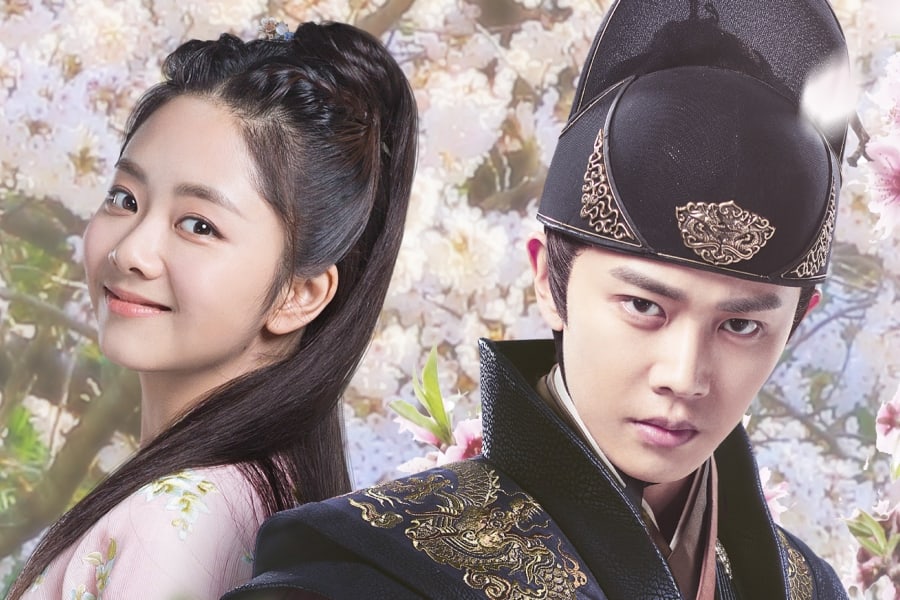 Lu Yi (Allen Ren) is ordered by the Emperor to investigate the loss of the coastal defense map. Along the way, he runs into Yuan Jinxia (Tan Song Yun), who is also an official, though of a lower ranking. They butt heads at their first meeting but end up working together as the cases continue build up. Their personalities and way of solving cases vastly differ, but they end up feeling attracted to each other as the investigations progress.

“Under the Power” is a surprisingly light investigative drama. Lu Yi’s stern and ruthless persona provides a great contrast to Jinxia’s lively and outspoken personality. This difference is what makes the drama so enjoyable to watch because they have to cooperate with each other despite their different methods of solving cases. Furthermore, the romance develops fairly quickly, and it’s absolutely adorable to see their dynamics change when romantic feelings come into play. For a mystery series with a cute romance, check this one out.

Catch the first episode of “Under the Power”: 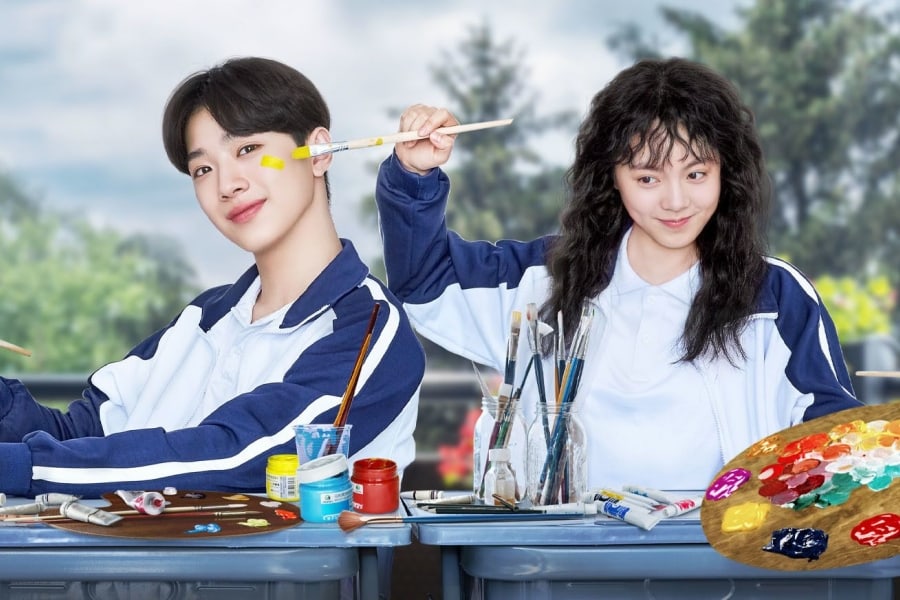 Just as the title suggests, this drama features a young love story between Liang You Nian (Lai Kuanlin) and Xia Miao Miao (Zhao Jin Mai). Xia Miao Miao is an average girl who falls for the smart and popular student, You Nian. More than just a romance, both of these students work towards achieving their dreams with each other’s support.

This show is quite cute and has a lot more depth than expected. Miao Miao goes through a physical transformation as the drama progresses, but what’s surprising is that it isn’t really a central focus of the drama. Rather than revolving around these changes, “A Little Thing Called First Love” shows how much Miao Miao improves in her studies and how she advances towards her dream of making clothes. Similarly, while You Nian is an all-rounder in terms of skills and talent, he does all he can to achieve his goal of becoming an architect and finishing the building his mother started but never got to complete. Those looking for a sweet romance and a nicely written story about youths who grow and progress together should give this series a try. 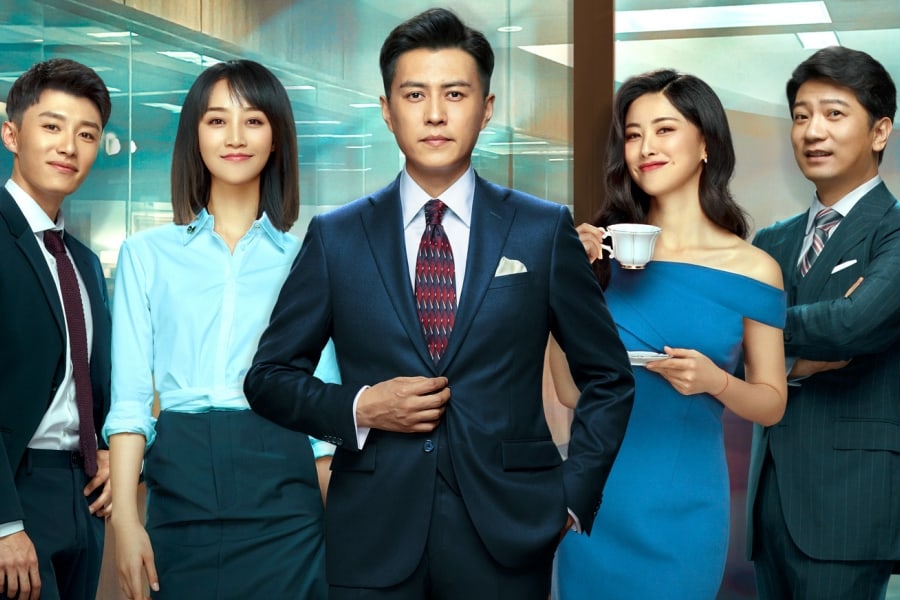 Dai Xi (Lan Ying Ying) is knowledgeable about laws but doesn’t have a license. Luo Bin (Jin Dong), a reputable lawyer, notices her talent and decides to take her under his wing as his assistant. They work together to handle a wide variety of cases; however, there are times when Dai Xi’s rash actions bring Luo Bin trouble. Along the way, Dai Xi’s strong sense of justice for the helpless also changes Luo Bin too.

This legal drama is refreshing to watch because Dai Xi tends to take on cases that help those who are in dire need, such as the elderly or those that cannot pay substantial legal fees. While this decision is not great for the law firm as a business, she remains headstrong in using her abilities to defend them. It’s satisfying to watch as she finds justice for these people. Luo Bin, who tends to be more pragmatic, eventually warms up to the strong morals she carries. As they team up, it’s rewarding to see them outsmart their competitors and terrible people that try to scam others.

Catch the first episode of “The Best Partner”:

“The First Half of My Life” 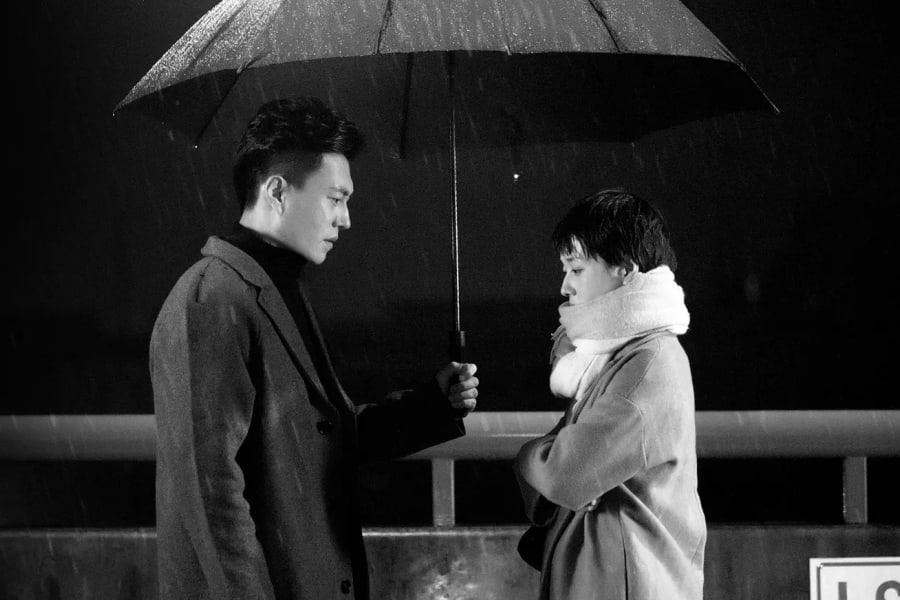 Luo Zi Jun (Ma Yi Li) seemingly has the perfect and ideal life: she is married to a doting husband who makes a good living, has a caretaker for her child, and has all the time in the world to shop and buy luxury goods as she pleases. But her life turns upside down when her husband Chen Jun Sheng (Lei Jia Yin) wants a divorce to be with someone else. Zi Jun decides to pick up the pieces of her life, come into her own being, and find herself again with the help of her best friend Tang Jing (Yuan Quan) and Tang Jing’s boyfriend He Han (Jin Dong).

“The First Half of My Life” provides such great character development for the female lead. It’s especially welcoming considering her ex-husband looks down on her capabilities to get her life together — believing that she has lived such a pampered life that she cannot survive without him there to help her. While Zi Jun does struggle and often needs the support of Tang Jing and He Han, she becomes stronger and realizes that she can, in fact, be on her own. It’s a lovely show about a woman who grows, navigates the world once again, and triumphs!

Catch the first episode of “The First Half of My Life”: 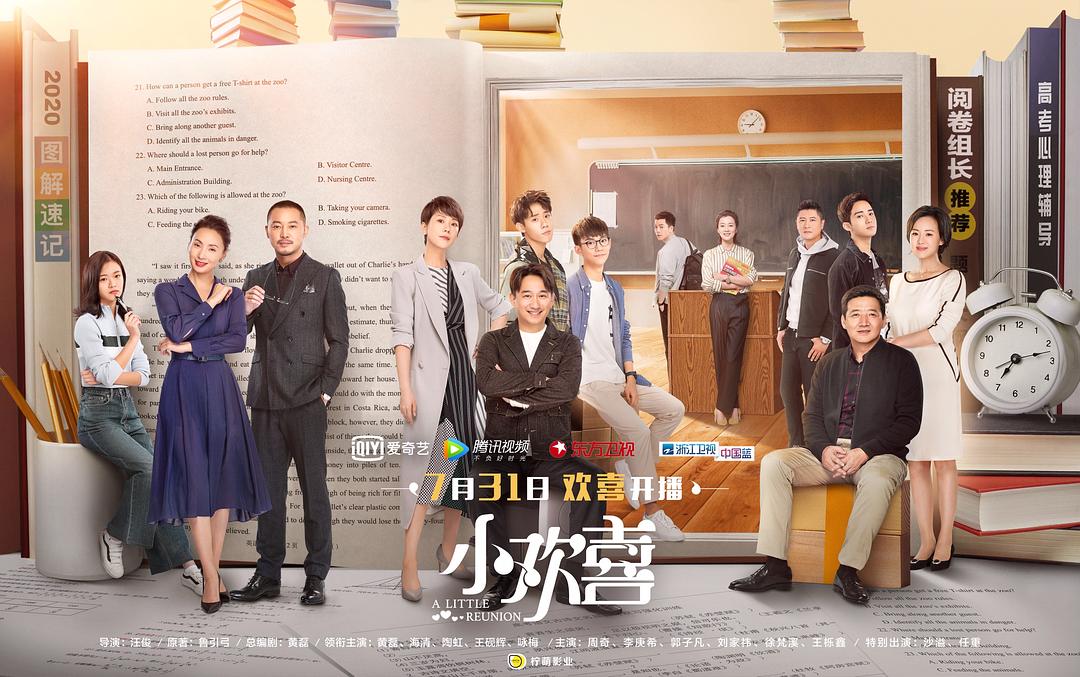 “A Little Reunion” follows three families whose dynamics and ways of raising their children all differ. Fang Yuan (Huang Lei) and Tong Wen Jie (Hai Qing) have a son whose scores are near the bottom of his class, and they take up the challenge to raise Wen Jie’s nephew who comes from the countryside. Song Qian (Tao Hong) and Qiao Wei Dong (Sha Yi) are a divorced couple whose bitter feud has started affecting their daughter’s mental state. Lastly, Liu Jing (Yong Mei) and Ji Sheng Li (Wang Yan Hui) are working to form a bond with their son after they have lived away from him because of Ji Sheng Li’s work obligations. Tensions rise within the families as work difficulties and the impending gaokao (their national college entrance exam) for their kids gets thrown into the mix.

As a fan of school/youth dramas, this one is absolutely a favorite! It does such a great job of exploring how the adults parent their kids and learn from their errors. They apologize, they reflect, and though they may falter at times, they ultimately do what they can to support their children. The series also does a wonderful job of addressing the mental state of kids, especially the tidbits of the school implementing sessions to help students deal with stress or rifts between the parent and child. There are so many lovely moments that will turn you to tears with how considerate the family members are and a plethora of touching scenes as they begin to understand one another.

“When We Were Young” 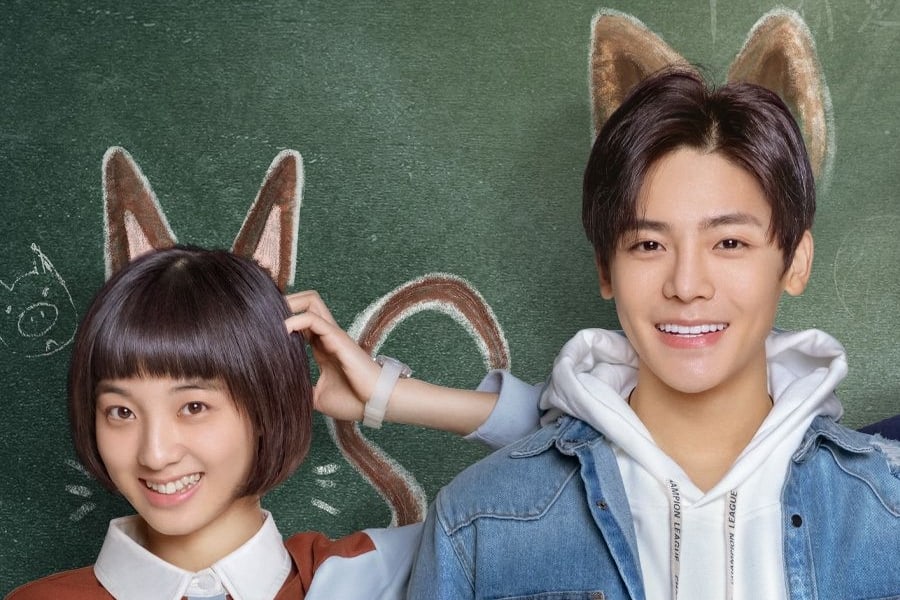 Yang Xi (Wan Peng) spends her birthday money to buy a bicycle. Unfortunately, a thief runs off with it. During the chase, a classroom’s lab explodes from a student’s experiment gone wrong and leads to Yang Xi injuring her leg. When school finally starts, Hua Biao (Hou Ming Hao) transfers to her class, and she finds out he was culprit behind her injury. Despite not getting along initially, they actually become great friends who rely on each other when life gets too hard.

Viewers looking for a wholesome show need to give this series a go! Hua Biao’s entrance into the school may have caused wild rumors to spread about him, but he is actually one of the sweetest, most considerate, and resilient characters. He does what he can for others, such as getting Yang Xi out of her slump after she fails to improve academically and providing for his grandmother. It is even more heartwarming to see Yang Xi and other classmates stepping in to lift off some of the burdens he has since he has trouble relying on others. Overall, this show is an incredibly moving story about friendships and family, and watching it will surely warm your heart.

Catch the first episode of “When We Were Young”:

Hey Soompiers, what are your go-to dramas when you need a pick-me-up?

Soompi Spotlight
Go Princess Go
the first half of my life
When We Were Young
A Little Thing Called First Love
A Little Reunion
Joy of Life
Under the Power
The Best Partner
How does this article make you feel?