In a recent appearance on the March 26 broadcast of SBS Power FM’s “Lee Joon’s Young Street,” the members of ITZY shared how they were picked up by JYP Entertainment.

ITZY’s Yuna said, “In 2015, I went to a year-end festival where many different groups and artists were appearing. It was my first concert ever. I went with my sister, and as we were roaming around, lost, a woman came up to me and gave me her business card, asking me to contact her later.”

Ryujin shared a similar experience, saying, “I went to GOT7’s concert, and someone asked for my number in front of the restrooms, so I gave it to them. I was a little suspicious at first, but they were so adorable that I ended up giving them my number.”

After hearing Yuna’s and Ryujin’s stories, DJ Lee Joon said, “I failed auditions around 70 times. I didn’t audition for JYP, but I should have. I couldn’t dance at the time.” 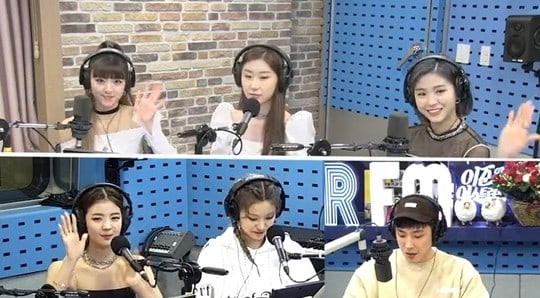 Lee Joon also asked if the group has any rules for their house. Yeji said, “We do. It’s Doran Doran (used to describe quiet, friendly conversation).” She explained, “Whenever we have differences in opinion, we talk about it.”

Chaeryeong added, “[Doran Doran] is a type of program that we made. Where you can easily have conversation.”

Yeji said, “If there’s something someone is upset about, they have to talk about it. We thought it would be good to discuss things in a light atmosphere, so we made Doran Doran.”

ITZY
Lee Joon's Young Street
How does this article make you feel?