“Once Again” tells the story of four siblings, following their individual lives and comparing their opinions on marriage and divorce. Lee Min Jung plays Song Na Hee, the second oldest daughter of the family who is a realistic and strict pediatrician. Lee Sang Yeob plays Song Na Hee’s perfect husband and fellow pediatrician Yoon Gyu Jin. Having developed their love since medical school, they eventually married and are now working together at the same hospital.

With rising anticipation for their upcoming chemistry, new stills have been released of Song Na Hee and Yoon Gyu Jin glaring sharply at each other amidst a cold atmosphere. The two appear wary of each other as they share a strangely tense silence. The stills showcase the moment in which Yoon Gyu Jin unintentionally gets on Song Na Hee’s nerves after witnessing her having an argument with her rival and past classmate from medical school Park Ji Yeon (Shin Soo Jung). 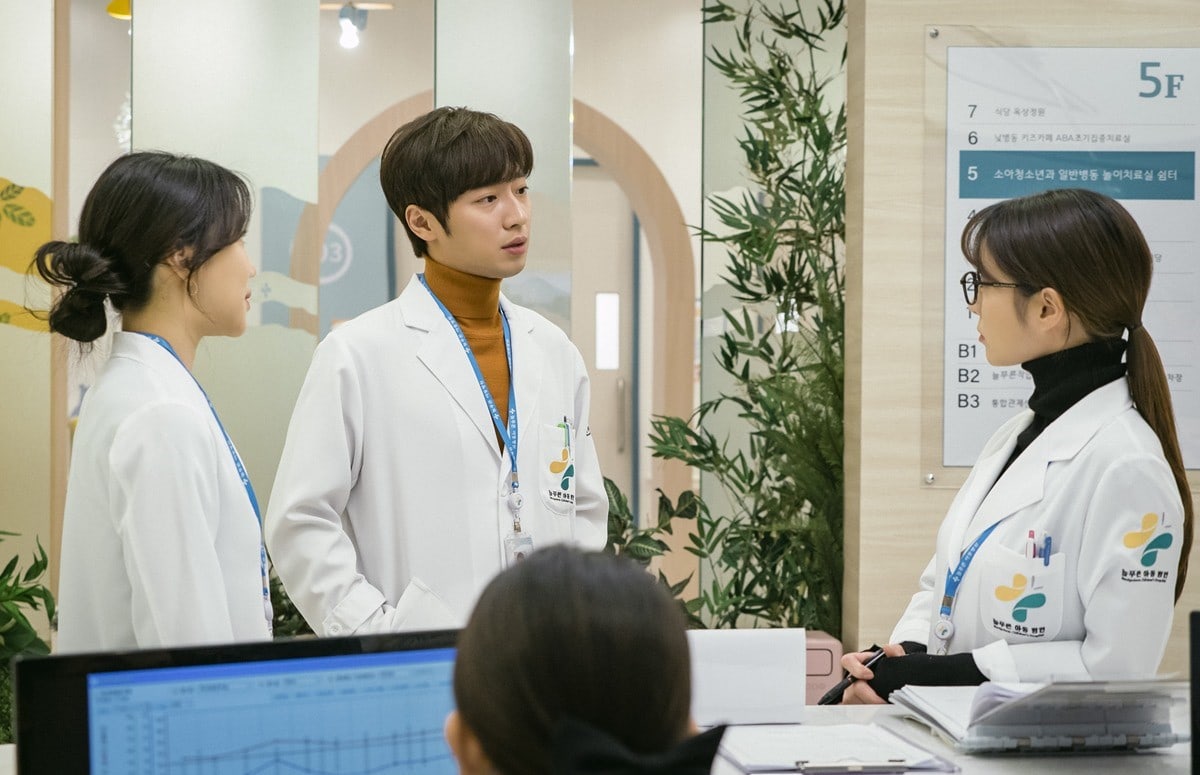 Although Yoon Gyu Jin is normally a sentimental and warmhearted character, he exudes a sharper aura in the new stills, causing viewers to feel the tension between the couple. Song Na Hee also has a stiff expression, indicating that something has occurred to shake up their relationship.

“Once Again” premieres on March 28 at 7:55 p.m. KST and will be available on Viki with English subtitles.