On the March 26 broadcast of MBC’s “Idol Radio,” hosted by WINNER’s Kang Seung Yoon, Stray Kids talked about their world tour, after wrapping the U.S. leg in February.

Hyunjin said, “It was a fascinating experience, and it was an honor to have gone to eight cities [in the U.S.], but on top of that, the fans were so great. Rather than having concerts, it was more like we were all just hanging out together.”

Felix commented, “Going around to eight cities was so much fun, and it was great getting to see so many [fans] on our first tour. We’ll be back soon.”

On their new song “On Track,” which was released in celebration of their second debut anniversary, Changbin, who wrote the lyrics for the song, said, “The song is a sensitive portrayal of our determination to go one step closer to our childhood dreams, values, and goals.”

Hyunjin, who played the lead in the music video, said, “It was fun acting for the first time. Though it was kind of funny acting with the members, we reminded ourselves that it was work and worked well together.”

In a closing message to fans, Hyunjin said, “These days, it’s hard to show our faces, but our fans are always with us, and it gives us a lot of strength.” Lee Know said, “Yesterday was our second debut anniversary. Thank you to all of the fans that have been with us for two years. We’ll work even harder in the future.”

Seungmin added, “We’ve at last come upon two years, and we’ll work hard and be by your side for the next 10, 20 years, so stay with us.”

Bang Chan said, “On our second anniversary, looking back on how the Stray Kids members have loved each other and gotten along, I felt really proud. I’m happy we were able to show our friendship and closeness to everyone today. Our new song ‘On Track’ is out, and even now, we are continuing to work on new songs. We are working on many songs to gift to fans, so please look forward to it.” 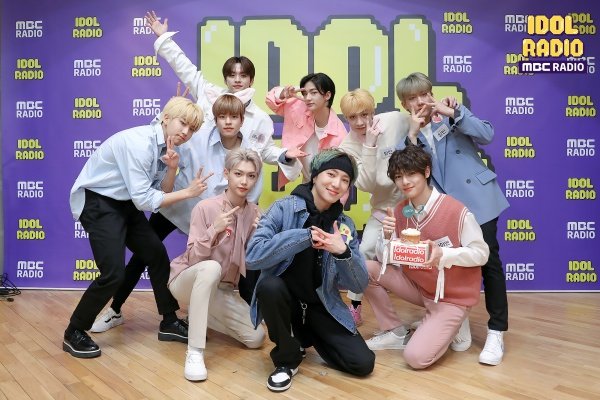 Stray Kids
Idol Radio
How does this article make you feel?