VIXX’s Ravi revealed a hilarious but upsetting story from his middle school days!

On the March 28 episode of JTBC’s “Ask Us Anything,” Ravi appeared as a guest alongside SEVENTEEN‘s Seungkwan. During the show’s signature guessing game, Ravi asked the cast members, “What memory do I think of when I see Min Kyung Hoon?”

When Ravi hinted that it was a slightly bitter memory, Seo Jang Hoon immediately guessed, “There was a girl you liked, so you went with her and a bunch of friends to karaoke. Although you wanted to look good in front of her, one of your friends sang one of Min Kyung Hoon’s songs, and after listening to his song, the girl you liked began dating him.”

Although Seo Jang Hoon was wrong, Ravi revealed that about half of his guess was right. 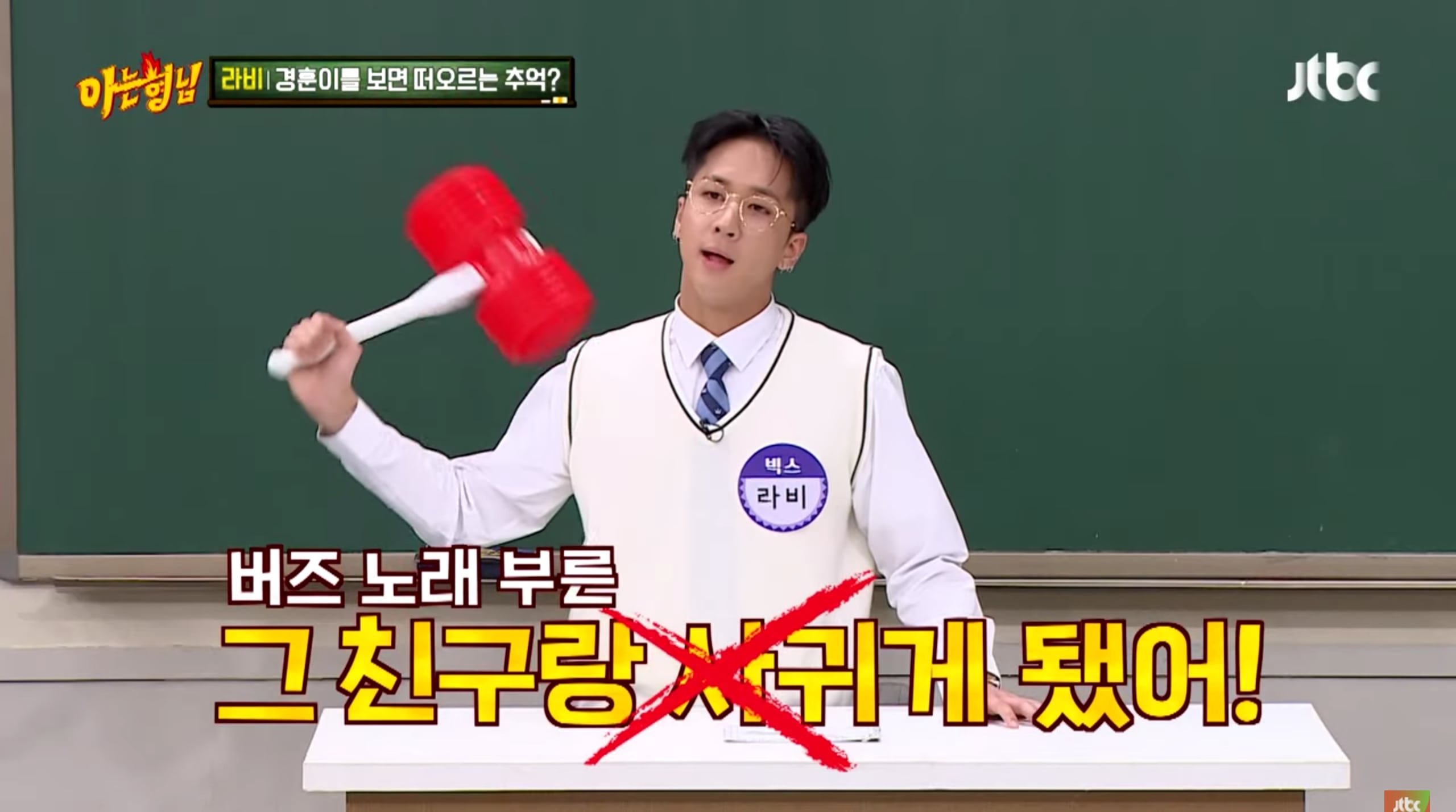 After a flood of incorrect answers, Seo Jang Hoon finally guessed, “You sang Min Kyung Hoon’s song to look good in front of the girl, but she walked out.”

Ravi excitedly exclaimed that he was 99.9 percent right, and Super Junior‘s Kim Heechul then correctly answered, “You were singing Min Kyung Hoon’s ‘Thorn,’ but the girl you liked pressed ‘cancel’ on the karaoke machine and walked out.” 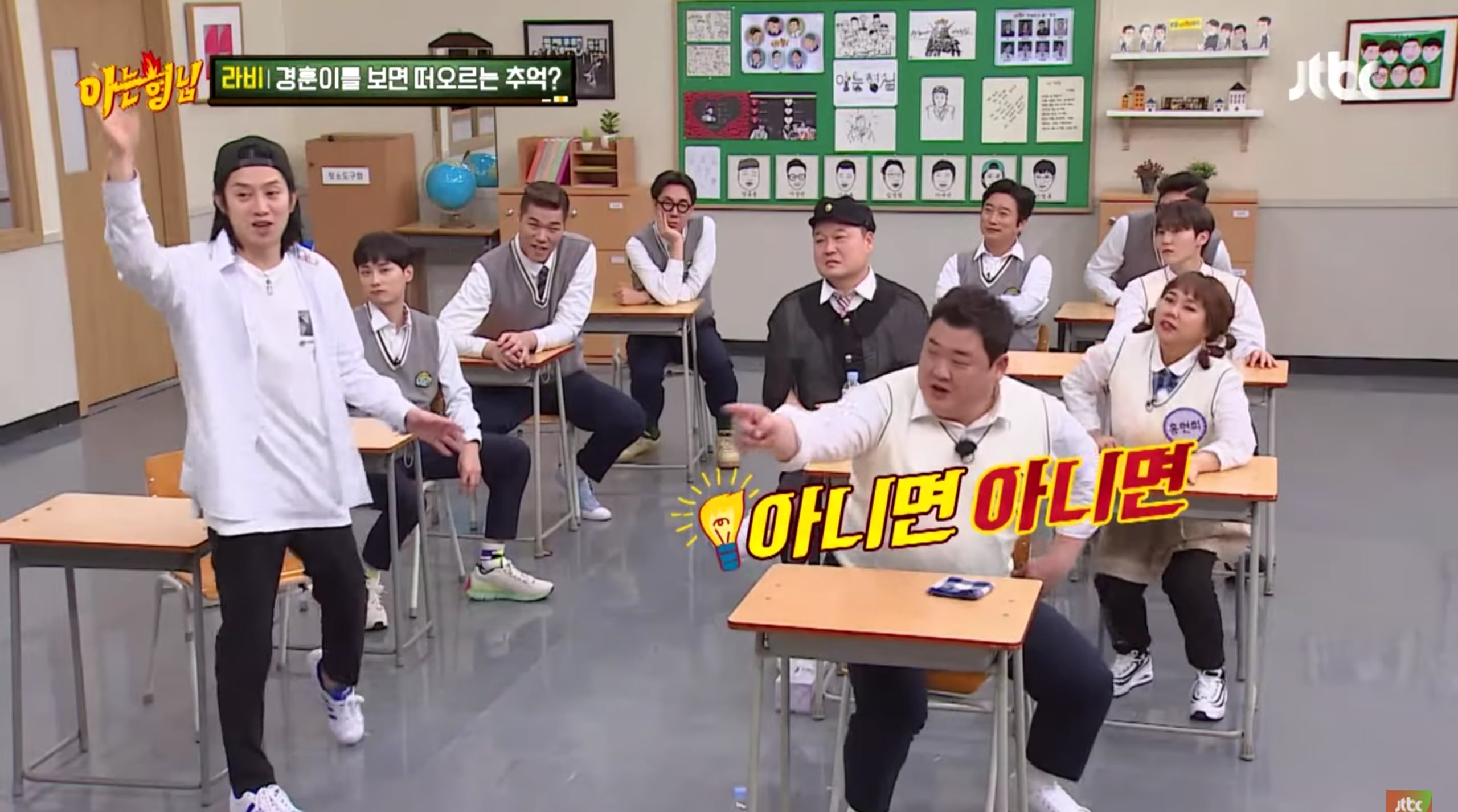 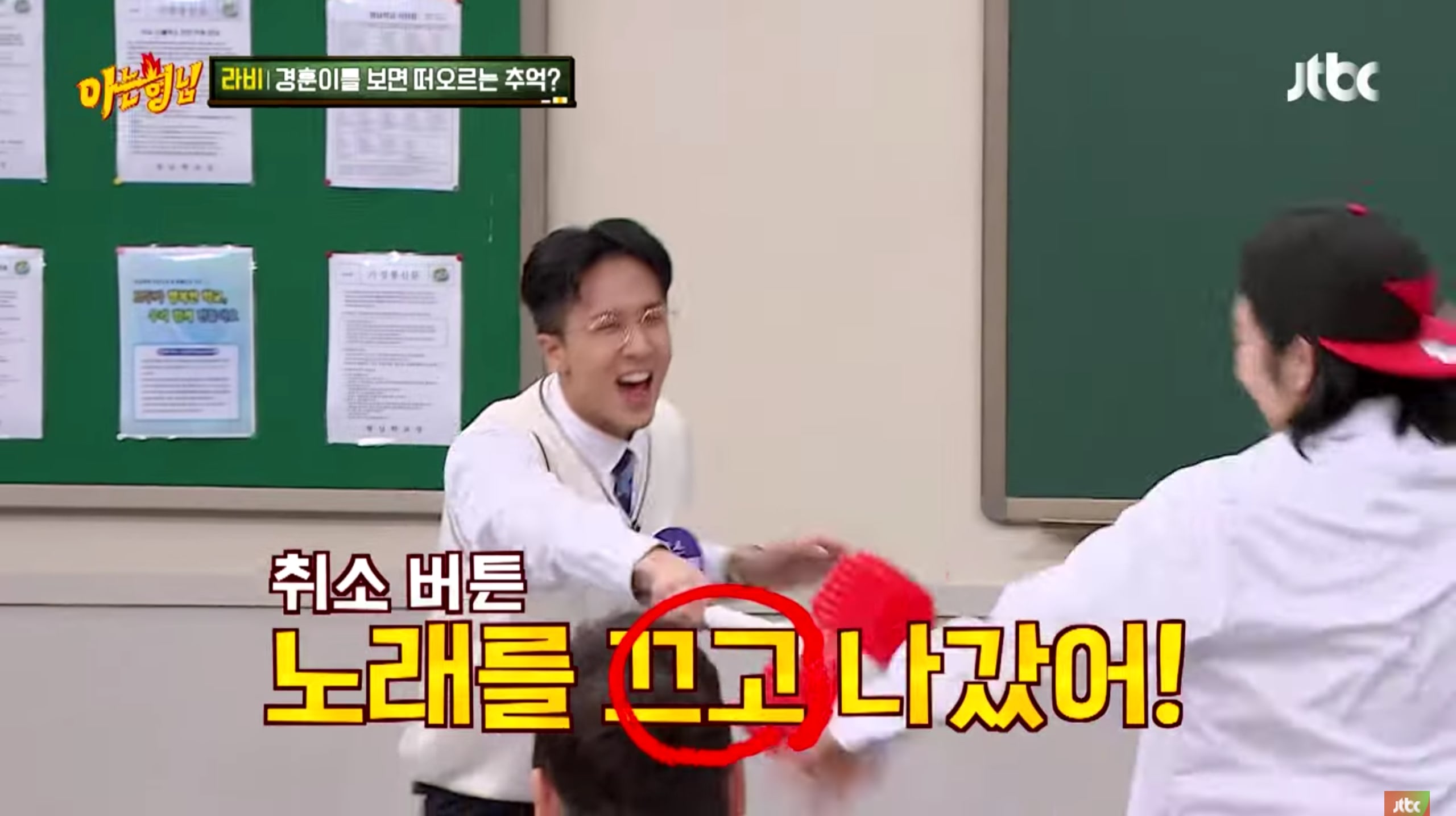 Ravi explained, “I had already gotten rejected by that girl many times. But since I had that opportunity, I wanted to sing for her. I was singing ‘Thorn,’ but she felt uncomfortable, so she turned it off and left.” He added that the story was from around middle school and that he had practiced the song a lot beforehand.

Heechul asked if they ever ended up dating, and Ravi answered, “No, I just liked her for a really long time.”

When Kang Ho Dong questioned why she hadn’t liked him, Ravi responded, “I think things went wrong from the very beginning. I heard from my friend that she was the prettiest girl in school, so I went to see her, and she really was so pretty. I immediately went to the stationery store and bought a necklace. I gave her the necklace and told her that I thought I liked her and wanted to date. But from her perspective, I was someone she was seeing for the first time, and I was already gifting her a necklace and saying I liked her. So from there, we got off on the wrong foot.”

Ravi continued, “Because I was in one-sided love for so long, I learned a lot from it. Now, when I like someone, I don’t really show it.” 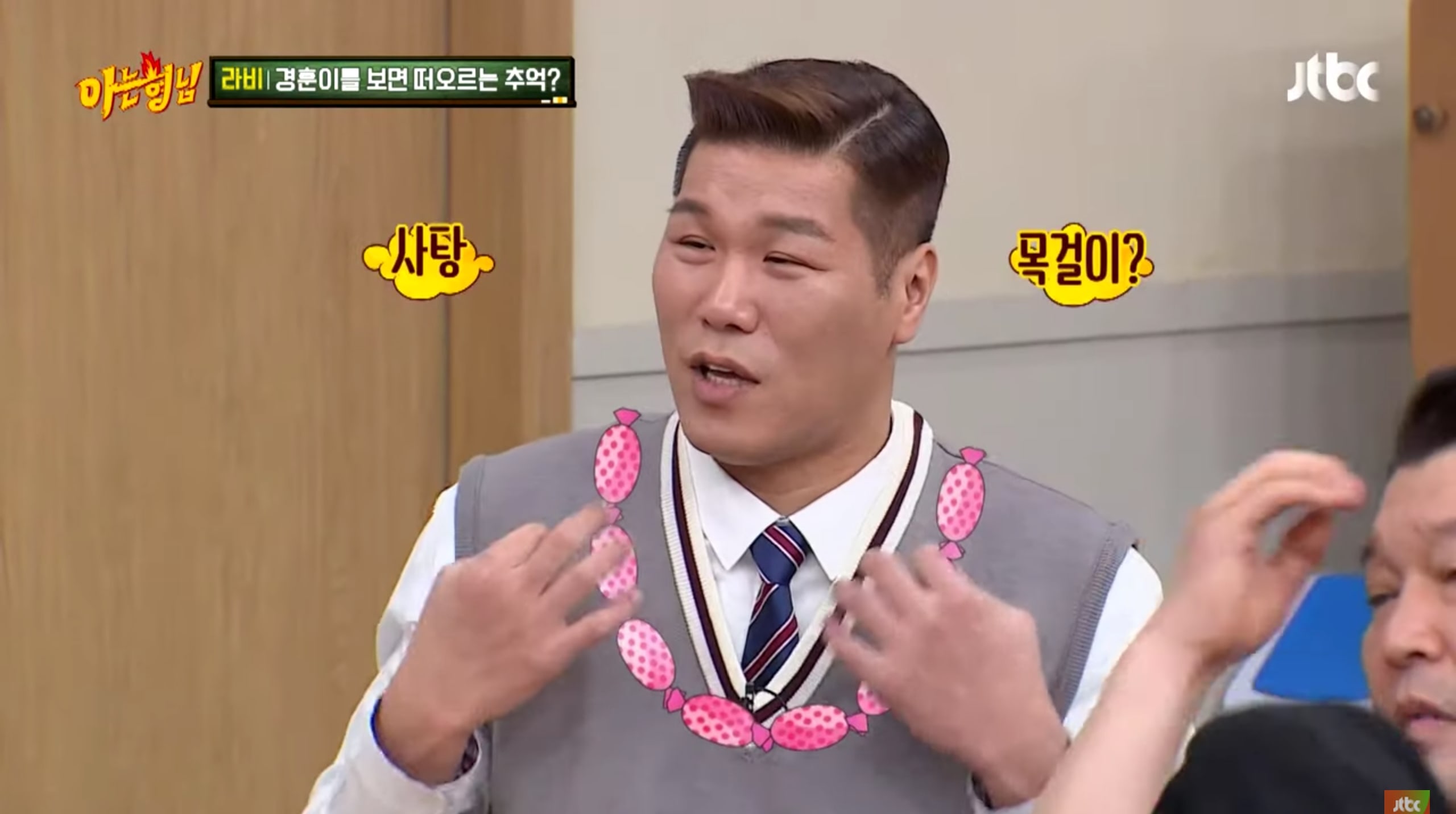