tvN’s Monday-Tuesday drama “A Piece of Your Mind” has shared new stills of Chae Soo Bin and Jung Hae In.

In the last episode, Ha Won asked Seo Woo to give him the voice recording of his unrequited love Kim Ji Soo (Park Joo Hyun). Near the end of the episode, Kim Ji Soo, who left for Norway on her own to escape unhappiness, died in an unexpected snowstorm. Seo Woo, who was on the phone with Kim Ji Soo at the moment of her death, cried because she couldn’t do anything for her. Ha Won didn’t know what had happened and grew tired of waiting for Kim Ji Soo. At the end, he said, “I’ll stop waiting for you.”

In the new stills, Ha Won is grieving over the loss. His empty eyes and thin appearance point out that he seems to have lost meaning in life. On the other hand, Seo Woo can be seen climbing over a wall. Her wide eyes discover something, and her gaze fills with joy and relief. Seo Woo is trying to climb over the wall because she wants to check up on Ha Won, who has been grieving over the death of his unrequited love. 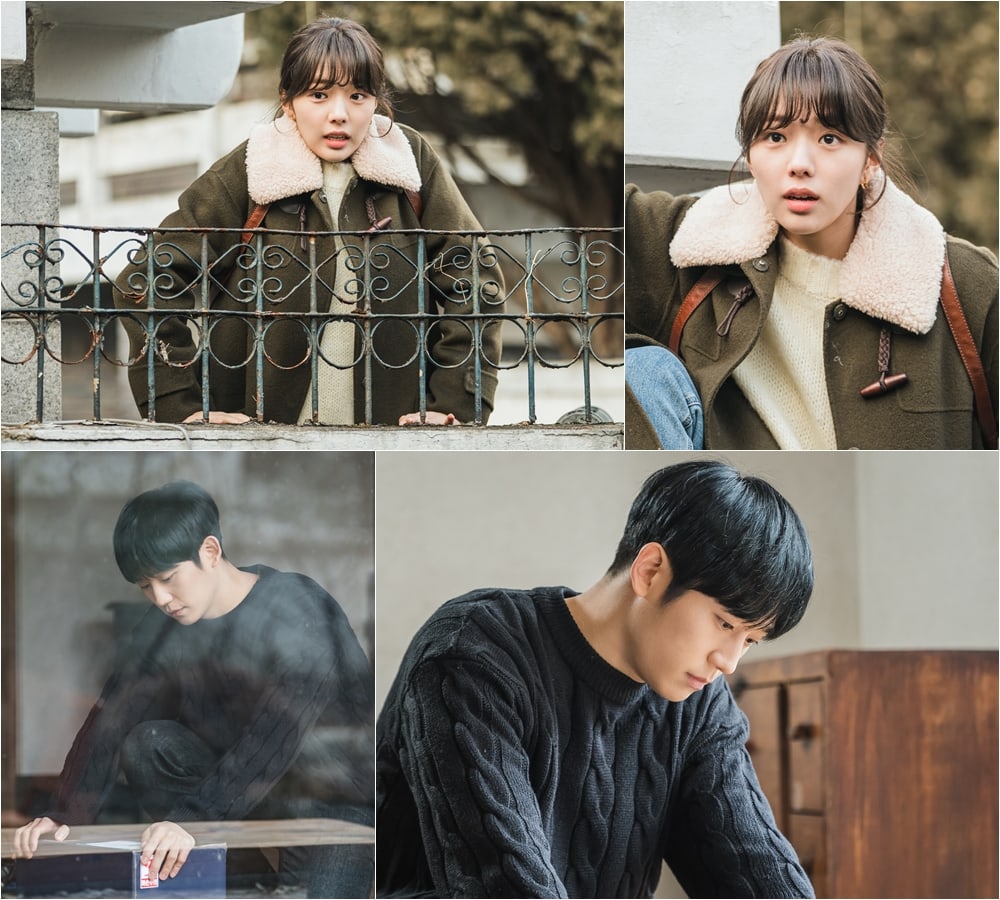 The production crew said, “This week’s episode will feature Ha Won’s and Seo Woo’s own ways of healing from the same shock and pain of losing Kim Ji Soo. The sweet process in which Ha Won and Seo Woo empathize with each other and become friends will spread good feelings. Please look forward to it.”

Check out the latest episode of “A Piece of Your Mind” below!