On March 29, the drama dropped new stills of Cha Yu Ri facing an exorcist (Yang Kyung Won). The exorcist’s expression is unreadable, but there is a cold glint in his eyes. Ms. Mi Dong (Yoon Sa Bong) attempts to protect Cha Yu Ri, who is feeling anxious, and the atmosphere is strained with tension. In a previously-aired preview for the upcoming episode, the exorcist told Cha Yu Ri, “I’m here to take your daughter.” This surprising turn of events is likely to trigger a change in Cha Yu Ri’s decisions from now on. 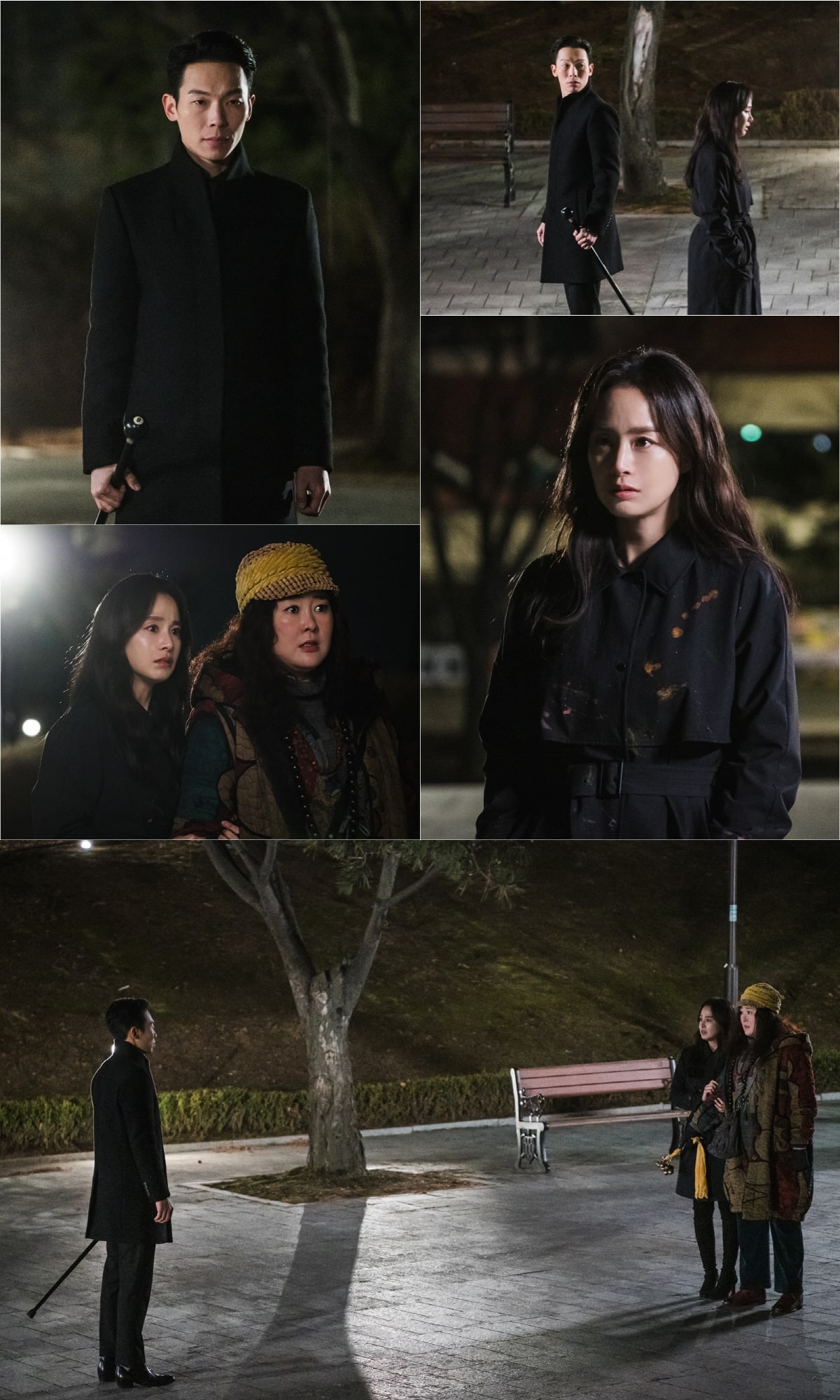