The most-recent episode of MBC’s “The King of Mask Singer,” the identity of Spring Girl was revealed to be a member of a girl group who is known for popularizing a way of making hearts with one’s hands.

“The King of Mask Singer” followed the group of contestants as they battled it out to dethrone the current king. The second round that Spring Girl going up against Half-Moon Prince. Spring Girl performed WeatherForecast’s “As Long as I Have You” and showcased her clear vocal tone while Half-Moon Prince performed an emotional rendition of MC The Max’s “Shout For Love.”

The battle between the two singers was fierce, and Half-Moon Prince moved on to the next round with just a single vote difference of 11 to 10 votes. Spring Girl removed her mask to reveal that it was none other than LOONA’s Chuu. 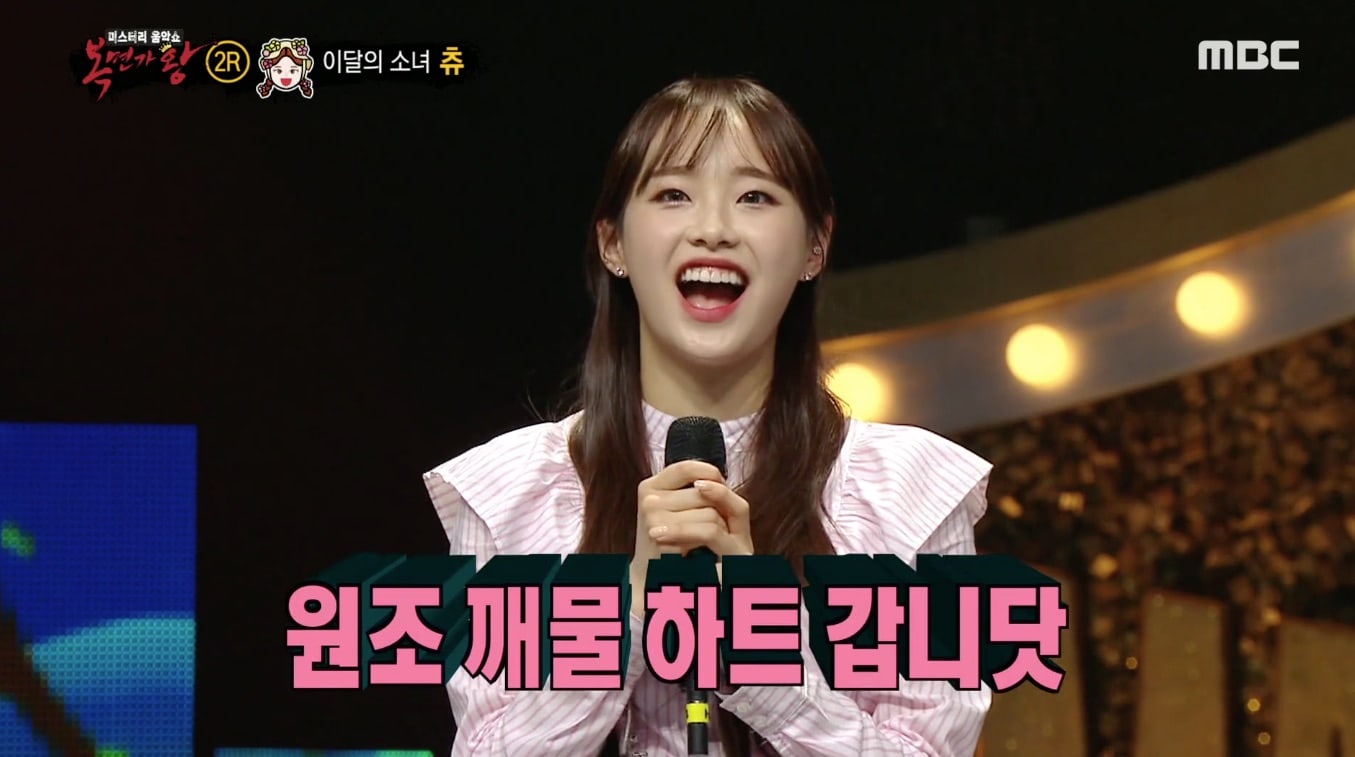 When Kim Sung Joo said, “I heard that you prepared for this stage as much as you prepared for your debut,” Chuu explained, “My family really likes ‘The King of Mask Singer’ and they said it was their dream to see me on the show. That’s why I worked even harder.”

Chuu also talked about how she popularized the “bite heart,” and she even demonstrated how to do it as she said, “So many seniors I look up to have done it, so today, I want to do it for everyone.” 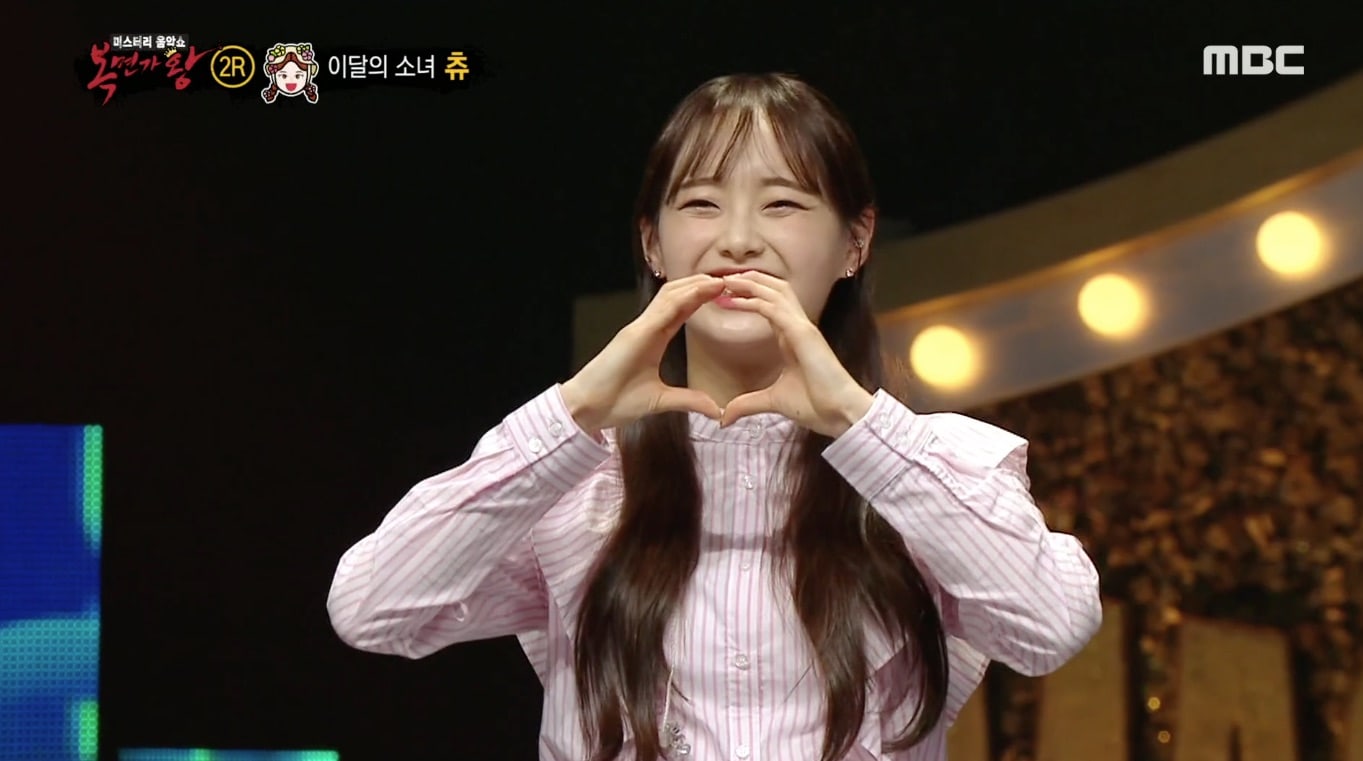 After the show, Chuu took to LOONA’s official social media accounts to share her experience and she wrote, “Everyone, it’s Chuu. You were surprised, right? The weather’s gotten warmer and the flowers are blooming, spring is here! I wanted to sing for our Orbits [LOONA’s official fan club name], so I greeted everyone as Spring Girl! Most of all, I was so happy to be able to sing for so many people. Though I do have some regrets about my performance, it was such a meaningful experience and I’m so happy because it felt like I took a step towards more growth. I hope there will be more opportunities in the future to sing for you, and I will always be the hardworking Spring Girl Chuu. Orbits, I love you. Be sure to wear masks and stay safe.”

LOONA
Chuu
The King of Mask Singer
How does this article make you feel?