During the radio broadcast, Suho talked about how the members suggested for him to appear on “Kim Shin Young’s Hope Song At Noon” since the members had such a good time the last time they appeared on the show. When told he looked younger than his initial debut days, Suho replied, “I understand very well what you mean. Back then, the concept was strong, and I didn’t eat well. I looked older because my face was thin and caved in.” 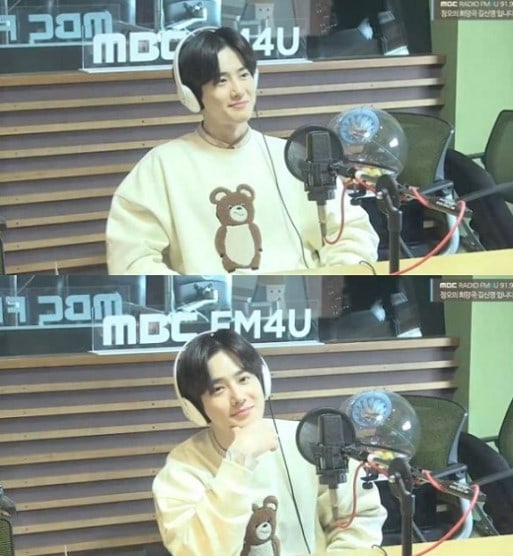 Suho also shared that he treats celebrity juniors and actor friends to food. He hilariously joked, “However, I don’t treat the members very often. There’s no reason for me to pay. I purposefully don’t attend a lot of the gatherings. I tell them I can’t go because I have work or a musical performance.”

Recently, Suho treated Park Ji Hoon to a meal. He explained, “I think it’s been about one or two months. After working out at the fitness center, it’s important to get protein, so I treated him to Korean food.” When asked to pick a senior artist who often treats others, Suho chose Super Junior‘s Kyuhyun.

On his recent solo debut, Suho shared that he chose “Let’s Love” as the title track because it was EXO’s signature phrase. He revealed, “The members said it was cheesy when they first heard the title. However, they said that they understood why it was the title after listening to the song,” adding that he thought fans would also enjoy the title. Furthermore, Suho explained that “Made in You” was a meaningful song since the lyrics portray what he wanted to express to fans at the end of a concert. Suho also stated that he enjoyed doing whatever he wanted for his solo album as he participated in each step of the production. 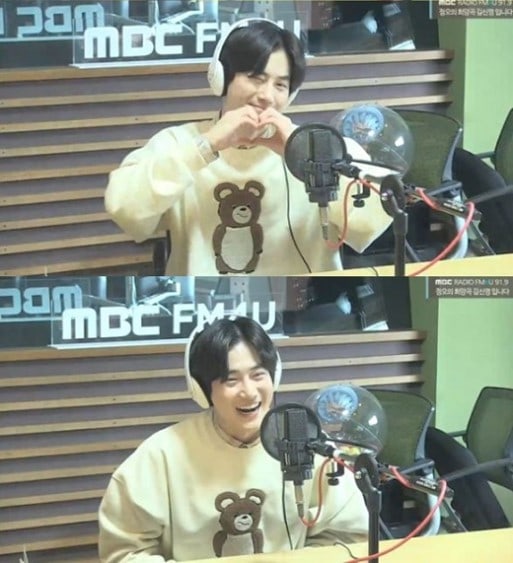 During a speedy Q&A round, Suho chose Chae Soo Bin when asked an actress he would like to film a romantic comedy with, and the member he thinks is second in passion to him is Chanyeol. On the member he wishes would have more passion, Suho chose Sehun, explaining that Sehun often gives up easily while gaming.

Suho also talked about a recent encounter with producer Lee Soo Man, who came to watch his musical performance. Suho said, “Producer Lee Soo Man said that he already knew I was good at singing, but it gave him chills after hearing it up close. When I told him I was releasing a solo album soon, he said he would look forward to it.”

Finally, Suho shared his wish to greet fans through live broadcasts, expressing his sincerity as he cannot meet them in-person these days.

If you haven’t already, watch the music video for Suho’s “Let’s Love” here!

EXO
Kim Shin Young's Hope Song at Noon
Suho
How does this article make you feel?