Watch: IU And Her Dad Play An April Fools’ Day Prank On Fans In Funny Video

IU has adorably pulled off an April Fools’ Day prank!

On April 1, IU uploaded a new episode of IU TV, titled “Fast and Furious.” The video begins with her in the car announcing, “Today, I’m going for a test ride. I bought a car. I finally got my driver’s license after 28 years (by Korean reckoning), before I turned 30. For this historic moment, I’ve invited IU TV so I can show you my driving.”

She invites her dad along for the ride, who she shares gave her a lot of help and taught her lots up until she got her license. She exclaims, “I practiced a lot. While getting in lots of trouble. It was a process that really hurt my pride. But I still learned diligently.” 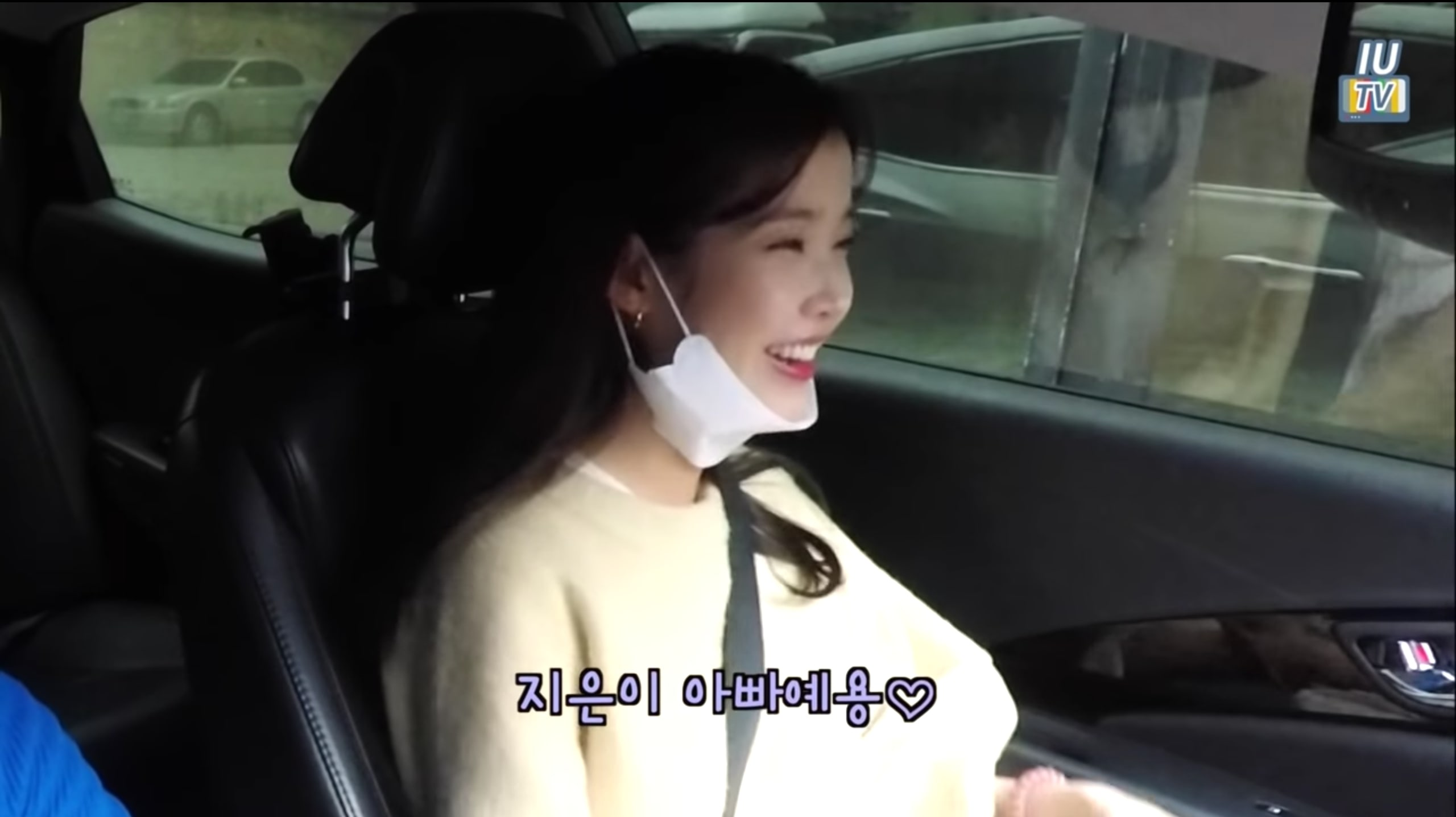 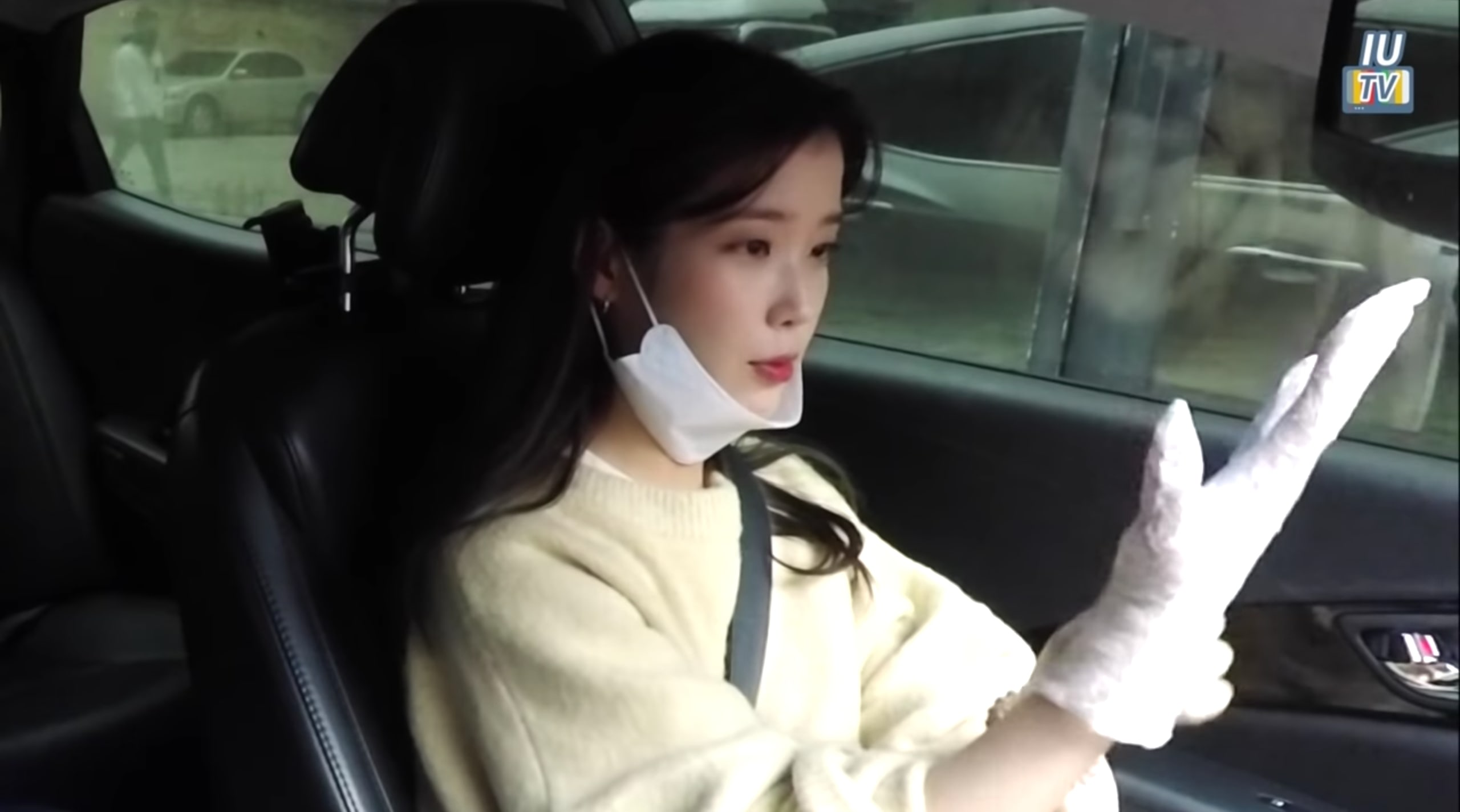 After IU slips on her lucky gloves, the two set off on their drive. Her dad makes small comments, telling her to slow down and turn on her blinker. When he says it’s hot, IU adorably asks him to turn on the AC because she isn’t experienced enough to multitask.

She tells her dad it hasn’t been long since she got her license and says, “I should’ve got it when I was younger.” Her dad responds, “I know! I kept telling you to quickly get it.” She explains, “As I age, I get more fearful.” He teases her saying, “More than fear, it’s because you have poor athleticism.” IU immediately retorts, “No, it’s because of fear. My athleticism is fine now. I’m not who I was in the past.” Her dad continues, “You’re so clumsy when you exercise.” She replies, “Haven’t you seen ‘Hotel Del Luna‘? I acted so diligently holding a knife.” Her dad interjects, “It’s all CGI,” making IU burst into laughter. 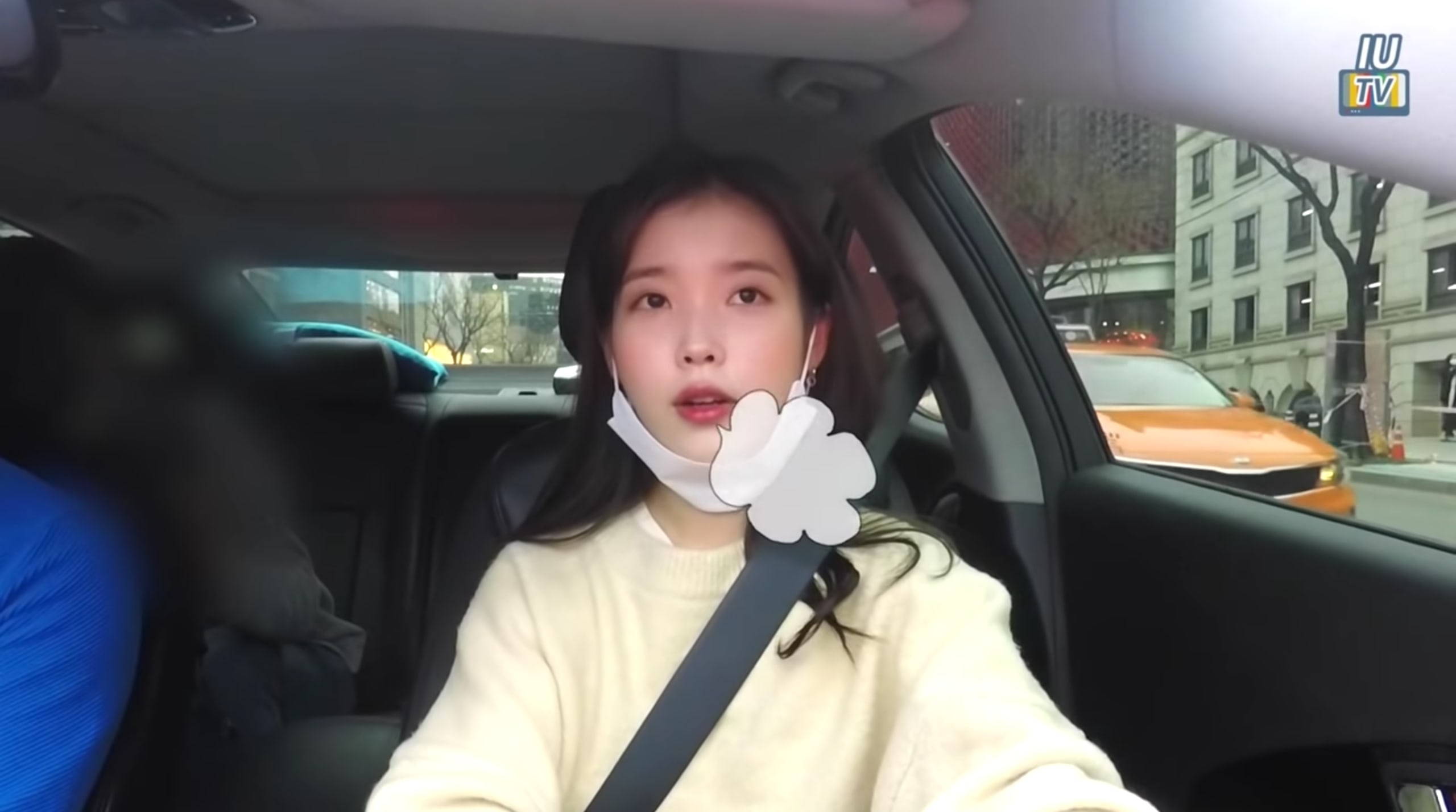 IU also makes sure that fans know she’s following the law by going 80 kilometers (approximately 50 miles) on the highway. Her dad asks, “Isn’t that too fast for a new driver?” She explains that you can’t go any slower out of consideration for the people behind you and her dad says that’s why she should’ve put a “new driver” sticker on her car. They spot another car with the exact sticker that also reads, “I should’ve just rode a horse.” IU laughs, but explains, “I am pretty good at riding horses though.” 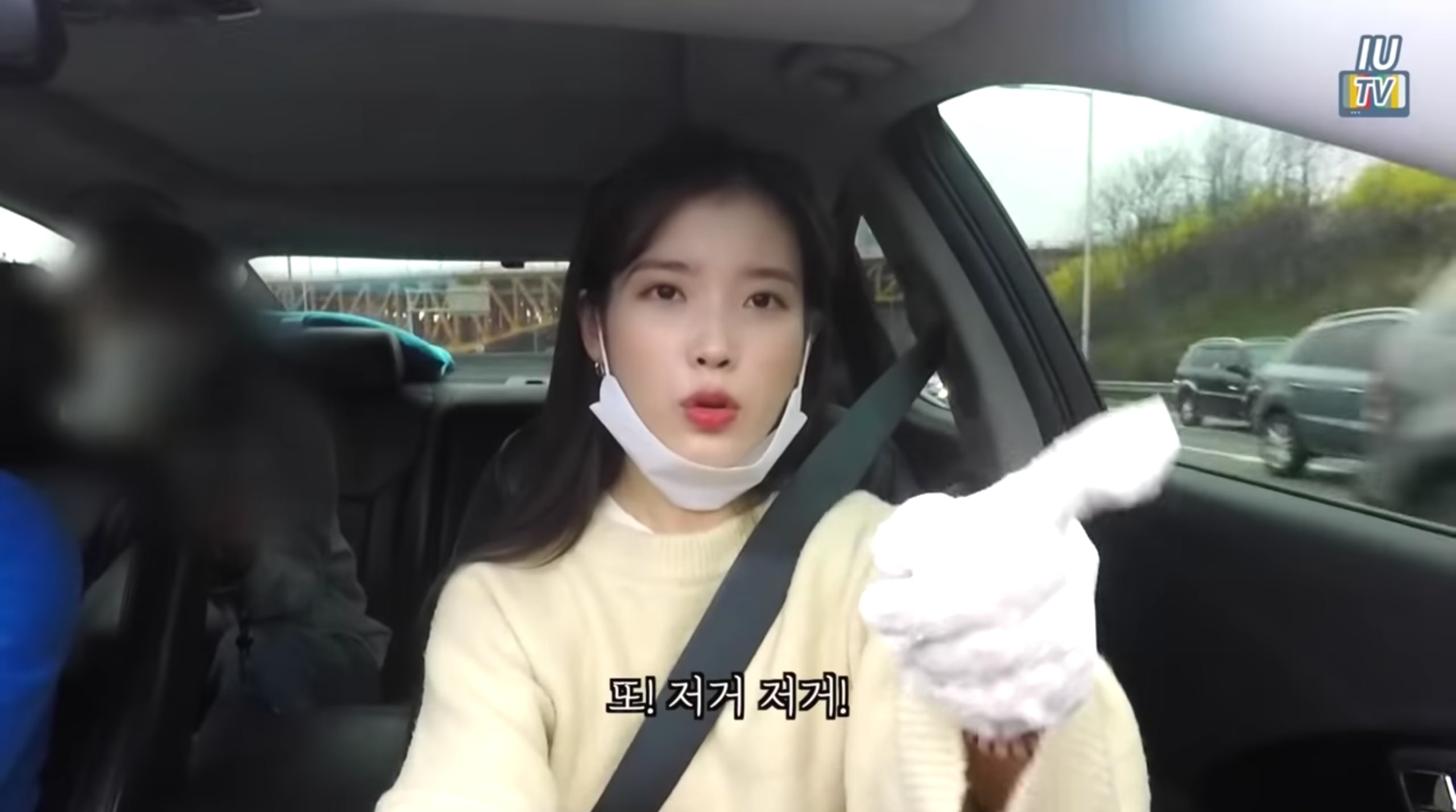 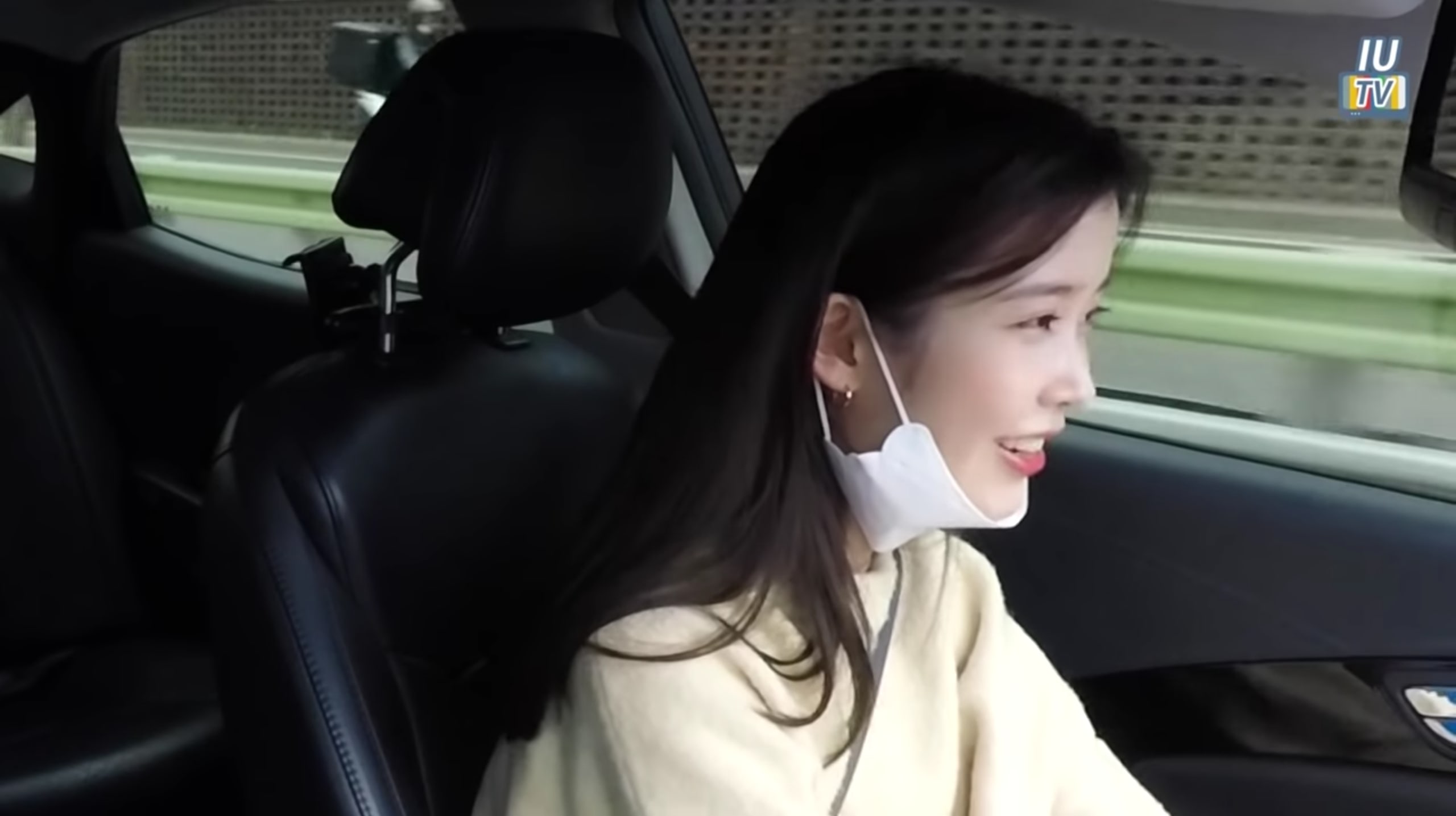 IU insists she’s also really good at parking, even backwards. Her dad jokes that her younger brother still can’t park backwards and she proudly asks him, “Are you watching? You have to be able to park backwards to be a real driver.”

As she rolls into a parking lot, she casually shares, “I get confused between the accelerator and brake pedals.” Despite that, she proudly shows off her impressive backwards parking, while her dad tells her to drive slowly until the very end.

Before she gets out, she puts on a mask and hat and then shockingly exits the car holding the steering wheel. She swings it on her arm and shares, “Wow, that was really difficult acting.” The video flashes back to earlier in her drive, where IU exclaims, “Should I just not drive?” before dramatically tearing the wheel off the dashboard. The screen flips, showing that IU was sitting in the passenger seat the whole video, holding a steering wheel up in front of her while her dad really drove. 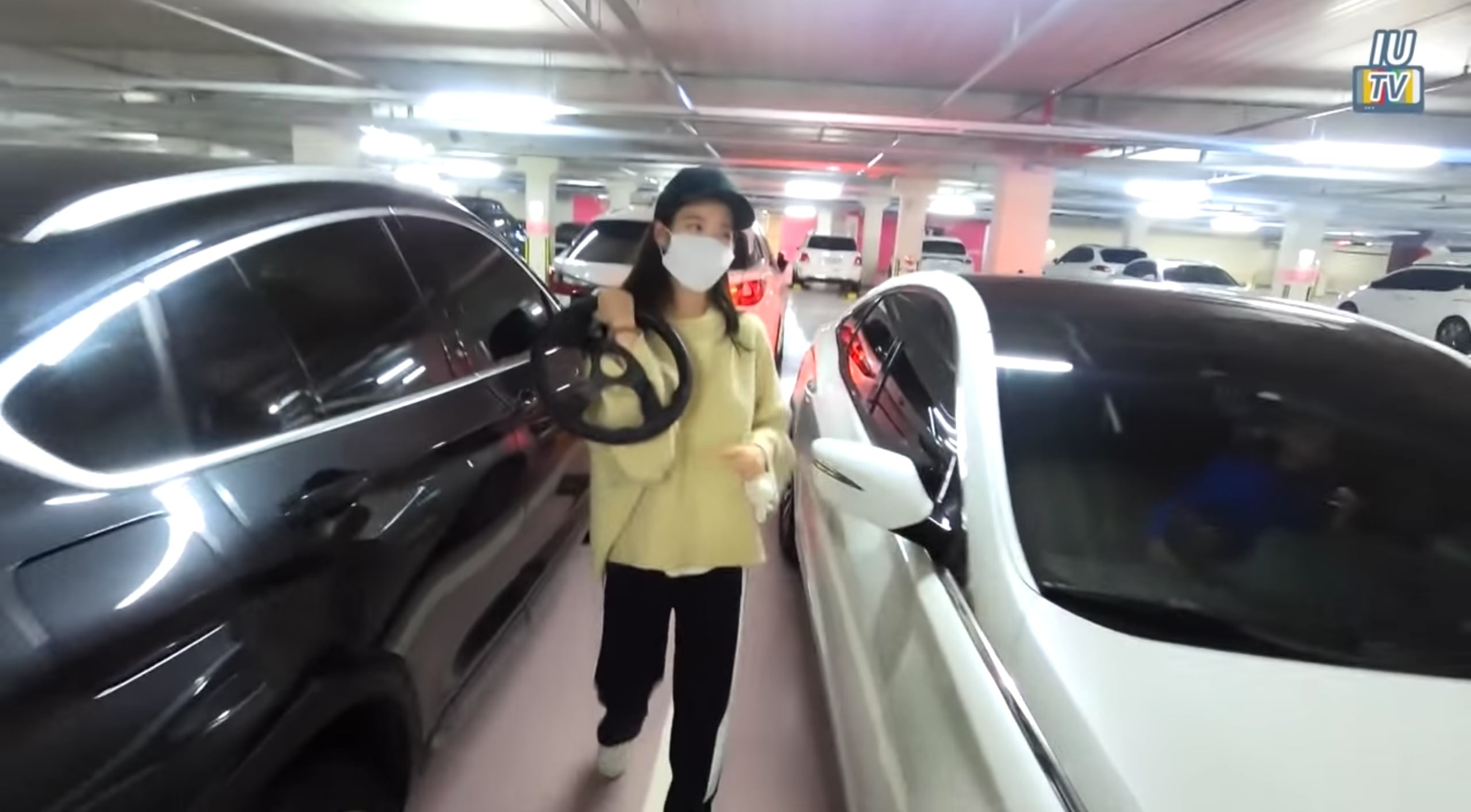 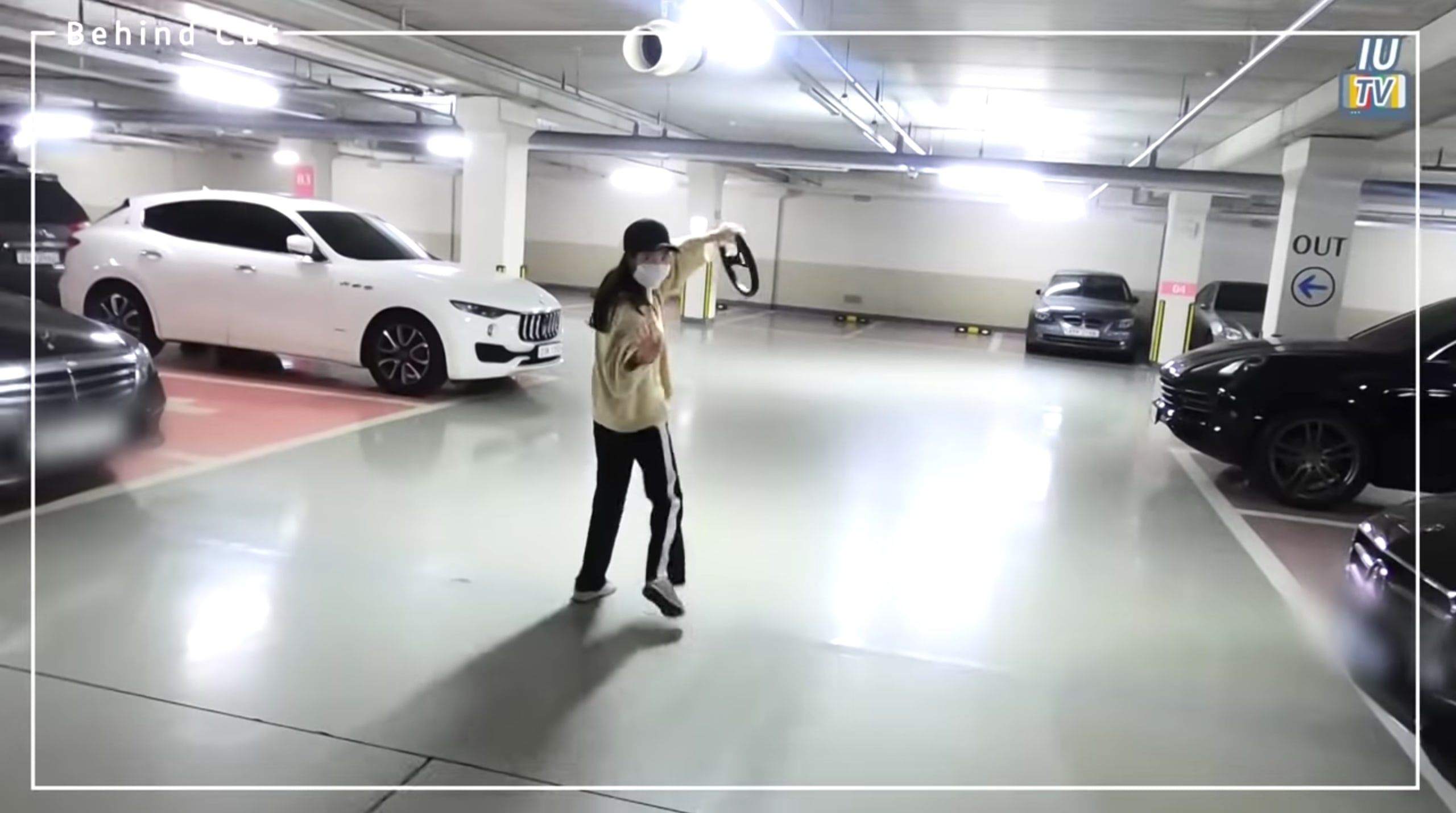 She continues to joke around, saying the handle is too heavy and that it hurts her shoulders. As her dad keeps driving, she complains that she keeps getting confused between turning left and right because she’s steering the opposite way. She asks how exactly to turn on your blinker, noting that she’s just been pressing at her side not knowing it was a switch. IU also adorably exclaims how much she wants to honk, even though there isn’t any need to. 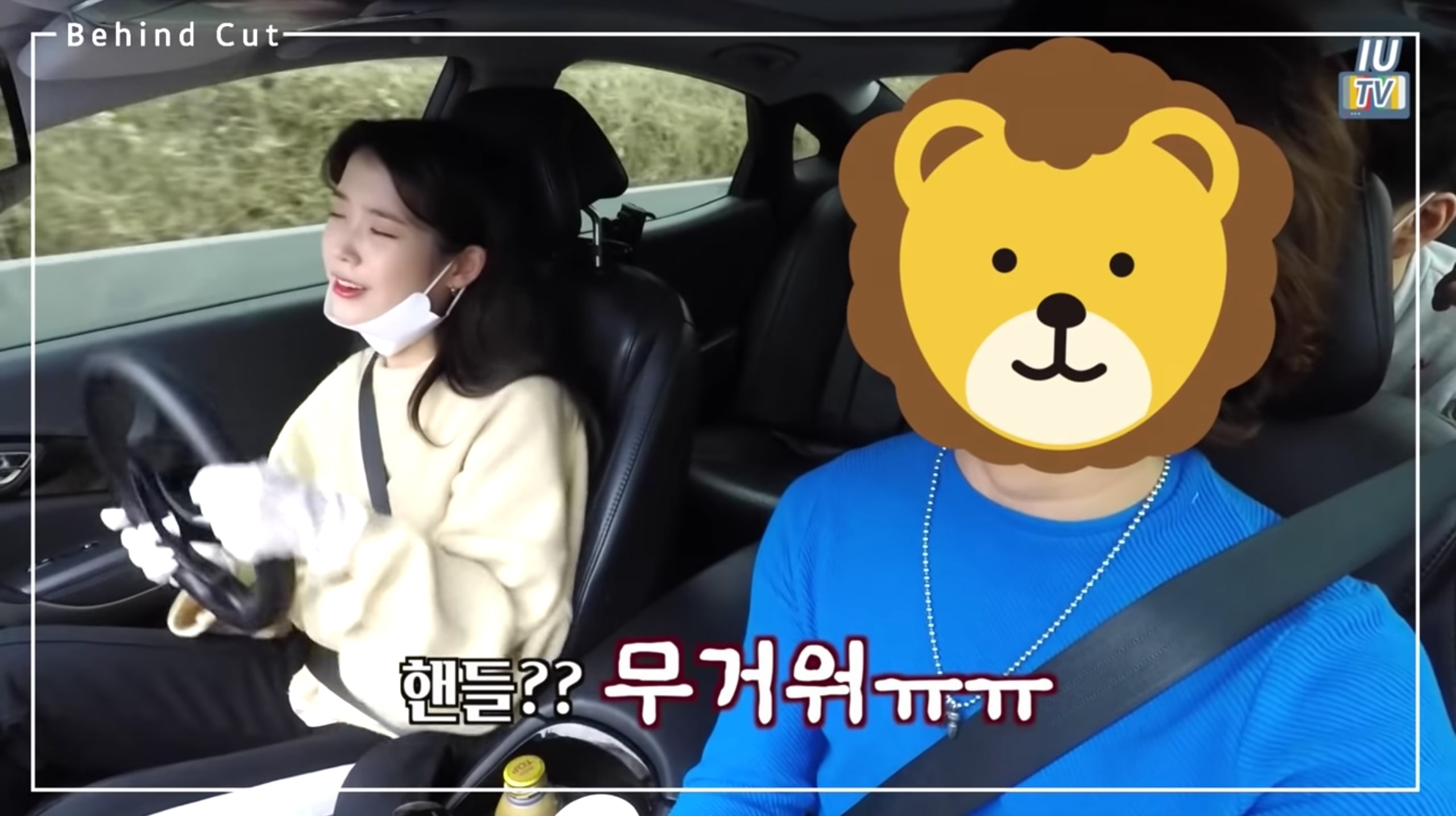 Jumping to before she started “driving,” IU is getting her makeup done, sharing, “I’m going this far.” The cameraman asks, “For who?” She answers, “For the subscribers of my YouTube channel. For my 2.5 million subscribers.” She gets her mole drawn onto the opposite side of her face, insisting that her fans are super observant.” Since her face is “backwards,” she suggests she go by UI.