Watch: Jung Hae In And Chae Soo Bin Warm Up The Set Of “A Piece Of Your Mind” With Their Sweet Smiles

tvN has shared a new behind-the-scenes clip from the filming of “A Piece of Your Mind”!

In the newly released video, Jung Hae In and Chae Soo Bin are filming outside. They make small talk while waiting for filming to start. Jung Hae In comments that all the restaurants nearby have good food. The director points out that’s something his character Ha Won would say, and Jung Hae In happily smiles in response.

Then Chae Soo Bin gives Jung Hae In a hot pack to keep him warm since he’s not able to wear a coat for this scene. Once filming starts, Jung Hae In gives the hot pack back to Chae Soo Bin who is quick to hide it from the camera. 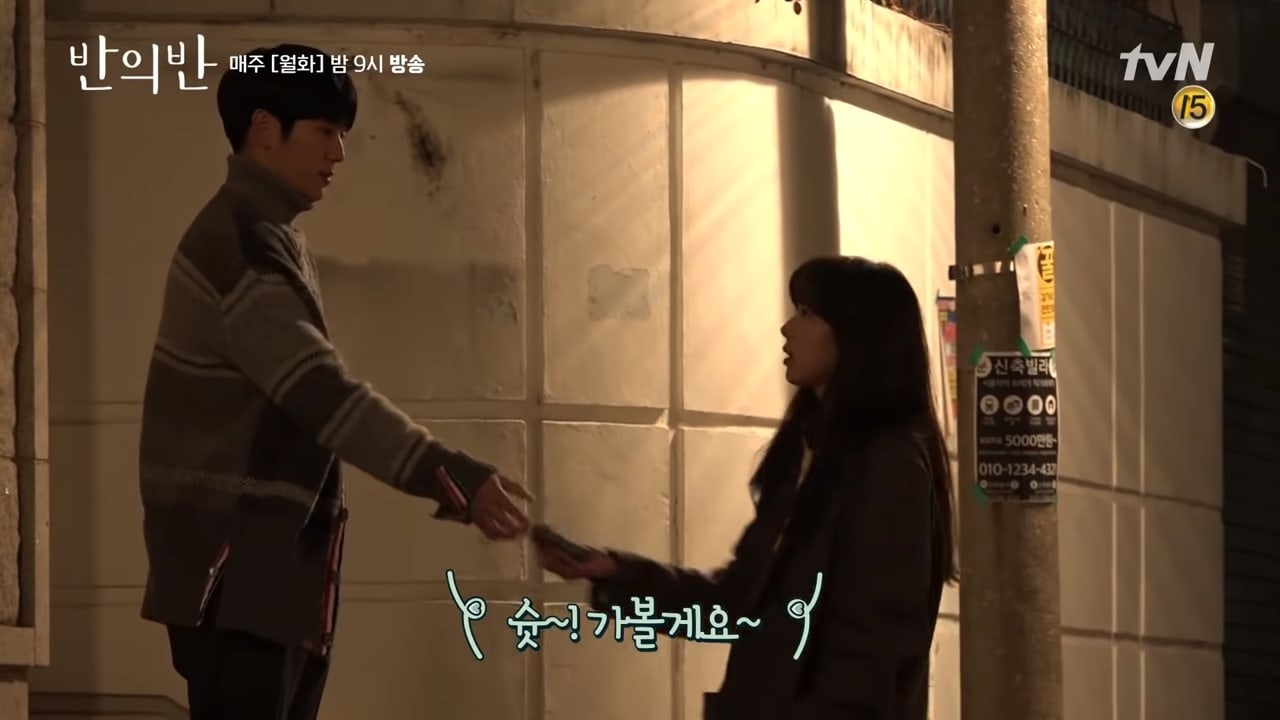 Next, the two actors move onto indoor filming. Chae Soo Bin mixes up her line, and Jung Hae In laughs in response but sweetly empathizes with her. During break, they joke around with each other, but once filming officially starts, they wipe the playful smiles off their faces. They look like they’re about to burst into laughter at any second, but luckily, they’re able to hold it in. Once the director calls “cut,” they release their pent-up laughter. 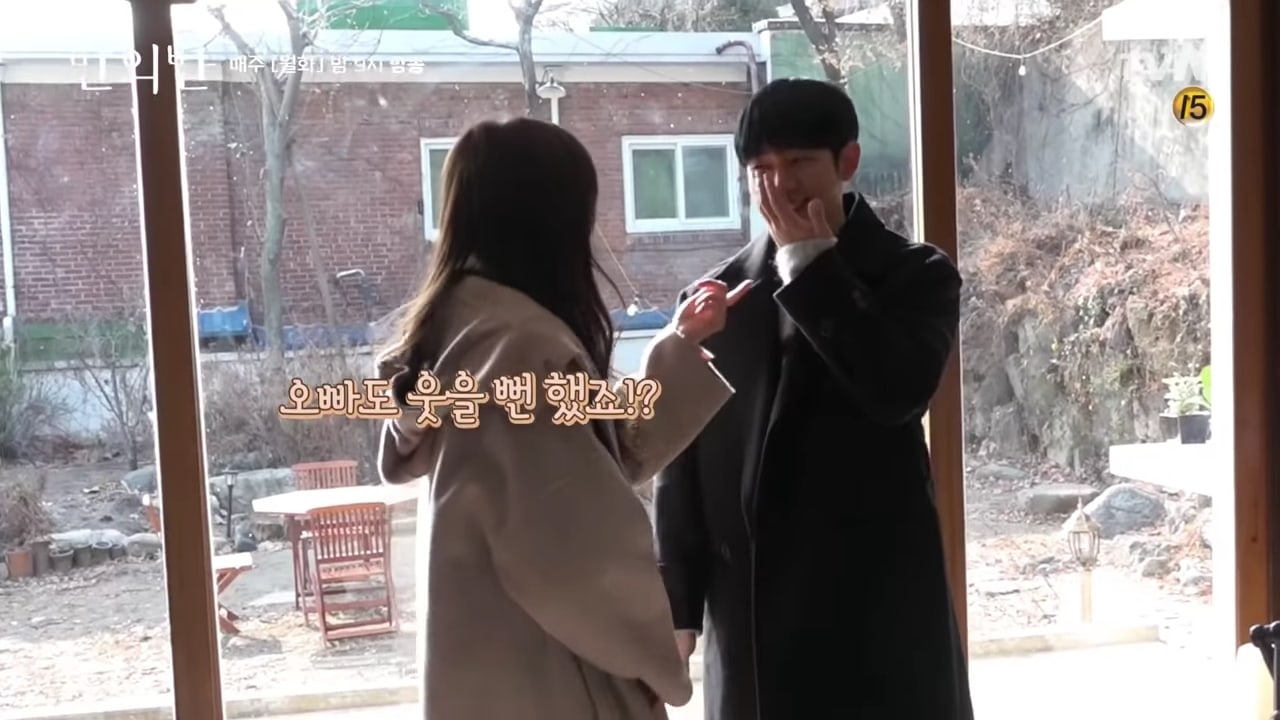 Lastly, Jang Hye Jin appears on set to film her cameo appearance as the mother of Chae Soo Bin’s character. Even though they aren’t filming for long, they quickly become close and showcase a realistic mother-and-daughter chemistry. Chae Soo Bin brings a scarf for Jang Hye Jin to wear in the chilly weather, and the older actress smiles warmly with gratitude.

During the interview, Jang Hye Jin comments, “I am very happy to make a cameo appearance in such a great place with fresh air. The atmosphere of the set is wonderful, and I can’t tell whether I’m filming or just being realistic. Please make sure you don’t miss [‘A Piece of Your Mind’]. Thank you.” 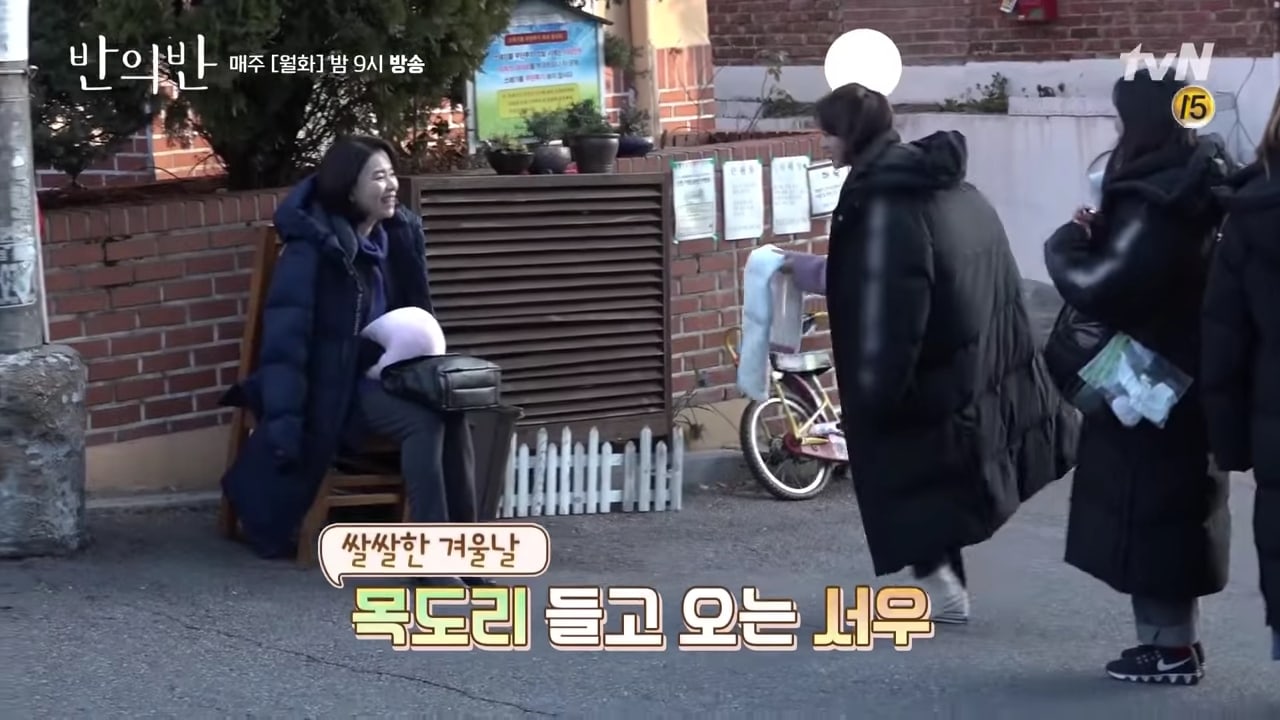 Catch up on the latest episode of “A Piece of Your Mind” on Viki!

Jung Hae In
Chae Soo Bin
Jang Hye Jin
A Piece of Your Mind
How does this article make you feel?