New stills have been released for “Good Casting”!

This upcoming SBS drama is an action comedy about three beautiful secret agents who go undercover to investigate the truth behind a corrupt corporation. The show recently gave drama fans a peek at some of its main characters.

Choi Kang Hee portrays Baek Chan Mi, a legendary black ops agent who gets in trouble because of her candid personality.

In the stills, she sits in her jail cell wearing her prison uniform and a veil. This is a scene where Baek Chan Mi went to jail to solve a case. Trapped in her cell all by herself, she closes her eyes to focus on her thoughts as a ray of light shines on her face. Her charisma shines through as she prays while holding on to a rosary.

Choi Kang Hee said, “I thought of myself as someone who’s lucky when it comes to my characters, and this project is no exception. Baek Chan Mi is a charming character who has courage, a refreshing personality, and is good at fighting. I’m always filming with gratitude that I’m able to work with a good director, staff, and actors. Everyone worked hard with love for the project, so I hope many people will look forward to it.”

A source from the drama added, “Choi Kang Hee’s acting skills, which accurately portrays the character’s personality, made everyone praise her by saying, ‘as expected of Choi Kang Hee.’ You can look forward to Choi Kang Hee’s portrayal of Baek Chan Mi which is the result of her endless passion, attentiveness, and insight.” 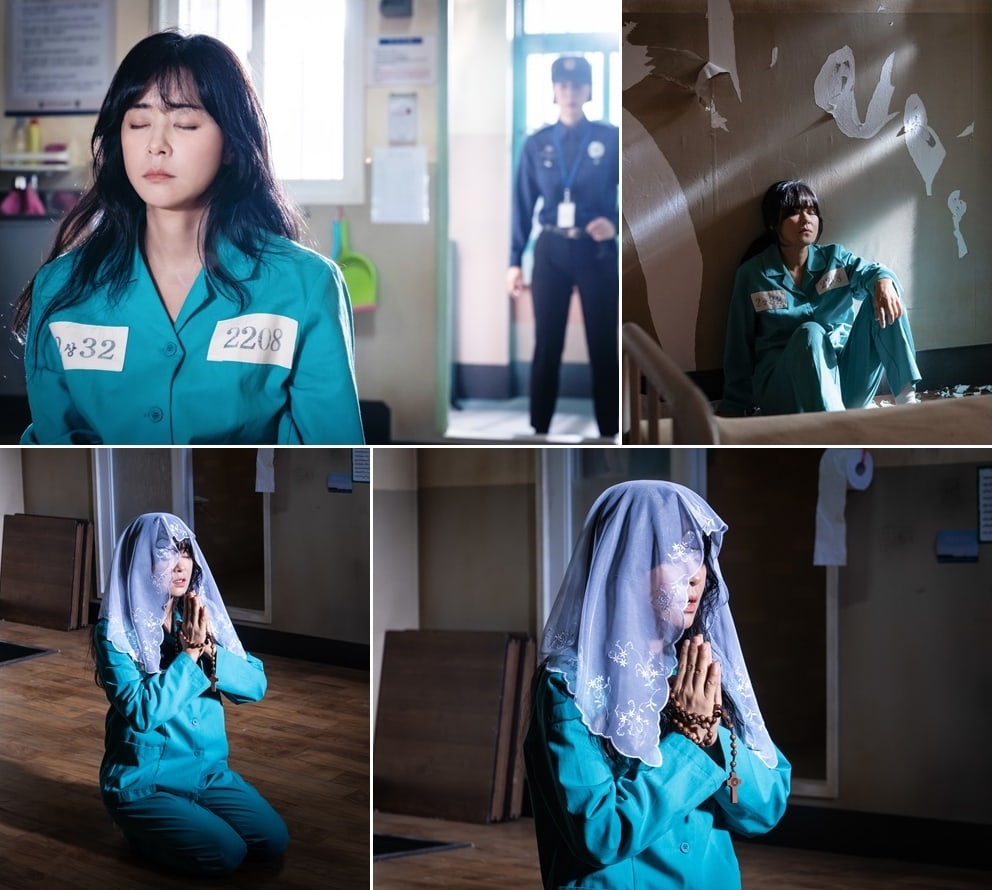 SBS also revealed Lee Sang Yeob’s transformation into Yoon Seok Ho. As the CEO of Ilkwang Hitech, he’s someone who was born into a wealthy family, has a good academic background, and is known for his handsome looks. He appears perfect on the surface, but he has trauma after being dumped by his first love who didn’t love him back.

In the stills, Lee Sang Yeob looks charismatic and neat while wearing a suit at his company’s celebratory event for technology development success. He happily shakes hands with people at the event before turning cold in front of one guest.

“It was personally difficult because there were many scenes where I had to act posh, but Yoon Seok Ho is a dimensional character who has fun energy within his charisma, so I’m really excited about showing various charms,” he said. “The set is so fun that I’m excitedly waiting for the day of filming. I hope that the fun and joy we felt will be conveyed to viewers as well.” 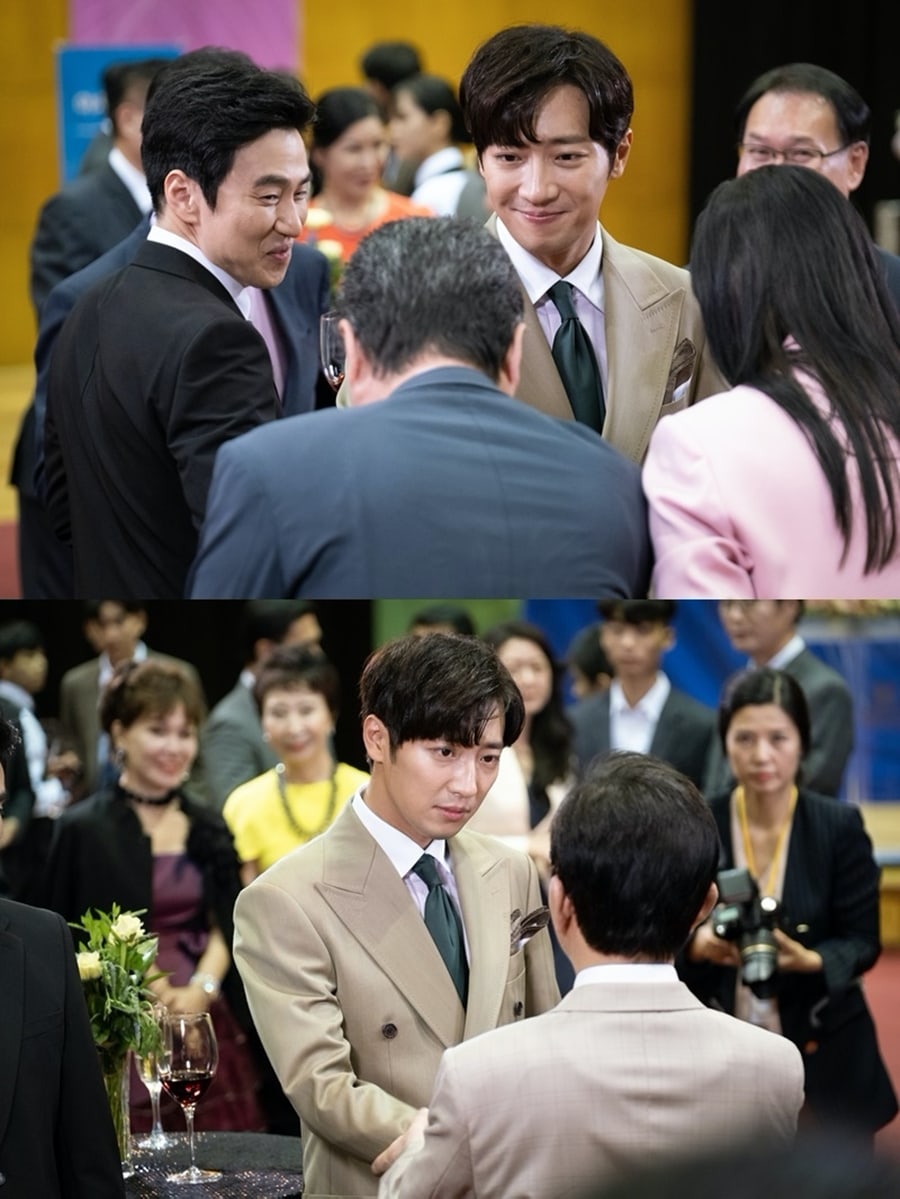 U-KISS’s Jun is transforming into Kang Woo Won, a rising actor who becomes a top star after appearing as a supporting actor in a hit drama. He tries to act cool in front of the cameras to not lose his hard-earned popularity, but he is someone who has a very sensitive personality in real life.

In the stills, Kang Woo Won prepares to shoot an ad with millions of won on the line. He gets shocked by someone who enters the set and then fails to hold in his anger while hastily buttoning up his shirt.

On set, Jun focused on preparing for this scene with the script in his hand at all times. When cameras began rolling, he perfectly expressed Kang Woo Won’s cold personality and the actor’s contrasting sides. Jun commented, “I felt so happy during the entire filming. It’s a project where I received a lot of the older actors’ good energy and influence. I really want to show you my improved appearance through ‘Good Casting.’ Please look upon Woo Won and actor Jun favorably.”

A source from the drama added, “With his sincere, serious attitude, Jun focused on his character Kang Woo Won and succeeded 200 percent at expressing the top star’s cold but silly charms. Please look forward to Jun’s acting skills that will stir anger and will add more charm to ‘Good Casting.'” 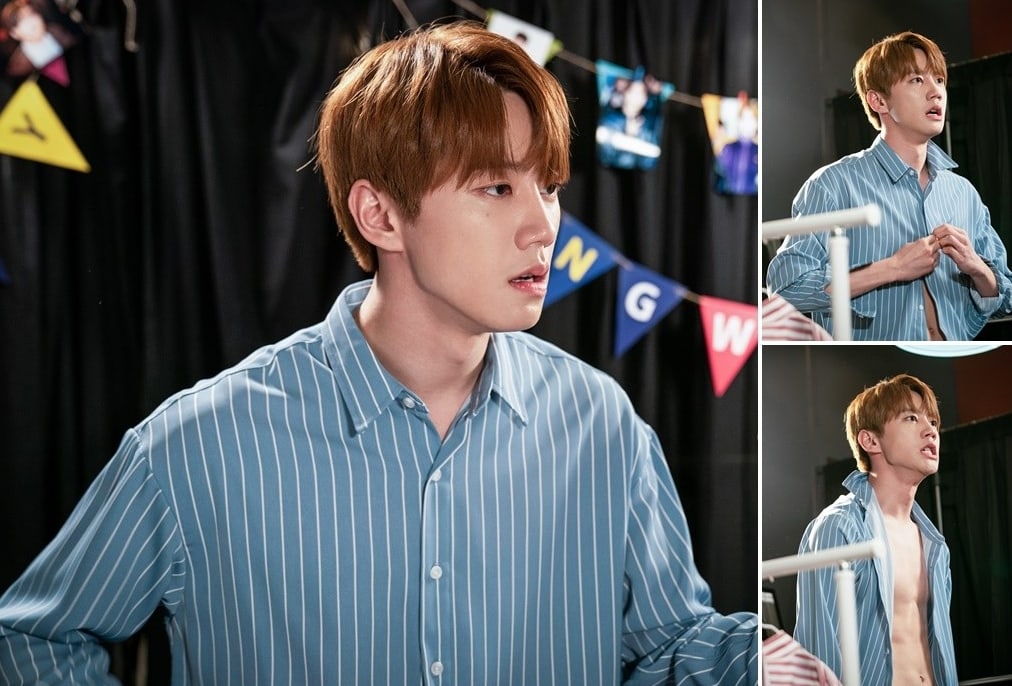 “Good Casting” airs on April 27 as the follow-up to “Nobody Knows.” Check out the teaser here.

In the meantime, watch the latest episode of “Nobody Knows” with English subtitles now!