Written by Kim Eun Sook, “The King: Eternal Monarch” tells the story of parallel universes, one in which Korea is a constitutional monarchy and one which is similar to the present-day republic. Lee Min Ho plays Emperor Lee Gon, who tries to close the door between the two worlds, and Kim Go Eun plays Jung Tae Eul, a detective who helps him save people’s lives.

In Emperor Lee Gon, Lee Min Ho plays a multifaceted character who has the dignity and bearing of a royal and the sensitivity and precision of a scientist. In the boat race stills released by the drama, he shows his character’s athleticism and ability to work together as part of a team. 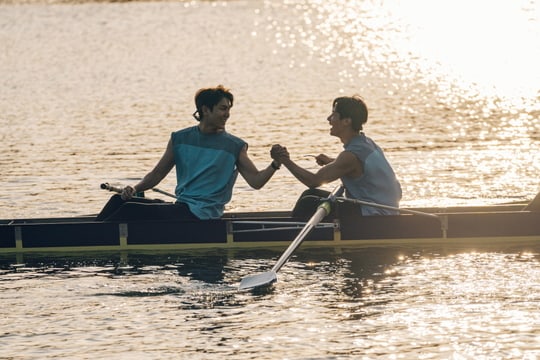 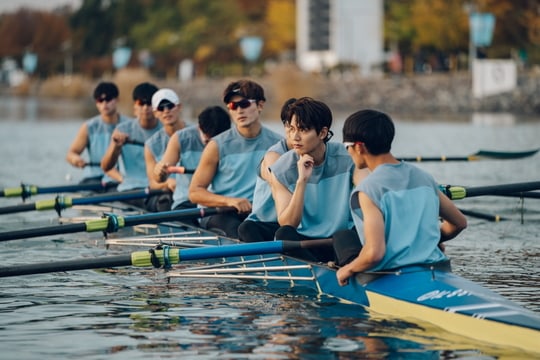 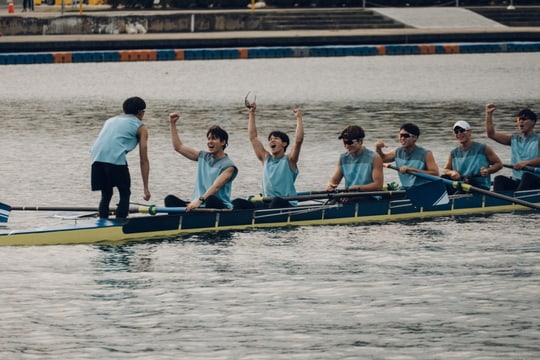 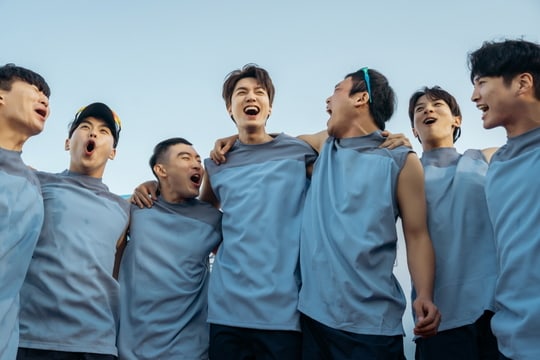 This scene was filmed in November at a park in Hanam, Gyeonggi Province. Despite the fact that he had to wear a sleeveless shirt in cold weather of early winter, Lee Min Ho threw himself heart and soul into each take. He did push-ups between takes and rehearsed with his fellow boat racers in order to perfect the scene. People on set compared his vibe when rowing to the refreshing vibe of sports drink commercials.

The production company, Hwa and Dam Pictures, stated, “Lee Min Ho has perfectly immersed himself in the multifaceted character of Emperor Lee Gon. This spring, you will able to feel your heart beat faster through Lee Min Ho’s acting.”