According to Lee Joo Young, the cast of JTBC’s “Itaewon Class” is still in touch with each other—perhaps overly so!

On April 2, the actress appeared on the SBS Power FM radio show “Kim Young Chul’s PowerFM,” where she talked about her recent hit drama.

When asked which of her “Itaewon Class” co-stars she had spoken to most recently, Lee Joo Young replied, “I think the last person I talked to was Ahn Bo Hyun. After the drama ended, I saw him on set while I was working on something else. We messaged each other later saying we’d worked hard and promising to send photos we’d taken together.”

Lee Joo Young then revealed that the cast of “Itaewon Class” still chatted with each other all the time. “The ‘Dan Bam family’ has our own group chat, and we use it everyday,” she shared. “There are so many messages piling up that I turned off my notifications.”

“We have a group chat for the actors who are around our age, and we have another group chat for everyone, including the director,” she continued, before joking, “I really want to leave the chat.”

“I’m trying to forget ‘Itaewon Class,'” she added playfully, “but I can’t.” 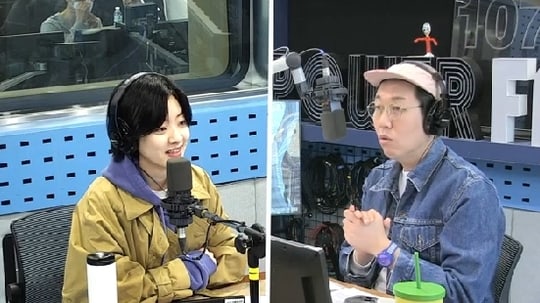 If you haven’t already seen it, watch Lee Joo Young in her drama “The Ghost Detective” with English subtitles below!