MBC’s “Find Me in Your Memory” has shared a glimpse of Kim Dong Wook getting adorably flustered by Moon Ga Young’s move!

In the latest stills, Lee Jung Hoon and Yeo Ha Jin are sitting next to each other on the stairs of the alleyway. Yeo Ha Jin stares at him with a determined gaze, and Lee Jung Hoon looks confused by her unreadable expression. In particular, Yeo Ha Jin’s slightly dazy eyes and flushed cheeks suggest that she’s drunk.

Then Yeo Ha Jin surprises Lee Jung Hoon with a sudden kiss. He is frozen by her abrupt action, but eventually, his eyes close to not ruin the moment. 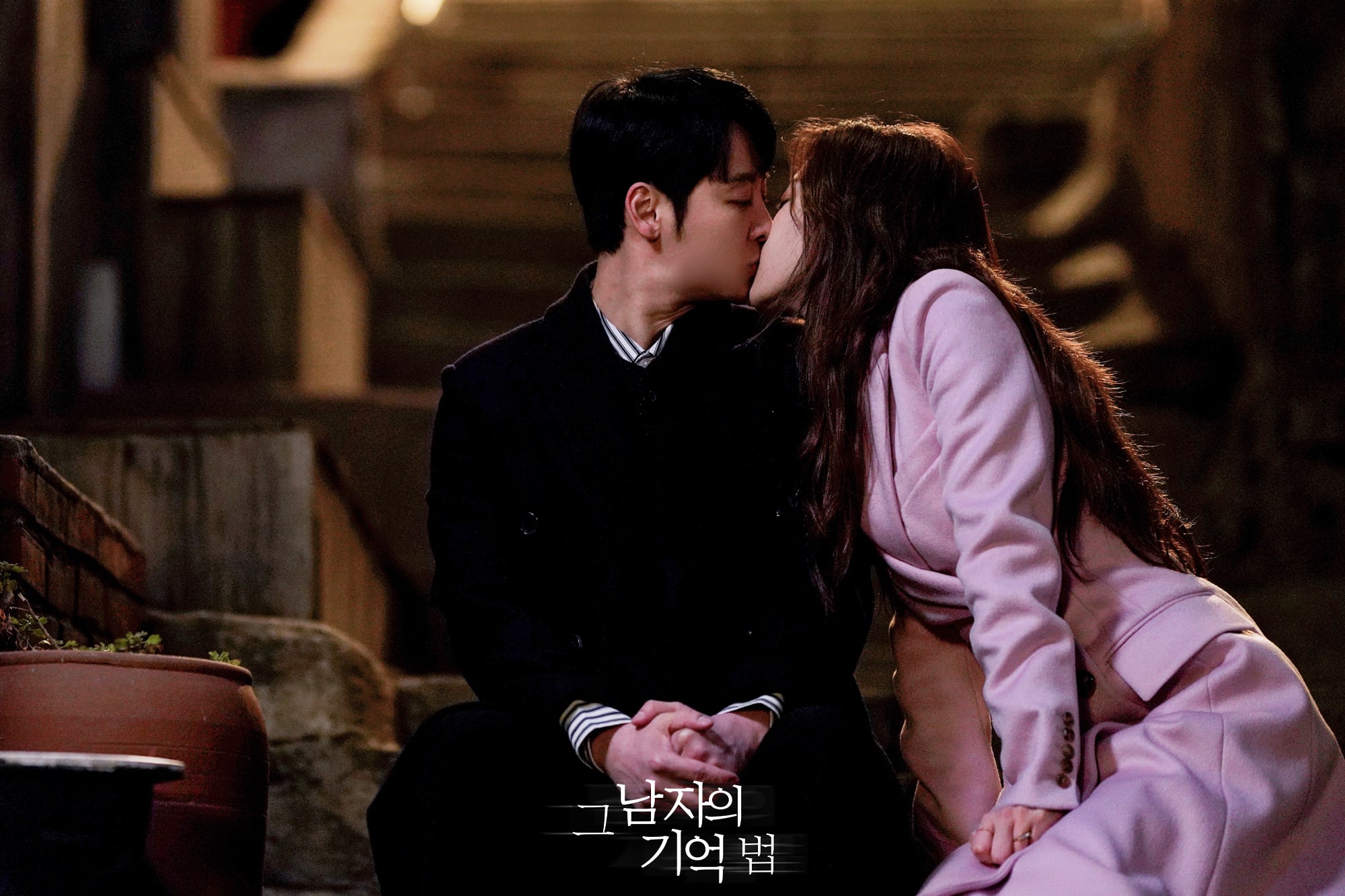 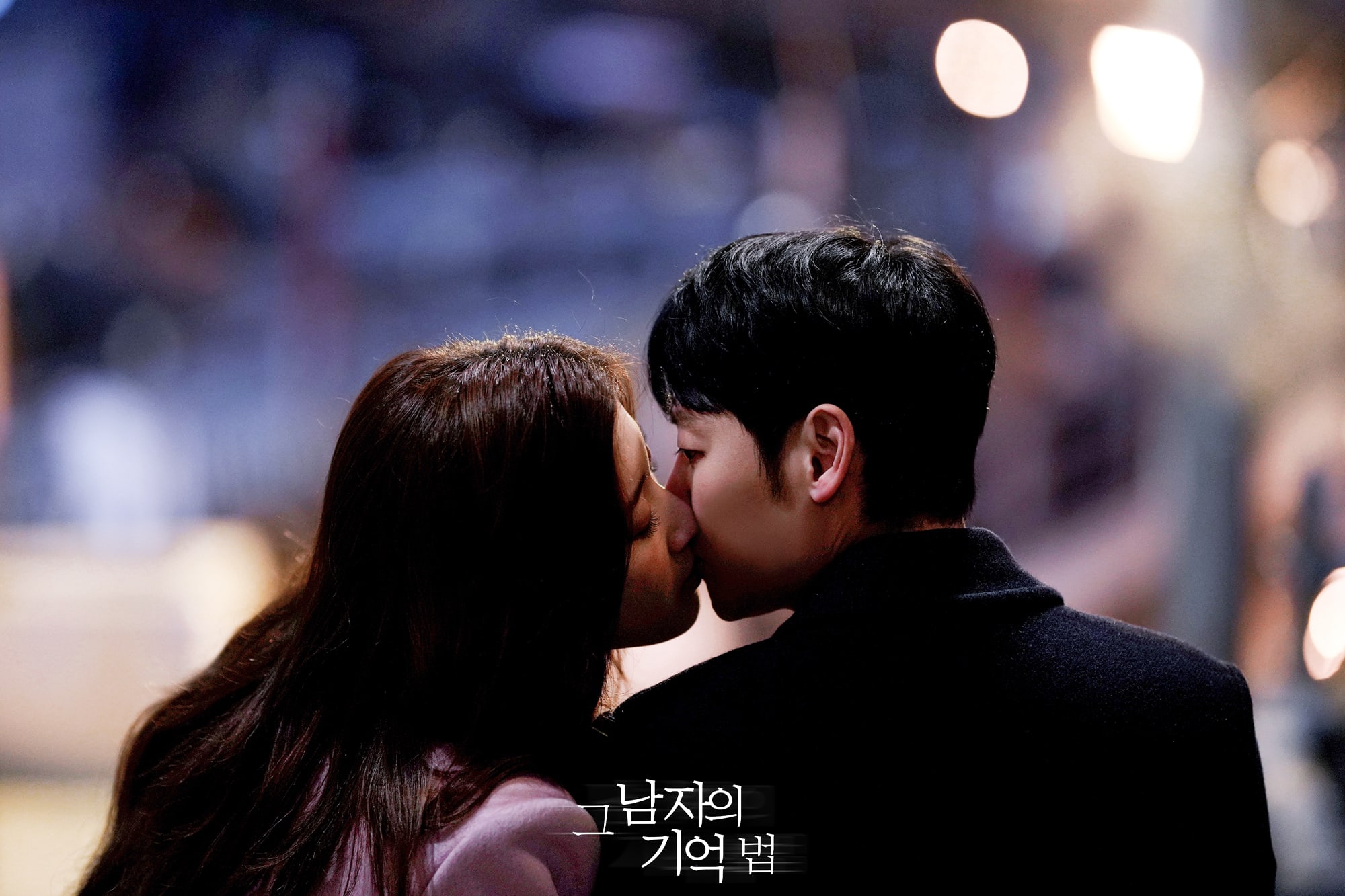 Before shooting this kiss scene, Kim Dong Wook and Moon Ga Young focused on their emotions to get the atmosphere right by carefully checking the details like the position of their fingertips, gazes, and movements. Once filming started, Kim Dong Wook amazed the crew with his meticulous acting as he portrayed shock and gentleness using his eyes. On the other hand, Moon Ga Young made the crew smile with her lovely drunken acting.