MBN reports that Wheesung was captured on CCTV footage receiving drugs from an unidentified man prior to being discovered unconscious.

It was previously reported that on the evening of March 31, Wheesung was found passed out in a bathroom of a building located in Seoul’s Songpa District. The singer tested negative for drugs, and he was sent back home after police determined that he had taken anesthetics that are not classified as illegal drugs.

On April 2, MBN News showed CCTV footage in which Wheesung, shortly before he injected the anesthetics, met up with a man who gave him a black bag that MBN describes as suspected to be drugs.

According to the report, Wheesung exited a taxi and made a phone call, after which he met up with the man. They spoke for some time, and then Wheesung received the bag. After this, Wheesung entered a building and was discovered 30 minutes later passed out in the bathroom with the bag, a few syringes, and a bottle containing liquid. 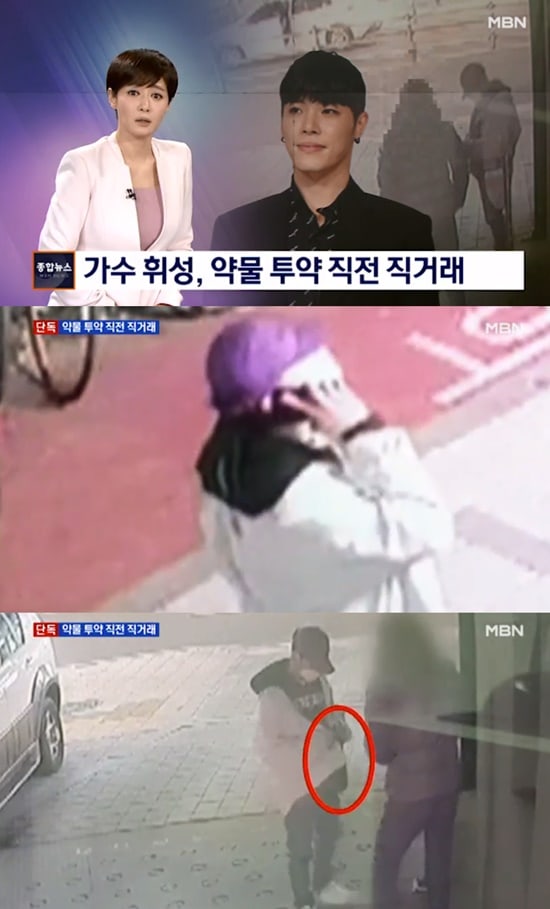 Someone described as the first witness told MBN, “At first, he was unconscious to the point that he couldn’t understand what I was saying at all and just gave me strange answers… then he kept shivering like he was shaking in the cold. Like he was having convulsions.”

MBN describes that the drug discovered at the scene was a type of anesthetic, and while it’s not an illegal drug, it cannot be bought without a doctor’s prescription. It’s reported that during police questioning, Wheesung said, “I made the exchange with a person I met online.”

The Seoul Songpa Police are looking into the details of how Wheesung acquired the drugs.

Wheesung is currently under investigation for suspicions of repeated illegal use of the drug propofol.