Channel A’s “Eccentric! Chef Moon” has unveiled a sneak peek of a romantic moment between its two leads!

On the latest episode of the new rom-com drama, Moon Seung Mo (played by Shinhwa’s Eric) and Yoo Bella (played by Go Won Hee) began living together under one roof. Even as they bickered over the smallest things, the two characters stole viewers’ hearts with their undeniable chemistry.

It looks as though that chemistry is about to get even stronger—in newly released stills from the drama’s upcoming third episode, the relationship between Moon Seung Mo and Yoo Bella takes a romantic turn as the two housemates grow closer.

The photos capture the palpable change in the atmosphere between Moon Seung Mo and Yoo Bella as they share drinks together late at night. As the tension in the air grows, the characters stare intently at one another before ultimately leaning in for a kiss. 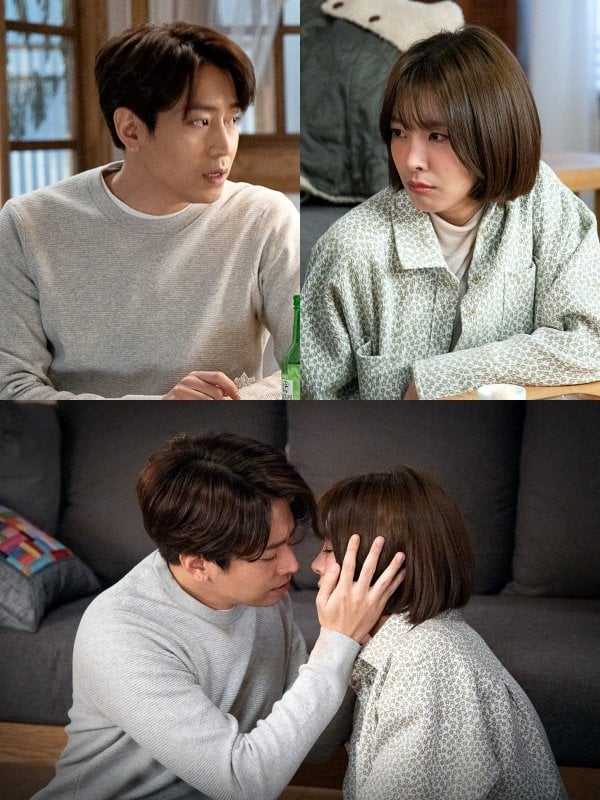 To find out just how Moon Seung Mo and Yoo Bella end up getting so close so quickly, tune in to the next episode of “Eccentric! Chef Moon” on April 4 at 10:50 p.m. KST.