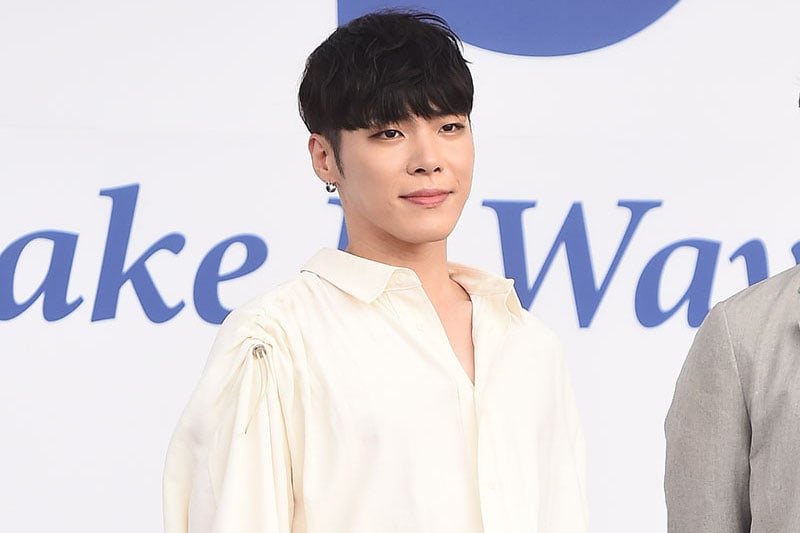 Two days after Wheesung was first discovered passed out after taking anesthetic, he was found in a similar condition again on April 2, and his agency has released a statement regarding his current state.

Wheesung was first found passed out on the evening of March 31 in the bathroom of a building located in Seoul’s Songpa District. He tested negative for illegal drugs, and the police concluded that he had taken an anesthetic that is not illegal. It was later reported that shortly before he was discovered unconscious, Wheesung was seen in CCTV footage meeting an unidentified man and receiving a bag that is suspected to have contained the anesthetic.

On April 3, MBN reported that the Seoul Songpa Police Station has arrested the man who provided Wheesung with the anesthetic. As it is not an illegal drug, the police’s investigation for this case had focused on how Wheesung acquired it.

In addition to this case, the singer is currently under investigation for suspicions of repeated illegal use of the drug propofol. It’s described that the anesthetic Wheesung has used has a similar effect to propofol.

Later on April 3, SBS’s “8 O’clock News” reported that Wheesung was found passed out again on the evening of April 2 after taking an anesthetic.

According to the report, Wheesung was discovered passed out in a hotel bathroom in Seoul’s Gwangjin district at 9:15 p.m. on April 2 KST. He was found with a syringe and a bottle that contained anesthetic, and he was taken to the police station.

SBS reports that in this second case as well, Wheesung was questioned only as a testifier as the anesthetic is not an illegal drug, and the police then let him go.

The police have reportedly also acquired evidence that Wheesung withdrew money from an ATM on April 2 as well, and they are investigating how the drugs were purchased. Wheesung’s samples have been sent to the National Forensic Service under request for a complete examination to determine whether or not illegal drugs were taken.

Around the same time as the SBS report, Wheesung’s agency addressed recent events for the first time through a statement. It mentions that Wheesung was admitted to a hospital after he returned home from police questioning, however it does not specify on which date this happened.

First, we sincerely apologize for causing concern with bad news during such a chaotic time.

Wheesung has been going through a difficult time due to his father’s sudden passing, a series of deaths of people whom he had worked with, and difficult incidents that he became entangled in last year.

On the day he was discovered passed out in a public bathroom, Wheesung had left his home, cut off contact with his family as well, and was found in the bathroom. After that, he tested negative for illegal drugs in a police investigation and there was nothing else unusual, so he returned home.

However, after he returned home, he was having extreme thoughts and showing symptoms of depression and panic disorder, and so he was admitted to a related hospital. He is currently receiving psychiatric therapy, and he is also earnestly taking part in the police investigation.

Wheesung is very regretful and sorry that he is showing a poor image of himself, no matter the reason for it.

We sincerely apologize to everyone for causing concern.