OCN’s “Rugal” has unveiled a sneak peek of a thrilling confrontation from its upcoming episode!

On the latest episode of “Rugal,” a suicide bomber who was seemingly sent by Hwang Deuk Goo (Park Sung Woong) delivered a mysterious message before blowing himself up right before Kang Ki Bum (Choi Jin Hyuk)’s eyes. In the drama’s upcoming third episode, Rugal will use the clues left behind by the mysterious terrorist as they embark on an exciting hunt to track down Argos and Hwang Deuk Goo. Meanwhile, as Kang Ki Bum remains hot on Hwang Deuk Goo’s trail, internal conflicts will arise within Argos as its members begin fighting for power.

In newly released stills from the drama’s upcoming episode, Kang Ki Bum—who now has superpowers after being resurrected using Rugal’s biotechnology—points a gun at Hwang Deuk Goo after they happen to cross paths.

The tension is palpable as the vengeful Kang Ki Bum glares fiercely at his nemesis, and even the normally imperturbable Hwang Deuk Goo appears slightly shaken, wearing a frown as he stares back at the newly created superhero. 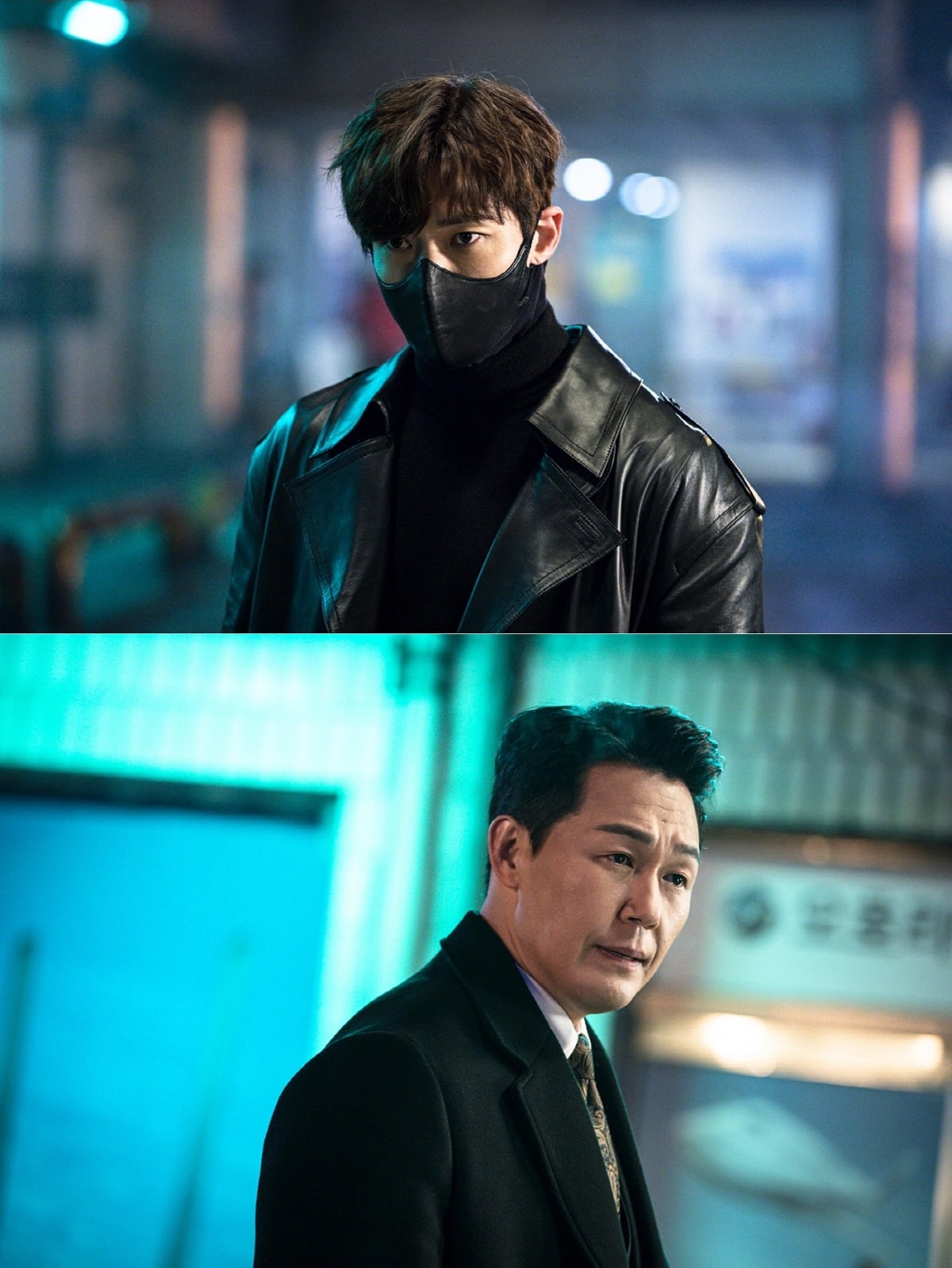 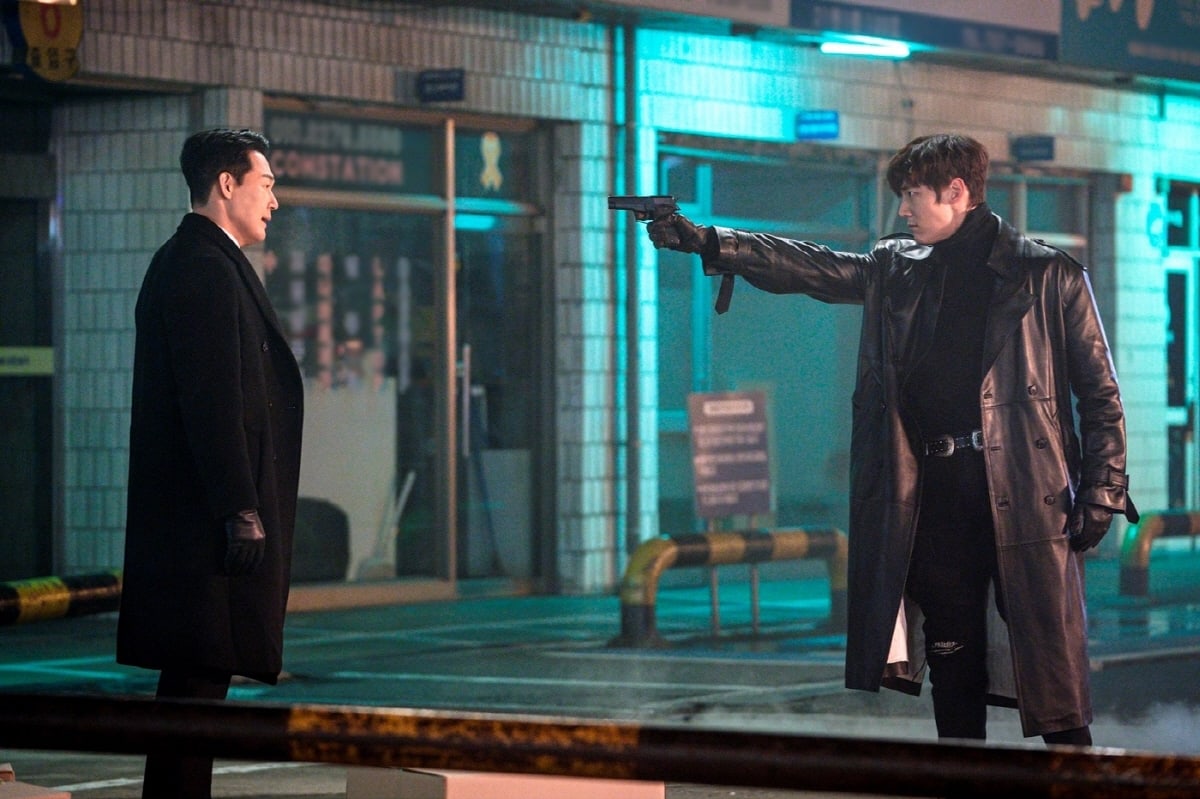 The producers of “Rugal” commented, “The confrontation between Kang Ki Bum and Hwang Deuk Goo is a crucial event that signifies the true beginning of the conflict between Rugal and Argos.”

“There will continue to be unpredictable twists as the plot unfolds,” they continued. “Above all else, please look forward to the ‘charisma battle’ between Choi Jin Hyuk and Park Sung Woong.”