Watch: 2PM’s Wooyoung Performs Medley Of 2PM Songs Including Viral Hit “My House” On “Ask Us Anything”

On the April 4 episode of “Ask Us Anything,” the idol made his first variety show appearance since being discharged from the military.

WINNER’s Song Mino, Block B’s P.O, and 2AM’s Jo Kwon joined Wooyoung as guests and they spoke about their friendship. While discussing whether or not they would introduce their best friend to their younger sister, Wooyoung said that he would while praising Jo Kwon’s kind and friendly personality.

Jo Kwon, on the other hand, replied that he wouldn’t introduce the 2PM member to his younger sister. He explained, “I know that Wooyoung is very kind, hardworking, and good to people around him. But he’s a great conversationalist and women like men who are funny. He’s too popular.”

Super Junior’s Kim Heechul then brought up 2PM’s “My House,” which recently enjoyed a resurgence in popularity five years after its release. Kang Ho Dong brought up 2PM member Junho whose fancam racked up a lot of views during the song’s second wave of popularity.

Wooyoung explained, “When I read the comments, most of them seem to be saying that they now realize what a ‘real man’ is now that they’re in their 30s after not really knowing when they were in their 20s. So there are so many comments from people transitioning from their 20s to their 30s.” 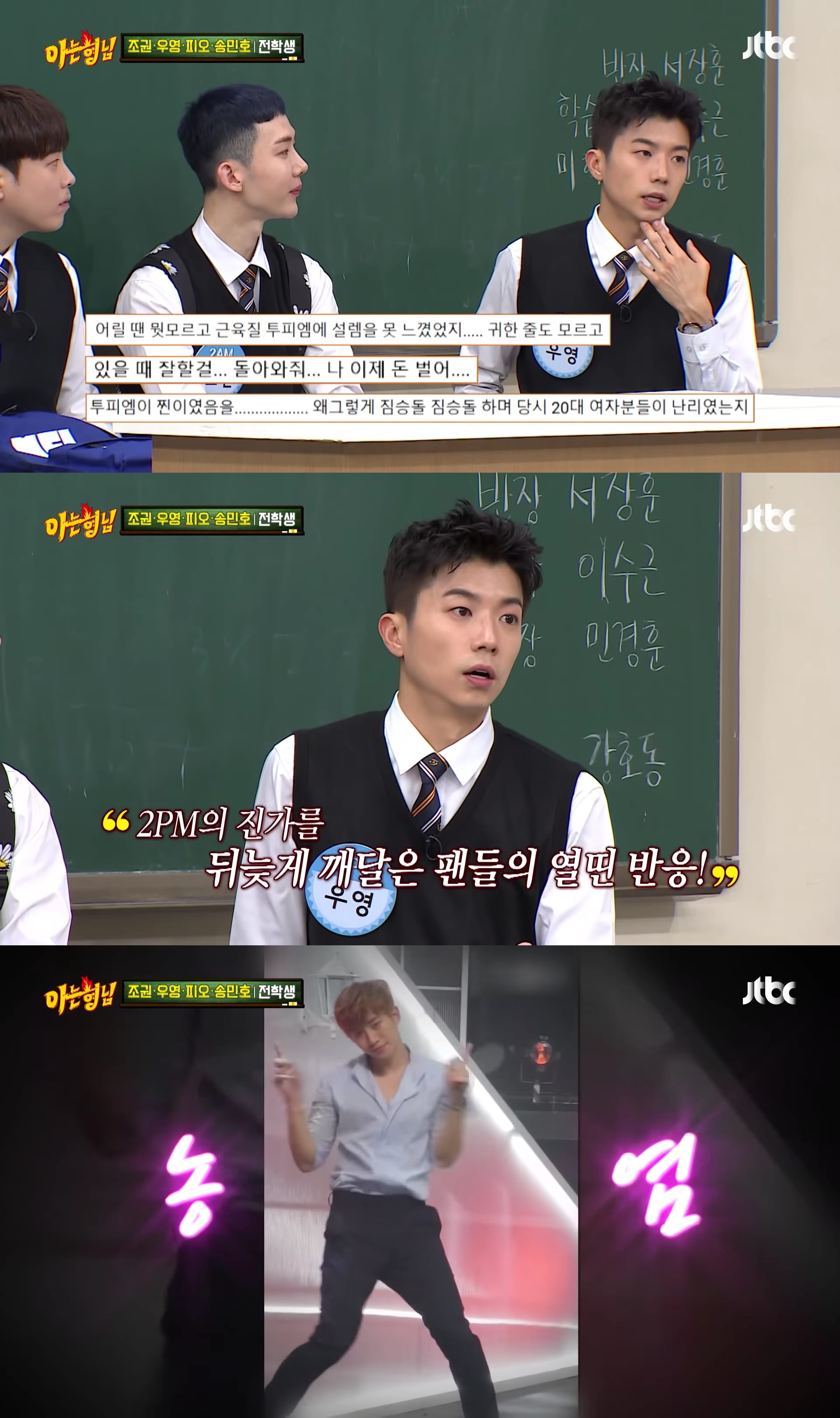 Check out Wooyoung’s performance of “My House” below:

Wooyoung also had everyone on their feet when dancing to a medley of 2PM’s hits including “Heartbeat” and “Again and Again.”

Watch “Ask Us Anything” with English subtitles now!

Ask Us Anything
2PM
Wooyoung
How does this article make you feel?