On the latest episode of MBN’s “Naturally,” Kim Yo Han reminisced about his years as a taekwondo athlete.

The idol continued to experience life in the countryside on the April 4 broadcast of the reality show, where he bonded with the cast members over food.

While sharing a meal with the cast, Kim Yo Han talked about what it was like to have his father as a taekwondo coach. Likening himself to the Korean literary figure Hong Gil Dong, who had a complicated relationship with his father, he said, “I called him ‘Dad’ at home, but I couldn’t when we were outside. It was more comfortable for me to call him ‘coach’ at school. I even sometimes called him ‘coach’ at home.”

When Kim Jong Min asked, “Do you think you would’ve won a gold medal if you continued taekwondo?” Kim Yo Han replied, “I was quite good at it. I won first place at two youth national competitions.” 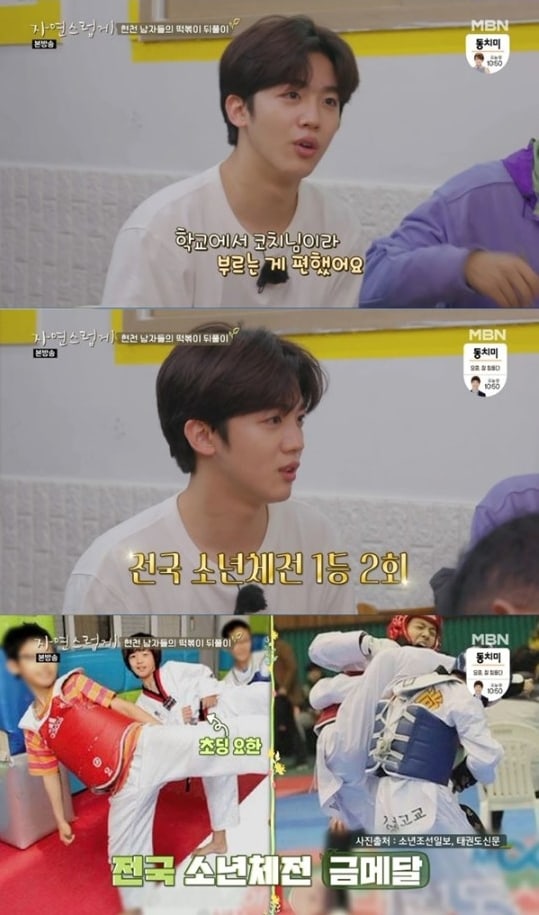 Kim Yo Han is currently gearing up to star as the lead of KBS’s upcoming drama “School 2020.” In the meantime, check out Kim Yo Han’s taekwondo skills from last week’s episode of “Naturally” here!

Kim Yo Han
Naturally
How does this article make you feel?