WINNER’s Song Mino talked about the time he literally gave a jaw-dropping performance.

On the April 4 broadcast of “Ask Us Anything,” the cast tried to figure out Mino’s most professional moment.

Seo Jang Hoon guessed that Song Mino wiped away a bloody nose during a concert while Block B’s P.O joked that Song Mino soiled himself while performing. 2PM’s Wooyoung speculated that Mino performed with just his voice after a mic malfunctioned, and Kang Ho Dong wondered if Song Mino fell off the stage and continued to rap lying down on the ground.

Giving everyone a hint, Song Mino said, “It was a situation where I couldn’t sing.” The cast and guests then imagined a scenario where a bug entered his mouth, but this was wrong as well. 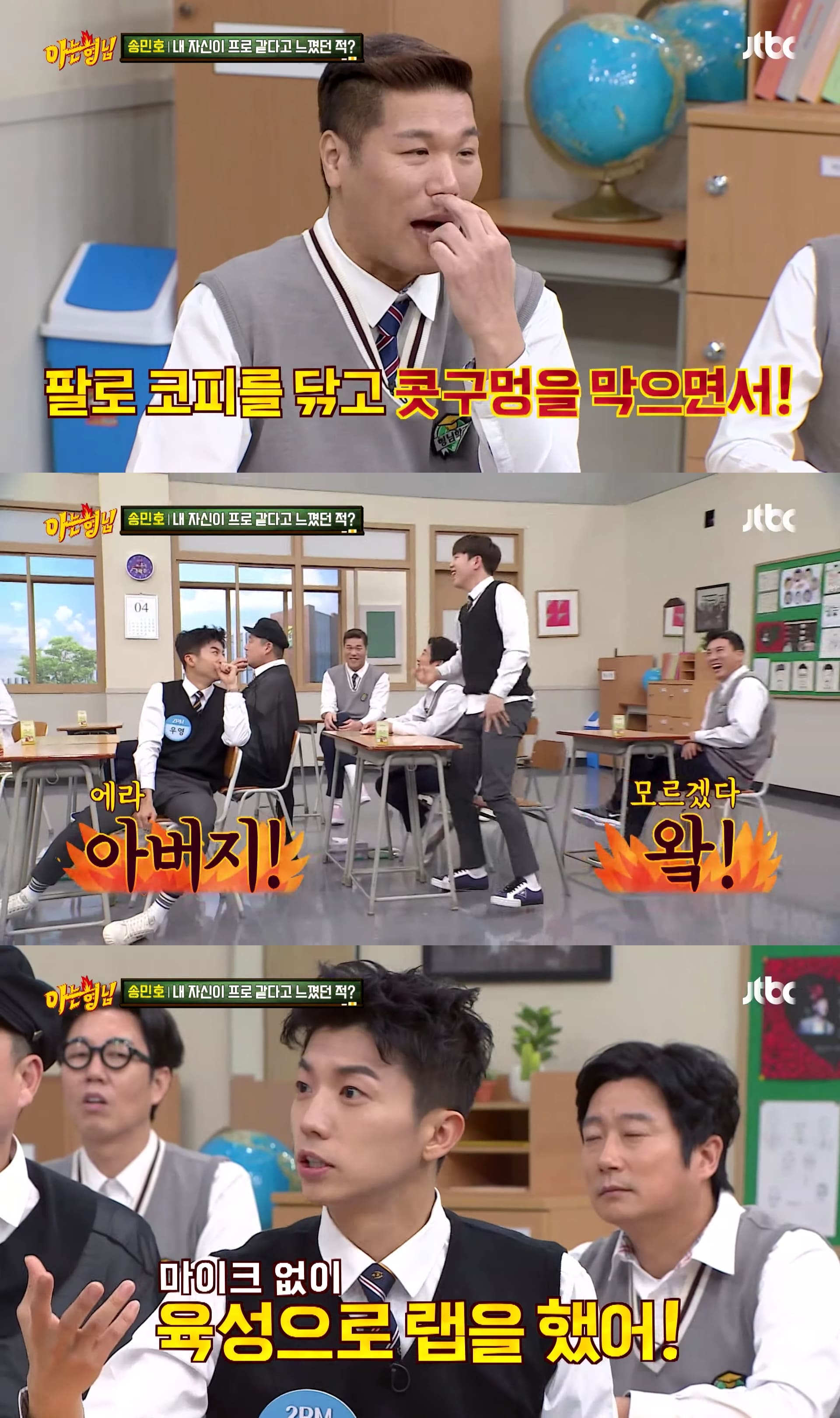 Wooyoung said, “Your stomach hurt a lot so you went to the bathroom [while performing]. You continued to sing while you were on the toilet.” When P.O asked if his tooth fell out, Song Mino commented that P.O’s guess was the closest the answer.

Hearing this, Lee Soo Geun said, “Your chin fell all the way down here.” Seo Jang Hoon got the right answer by adding, “You put your jaw together somehow and continued rapping.” 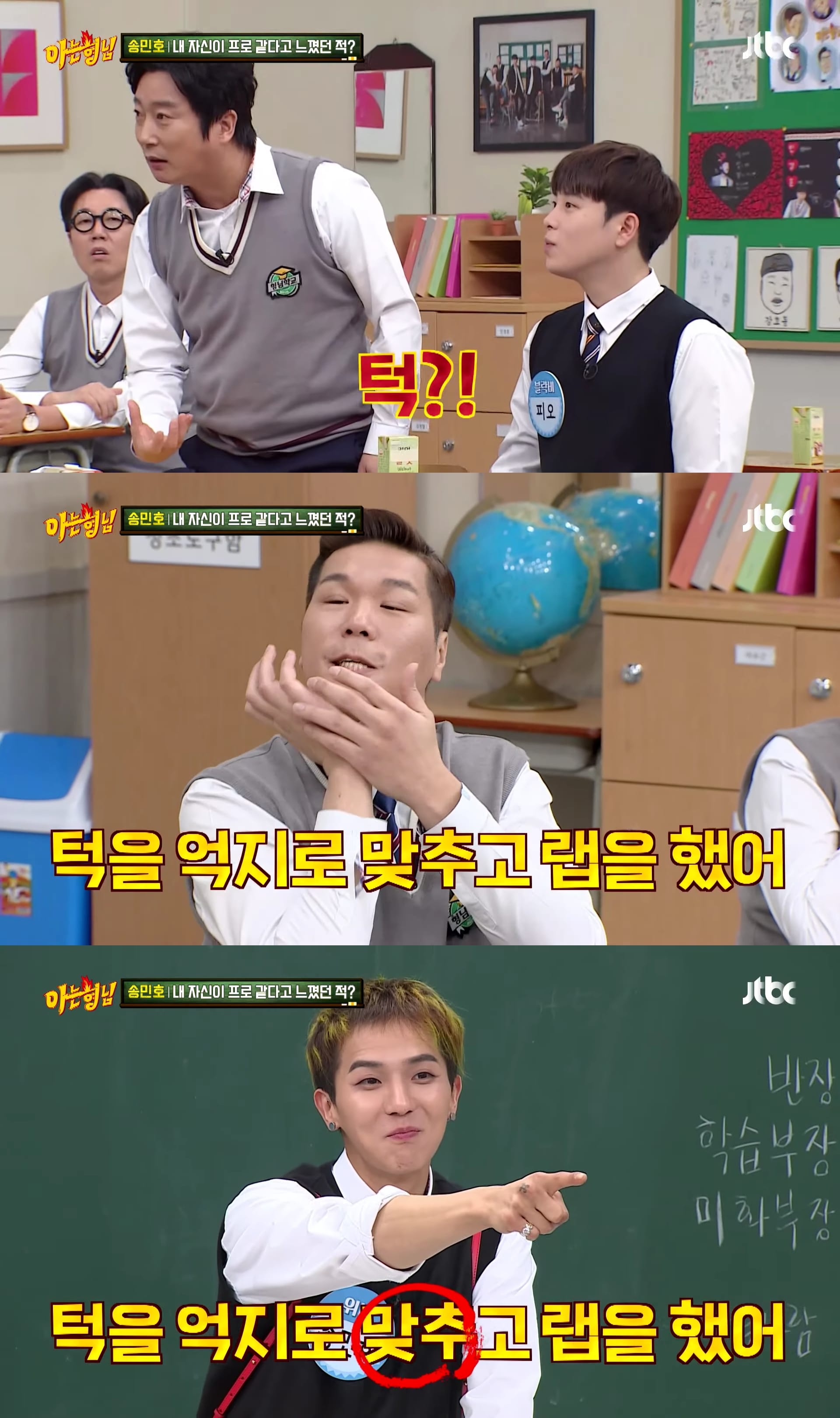 Song Mino explained, “My jaw suddenly wouldn’t open on stage after it made a sound. Right before the camera panned to me, I thought, ‘Oh no.’ I pretended to turn around, punched my jaw, adjusted it, and then rapped.”

Everyone clapped and praised Song Mino’s professionalism. When P.O asked if any fans caught on, the rapper answered, “No one knew.” 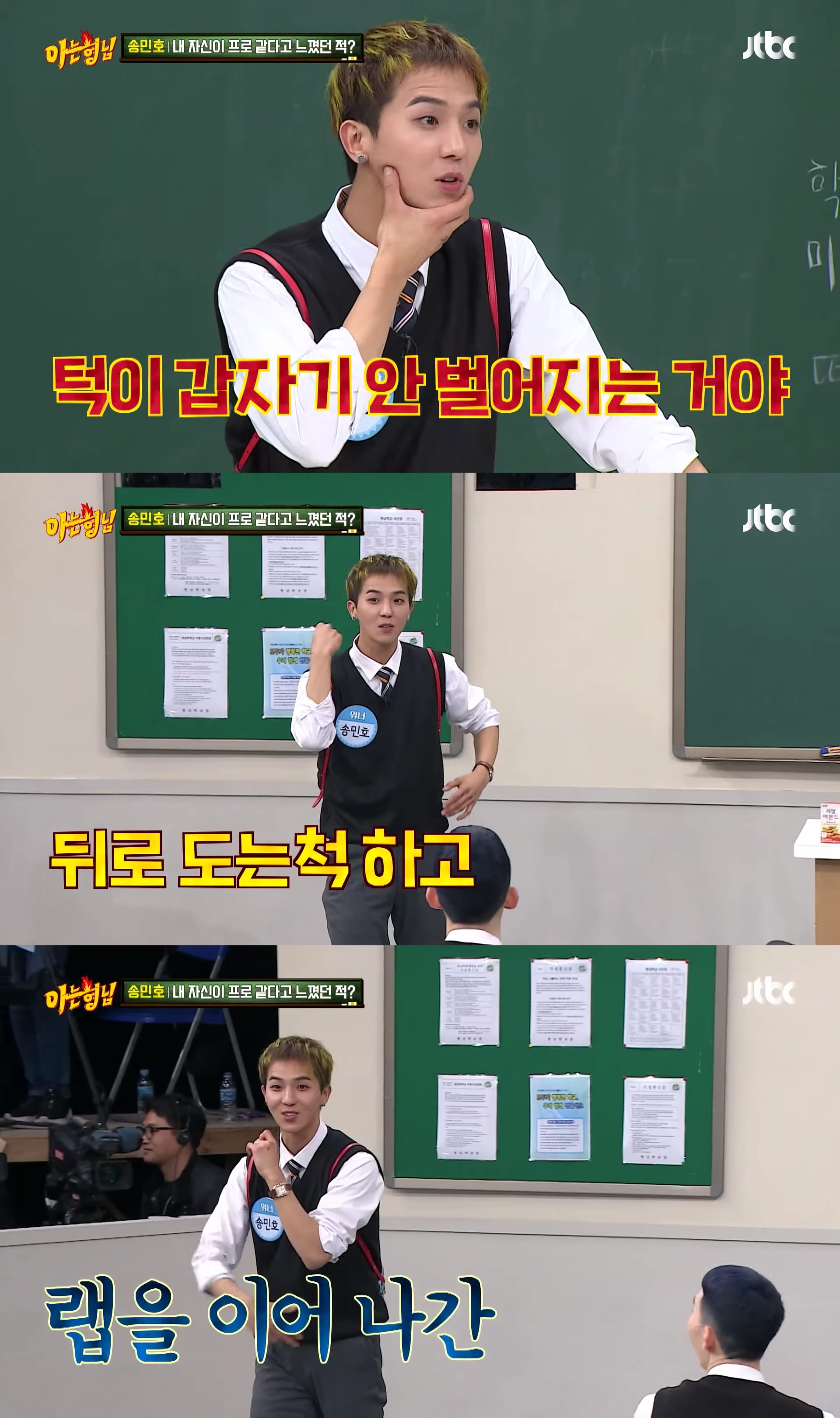 As for his professionalism on variety shows, Song Mino said, “On ‘New Journey to the West,’ I used to get a lot of questions wrong about four character idioms. But thankfully, this became my character and I received a lot of love because of this.”

He continued, “My fans compiled and wrote down four character idioms in a notebook for me. I felt so thankful and moved, but I didn’t read any of it. I didn’t read it on purpose in order to preserve my character.” 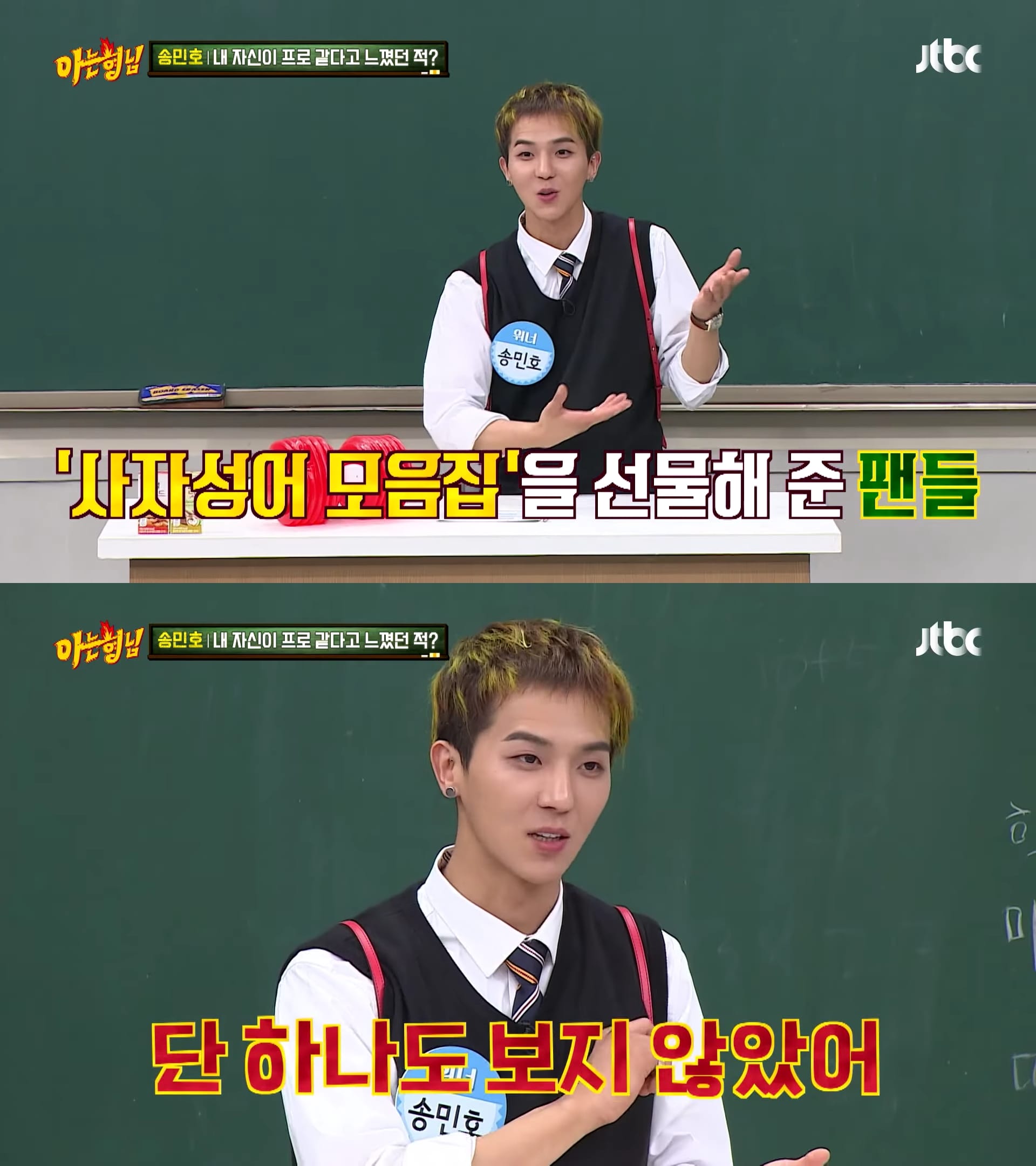 Watch a full episode of “Ask Us Anything” now!

WINNER
Song Mino
Ask Us Anything
How does this article make you feel?