On the latest episode of “Ask Us Anything,” 2PM’s Wooyoung told the unique story of how he got into JYP Entertainment!

Although Wooyoung has recounted the tale in the past, the “Ask Us Anything” cast hadn’t heard it before—and they were shocked by the unusual way in which he approached his current agency.

In the hopes of catching the eye of JYP Entertainment’s casting scouts, Wooyoung entered an audition to become a Wonder Girls member, even though he knew he “was 100 percent certain to fail.” 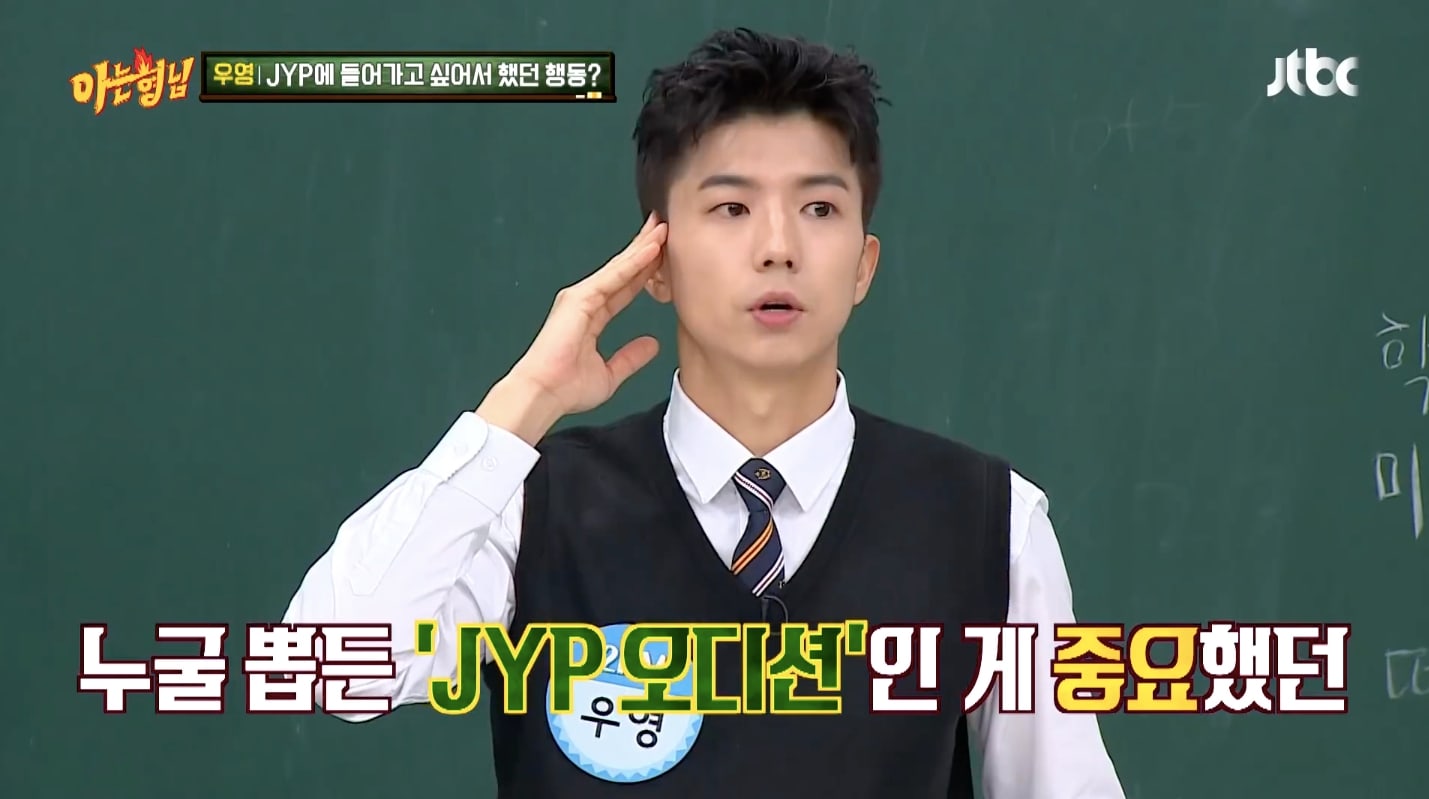 “I was desperate, and I really wanted to join JYP so badly,” he recalled. “So it didn’t matter [to me] who they were looking for. I thought, ‘Oh, a Wonder Girls member? Well, that doesn’t have anything to do with me, but it’s still a JYP audition.'”

“So I went to Ulsan,” he went on, “and there was an extremely long line of girls. But about one out of every twenty people in the line was a guy. It turned out that there were other people like me. Seeing them gave me courage, so I stood in line as well. I waited in line all day before going inside and auditioning, and of course, I failed right away.”

Explaining that his heart had already been set on JYP back then, Wooyoung revealed, “Even before I was chosen, I somehow developed trust in JYP. I thought to myself back then that [pursuing this career] would take a lot of money, and I knew it was important to choose an agency carefully, or I’d end up causing my parents a lot of suffering.”

“I went to an audition for a smaller agency,” he continued, “but because I knew my own skill level at the time, I thought, ‘If I pass this audition, this agency is a sham.’ That was my criterion for evaluating [an agency’s credibility], because I was still so lacking in terms of skill. So I ended up getting in, but just as I’d expected, they asked me to pay for my training. After that, I only auditioned for JYP.”

Wooyoung went on to share that his journey hadn’t been an easy one. “I auditioned for JYP every six months,” he recalled. “I thought, ‘It’s okay not to get in. That just means my skills aren’t where they need to be yet. I’ll see you again in six months. My skills will improve.'” 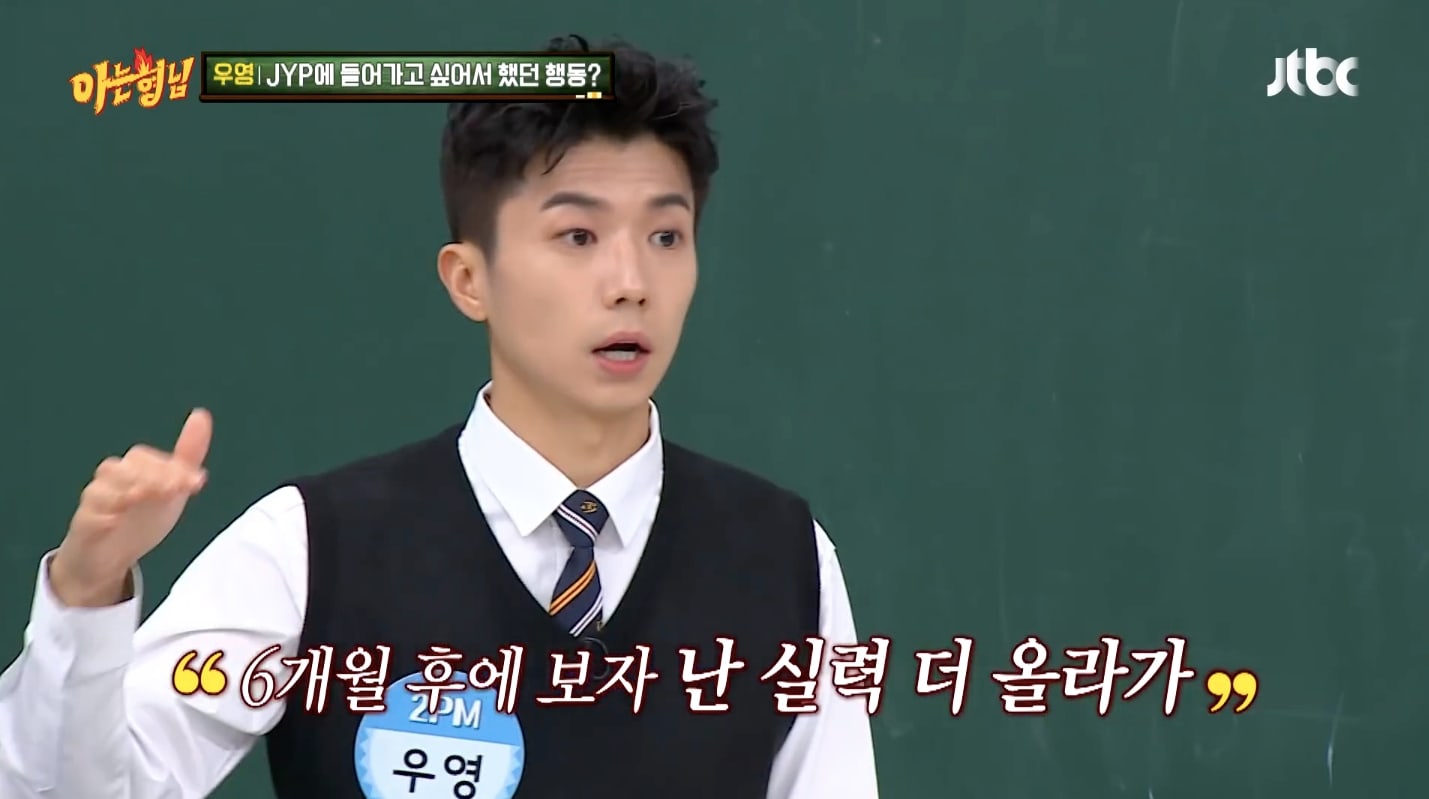 As we all know, Wooyoung’s story has a happy ending: in 2007, he won first place in JYP Entertainment’s very first annual official audition, and he ended up signing with the agency before ultimately debuting in 2008 as a member of 2PM. 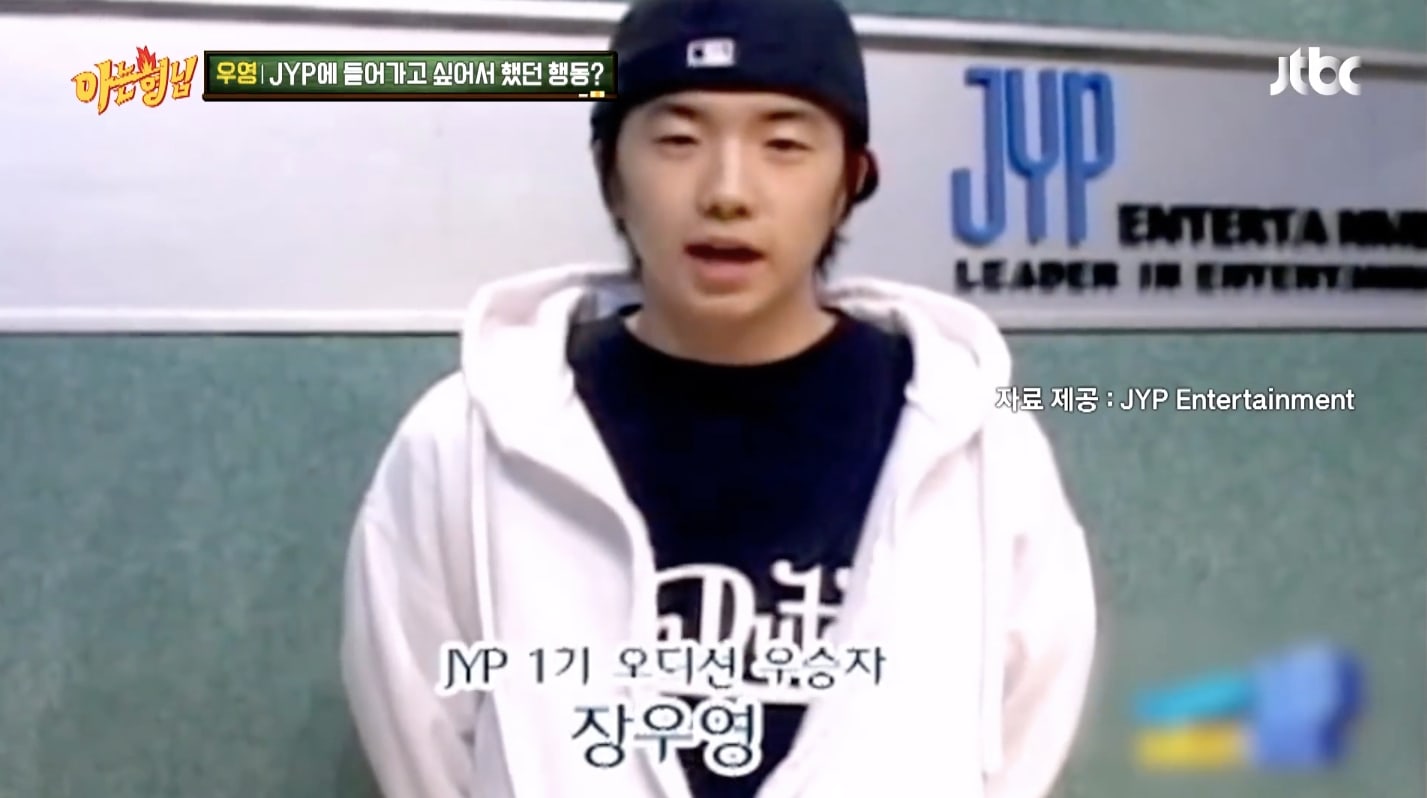 Knowing Bros
2PM
Wonder Girls
Wooyoung
How does this article make you feel?