On the April 5 episode of SBS’s “My Ugly Duckling,” the show’s cast of bachelors gathered at Lee Sang Min’s new apartment to celebrate his successful move. While the other cast members had prepared more typical housewarming gifts like lighting fixtures, cleaning supplies, and tissues (which are often given as housewarming gifts in Korea), Heechul revealed that he had come bearing a different type of present.

Heechul then took an envelope out of his pocket and handed it to Lee Sang Min, whose eyes immediately widened in surprise as he opened it.

“This is money,” he exclaimed. After taking a closer look at the wad of cash inside the envelope and getting a sense of just how much money Heechul had given him, he added in shock, “You must be crazy!” 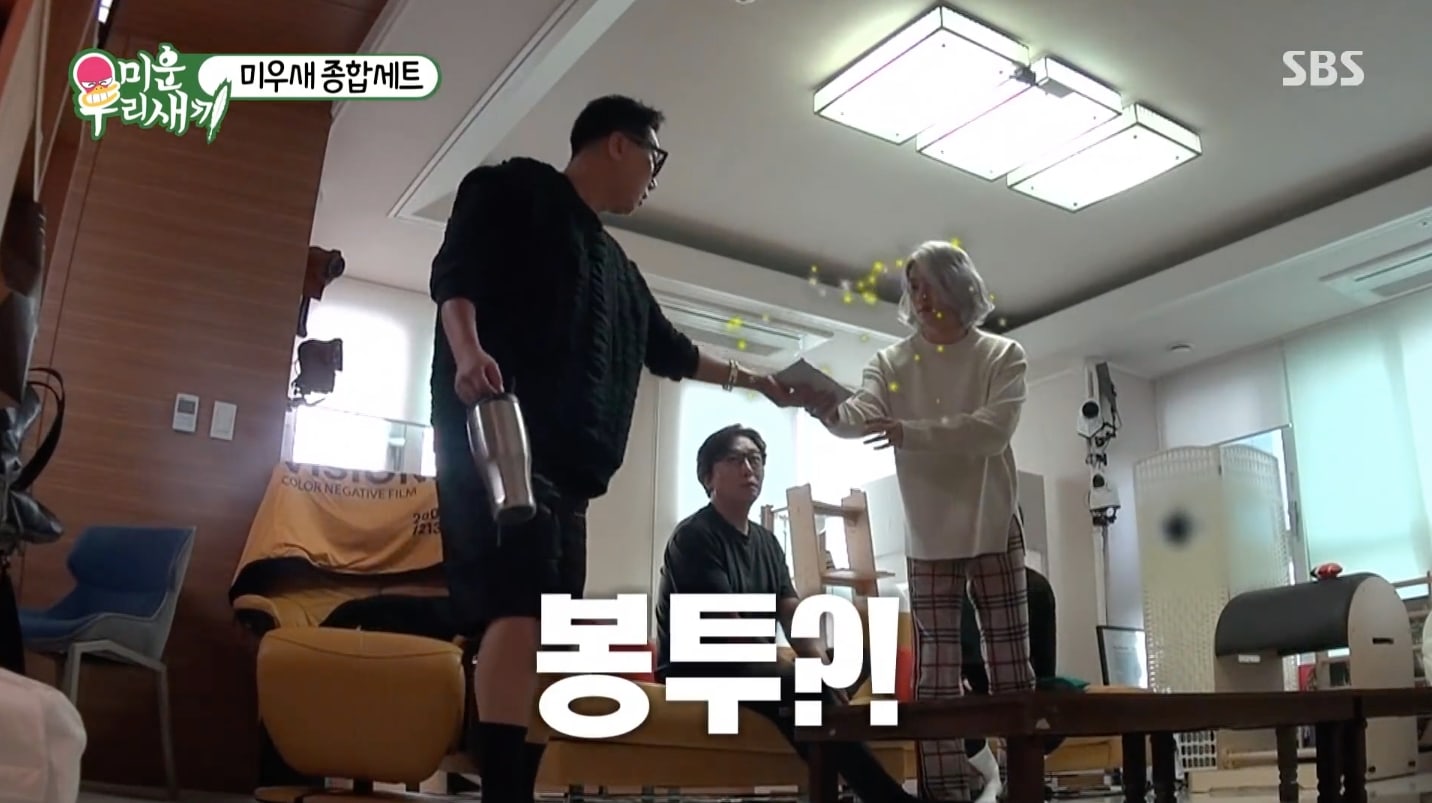 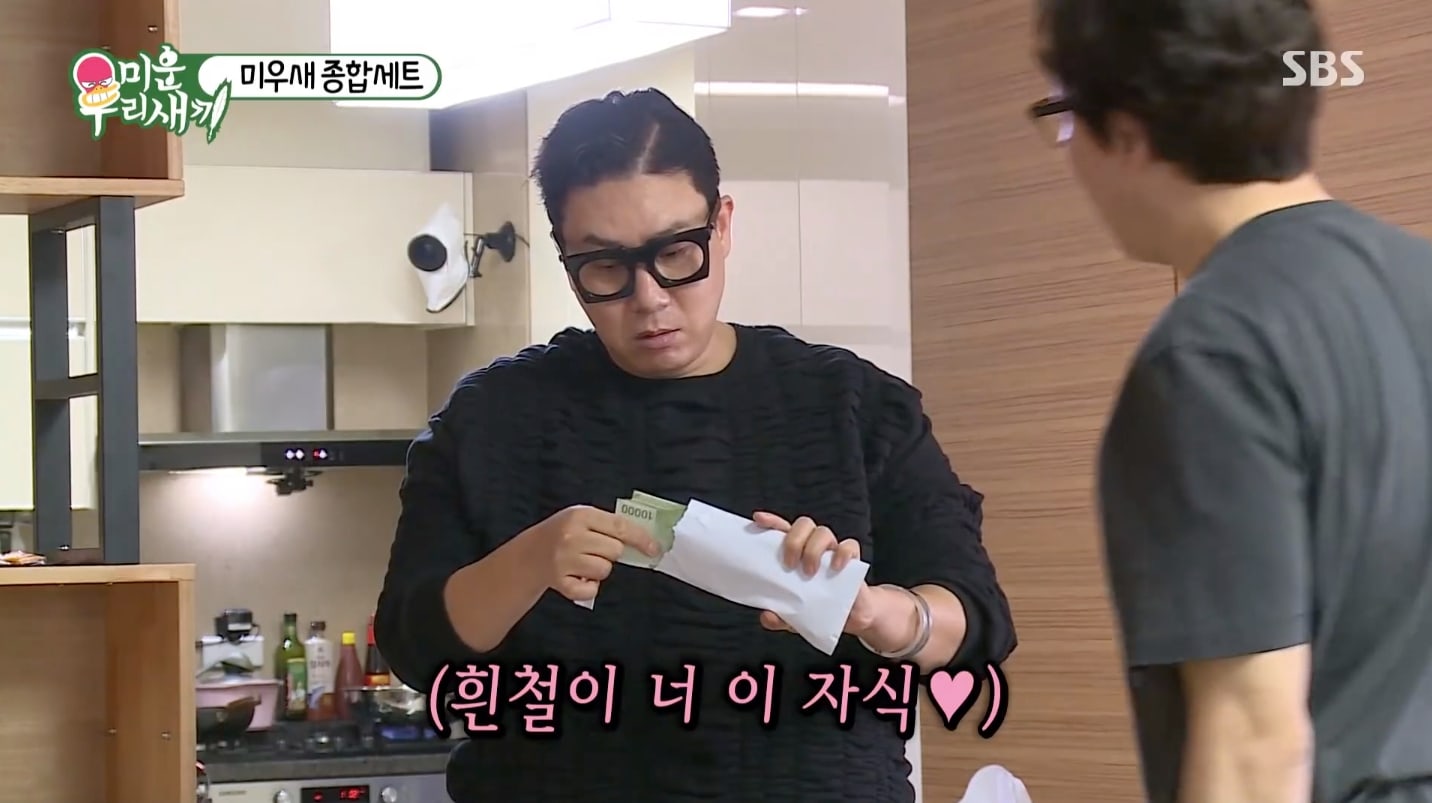 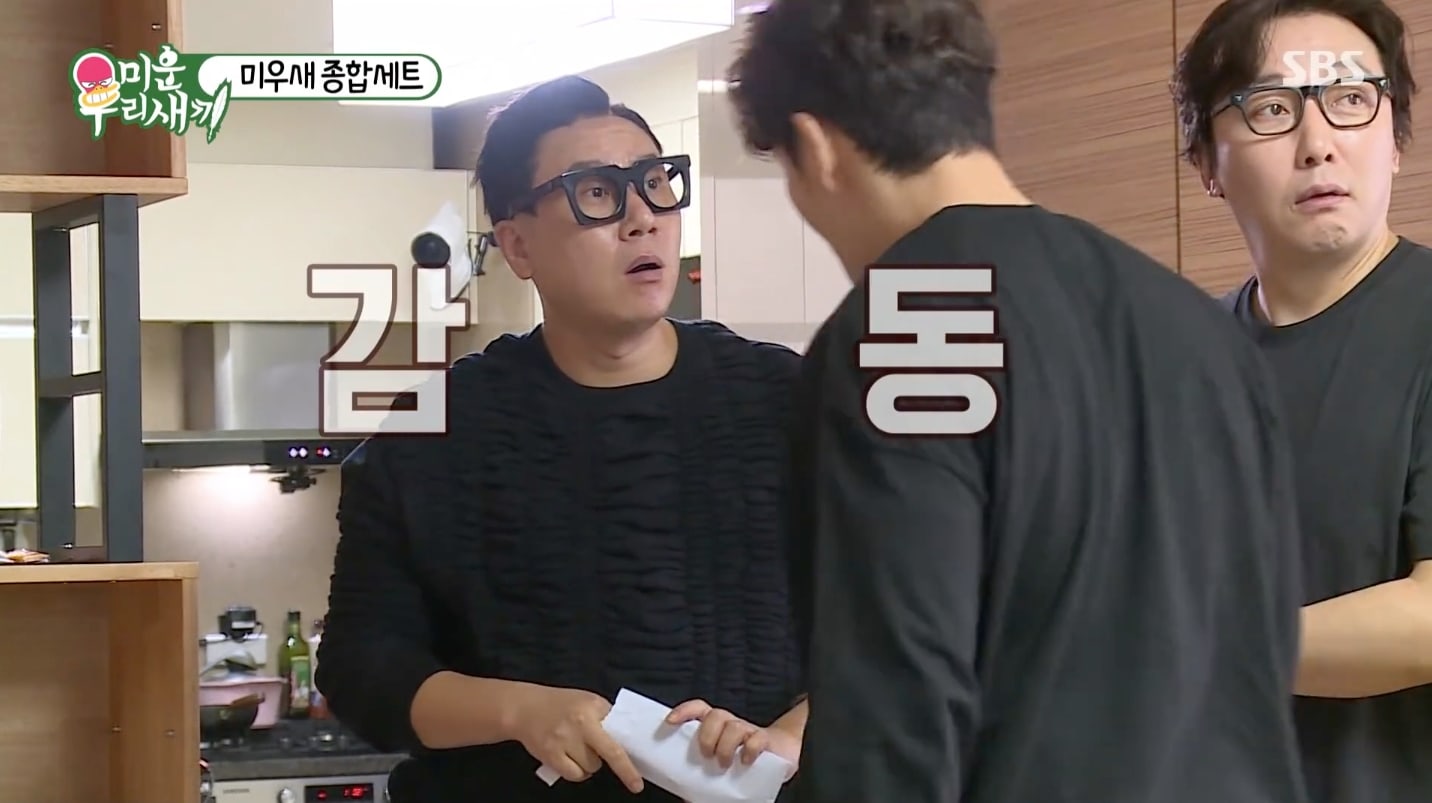 The other cast members also expressed surprise, with Kim Jong Kook asking, “Is that really money? He gave you cash? Why’d he give you money?”

Heechul explained, “I thought about what [Lee Sang Min] would need the most,” before confirming to his disbelieving co-stars, “I really went to the bank and withdrew that [cash]. I usually get people vacuum cleaners as housewarming gifts, but he already has a lot of vacuum cleaners and everything like that.”

Touched by Heechul’s display of generosity, Lee Sang Min sincerely thanked him, before adding with a laugh, “I think this is the first time I’ve seen a guy receive money from a younger friend.” 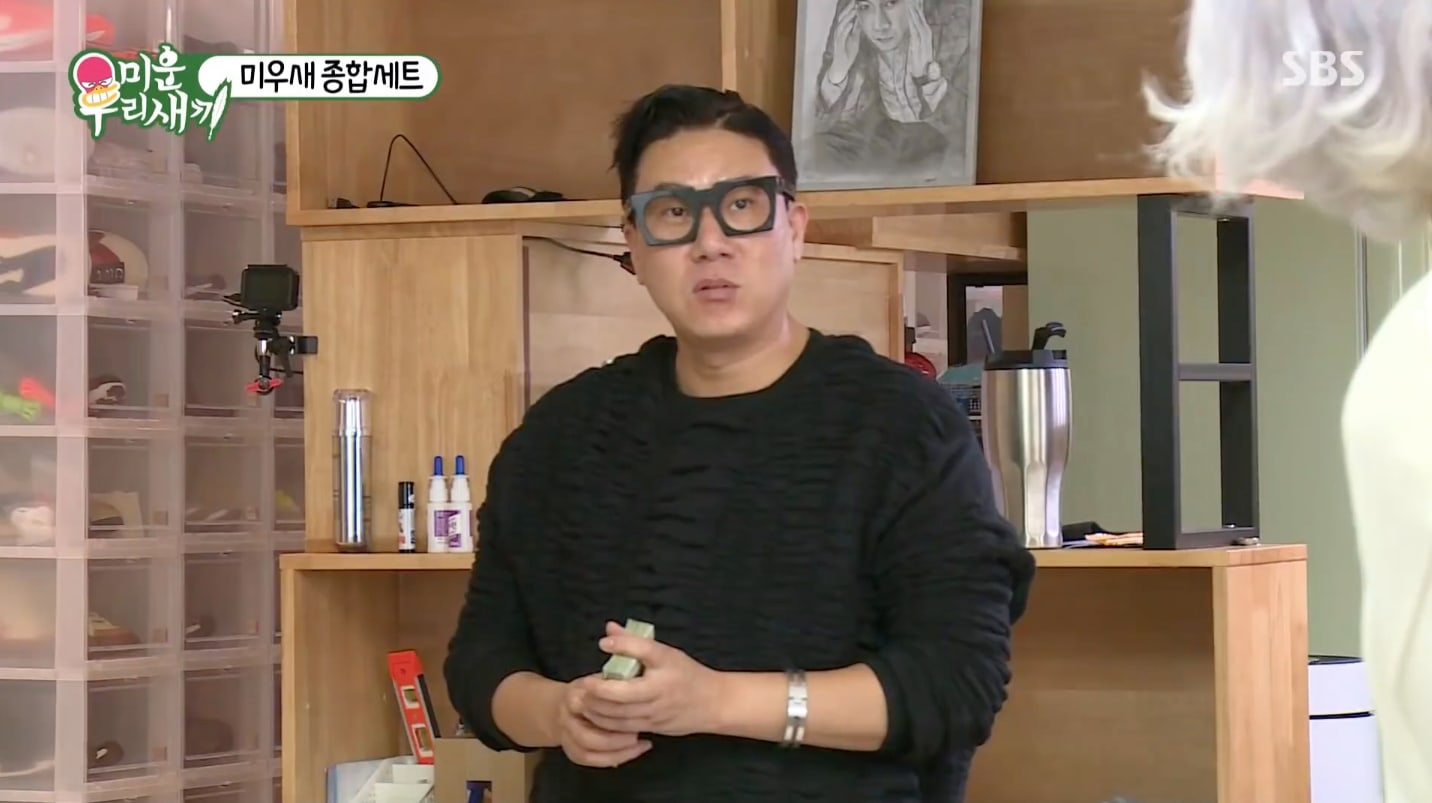 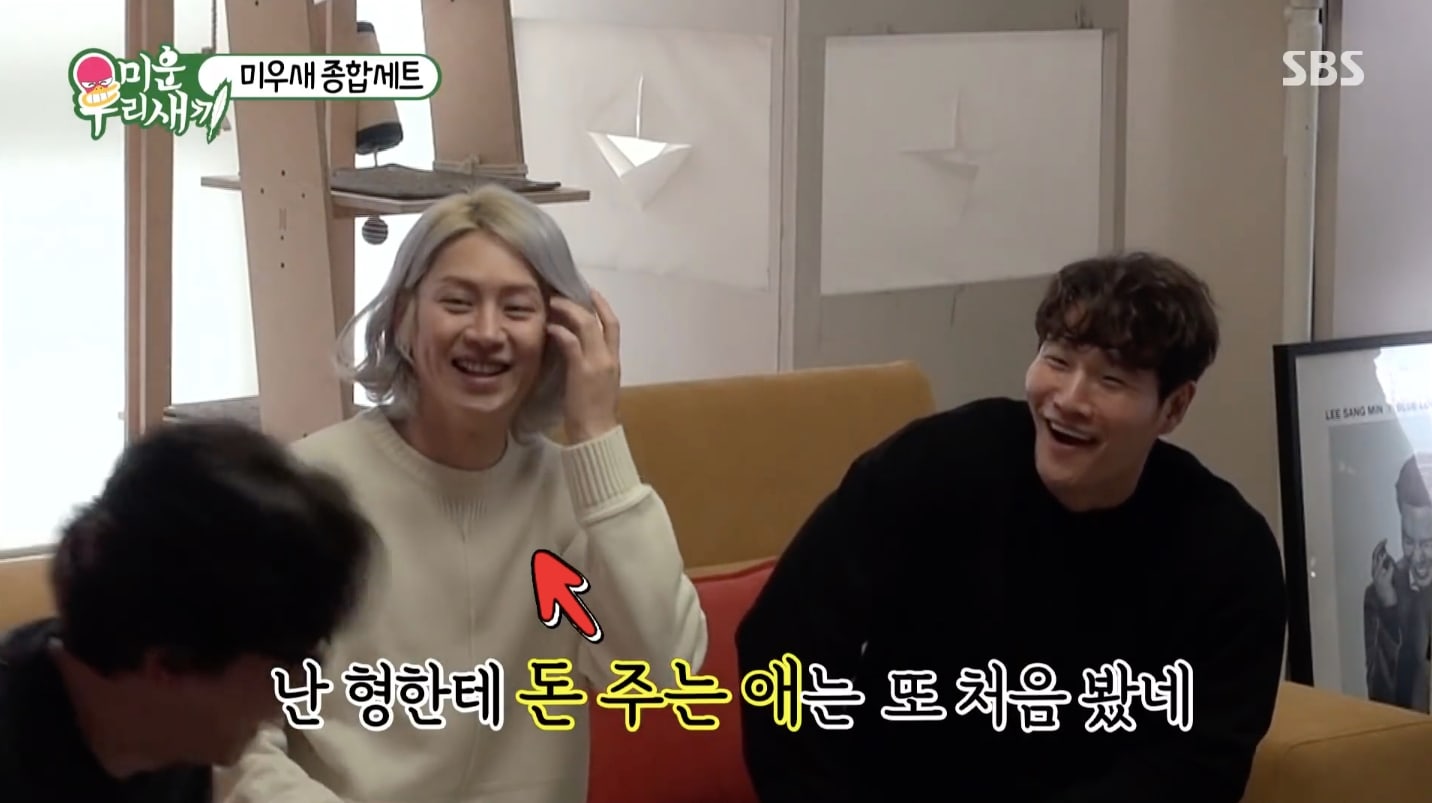