On April 5, Chanyeol took to Instagram to reveal that he had made an adorable show of support for Suho’s solo debut. The idol posted a video of himself surprising Suho behind the scenes, writing in the caption, “Romantic.”

In the video, an unwitting Suho is chatting with a staff member in his “Inkigayo” waiting room when Chanyeol suddenly bursts out of a nearby locker with a bouquet of flowers. After initially letting out a cry of surprise and backing away from the locker, Suho bursts out laughing as he happily greets Chanyeol with a warm hug.

Looking at the locker that served as Chanyeol’s hiding place—and that is noticeably smaller than him—Suho then asks the question on everyone’s minds: “How did you fit inside there?”

Shortly after Chanyeol posted the video on Instagram, Suho responded in the comments, “I love you.” 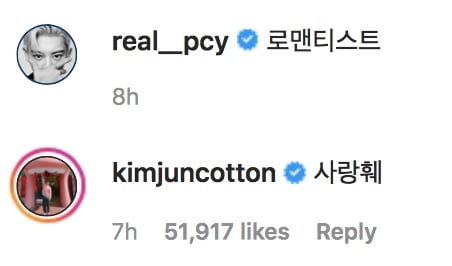 Watch Suho perform on the latest episode of “Inkigayo” below!

EXO
Suho
Chanyeol
How does this article make you feel?