Hyerim And Boyfriend Shin Min Chul Share How They Met, Their Feelings After Going Public With Relationship, And More

Hyerim and her boyfriend Shin Min Chul talked about how they met and more!

On the April 6 episode of the reality show “Don’t Be Jealous,” former Wonder Girls member Hyerim and taekwondo athlete Shin Min Chul appeared together as a couple for the first time. It was recently revealed that the couple has been dating for seven years.

The episode showed Hyerim and Shin Min Chul at a cafe on the day the news of their relationship came out.

Hyerim said, “I right away thought that he gave off a really good first impression, so although there were a lot of seats, I sat right in front of him.'” Shin Min Chul shared, “She arrived all out of breath and was looking for her family. She looked really cute and child-like doing that, which caught my eye.” 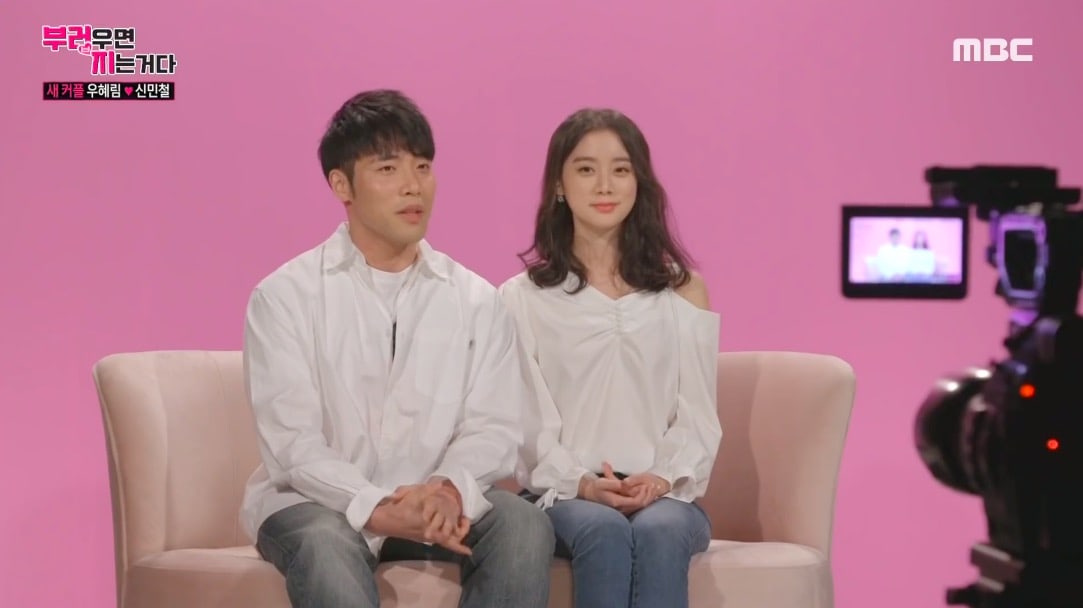 Hyerim’s fellow former Wonder Girls member HA:TFELT (Yeeun), who has experience in the public dating department, gave her a call after seeing the news. She congratulated them and said, “Going public… it’s going to be hard.”

Yubin also called the pair and was about to wish them well on publicly dating when Shin Min Chul touched Hyerim’s face, making Yubin squeal and the couple laugh. “Happy date!” she said to them in English. 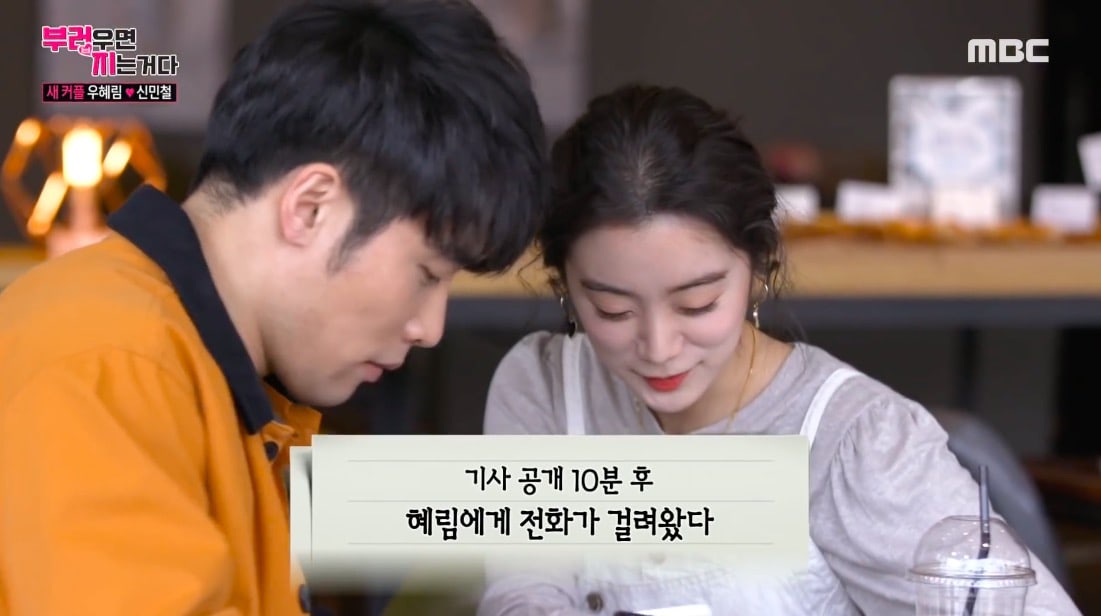 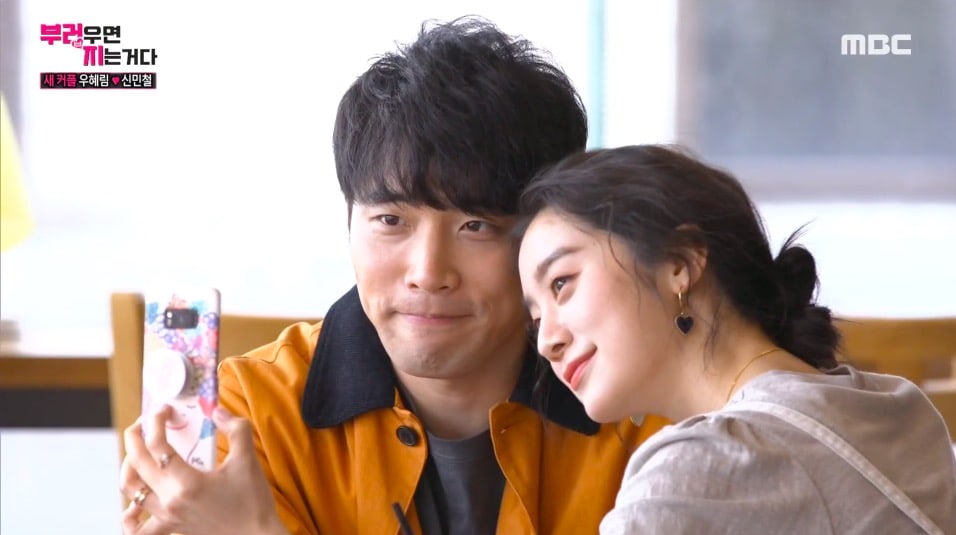 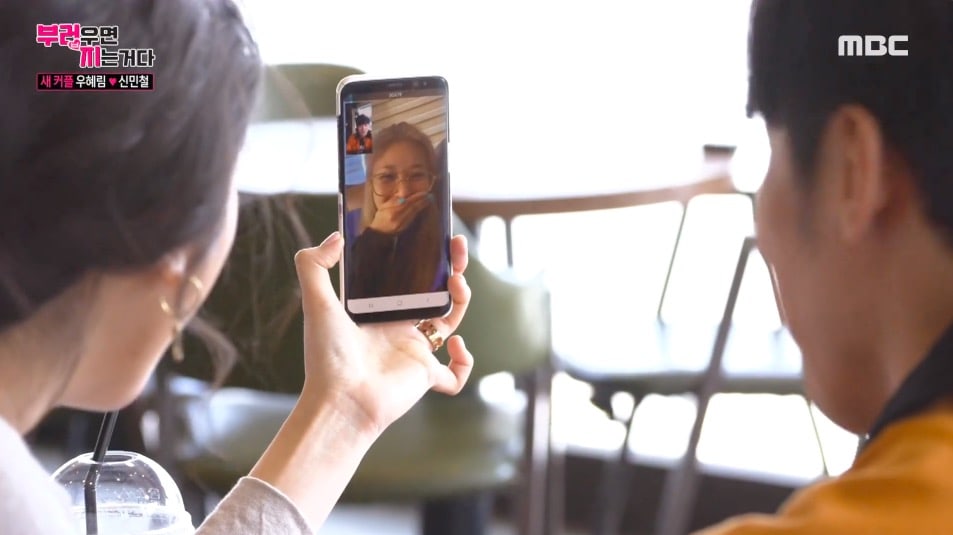 After the news came out, Hyerim prepared a letter to share with her fans on Instagram. The couple also marveled together over how the article about their relationship landed on the front page of Naver and how Shin Min Chul reached No. 1 on the realtime search rankings. Once she uploaded her letter on to Instagram, she nervously turned her phone over on the table and said, “I don’t want to look anymore!” 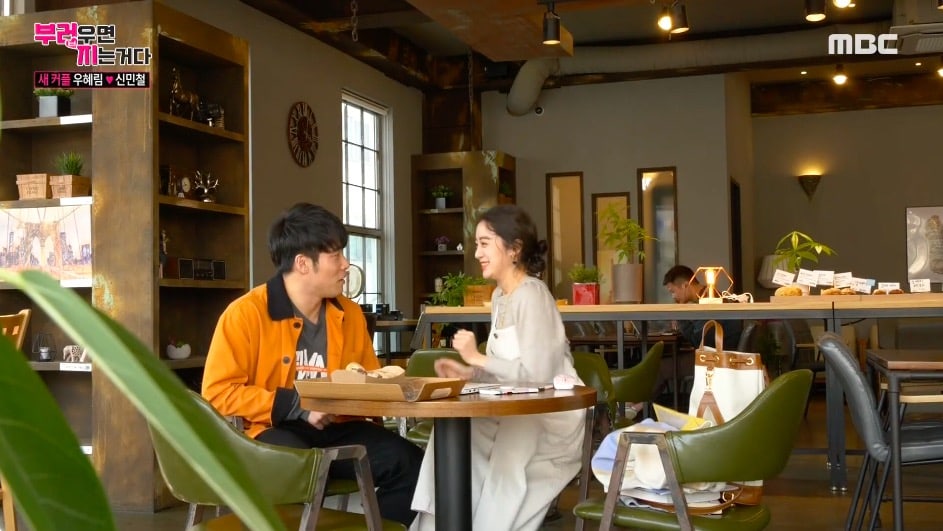 Hyerim said in her interview, “I feel relieved now that we’re dating publicly. It’s like a weight is suddenly lifted off my shoulders.” Shin Min Chul happily said, “The very first thing I thought was, ‘Now I can upload photos.'” 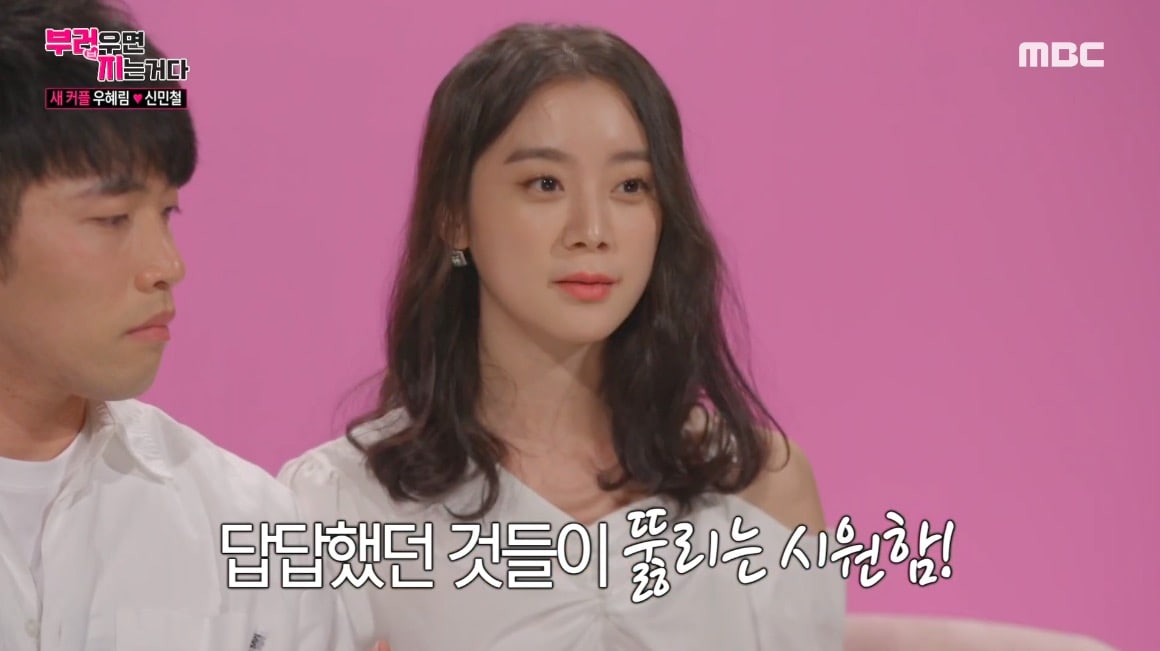 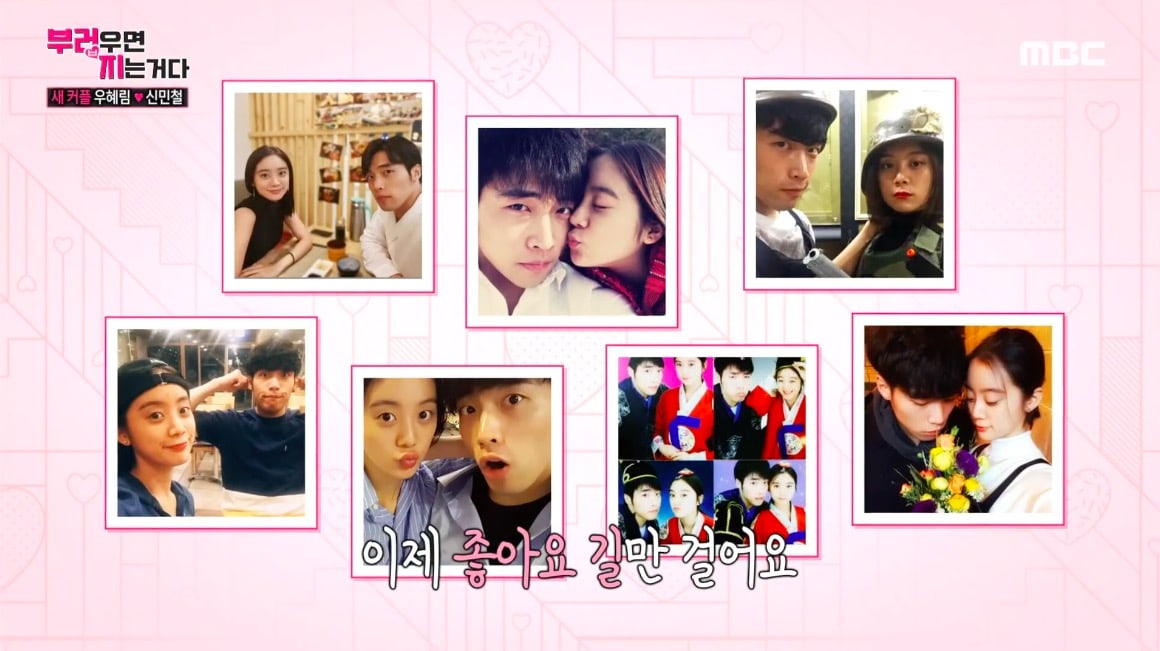 Shin Min Chul also prepared a bouquet with macarons for Hyerim as a White Day gift and to celebrate them going public with their relationship. Some of the macarons even had their photos on them, and others spelled out the message, “I love you just because you’re Woo Hye Rim.” Hyerim was so touched she teared up as she thanked him, and he wiped her tears. 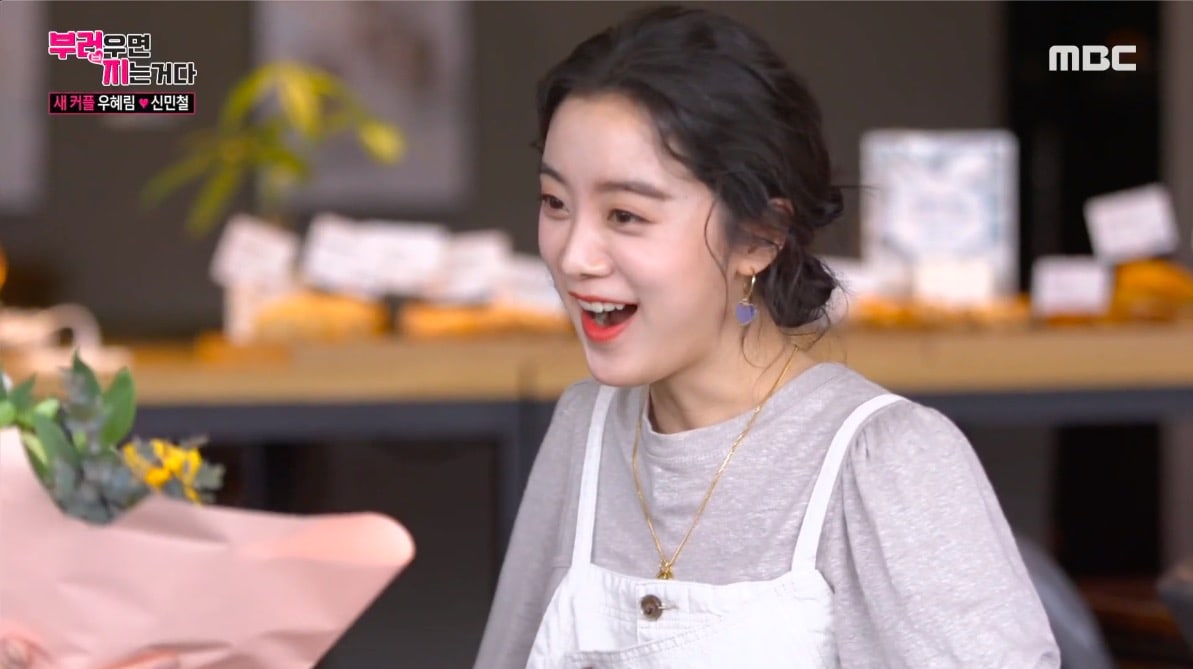 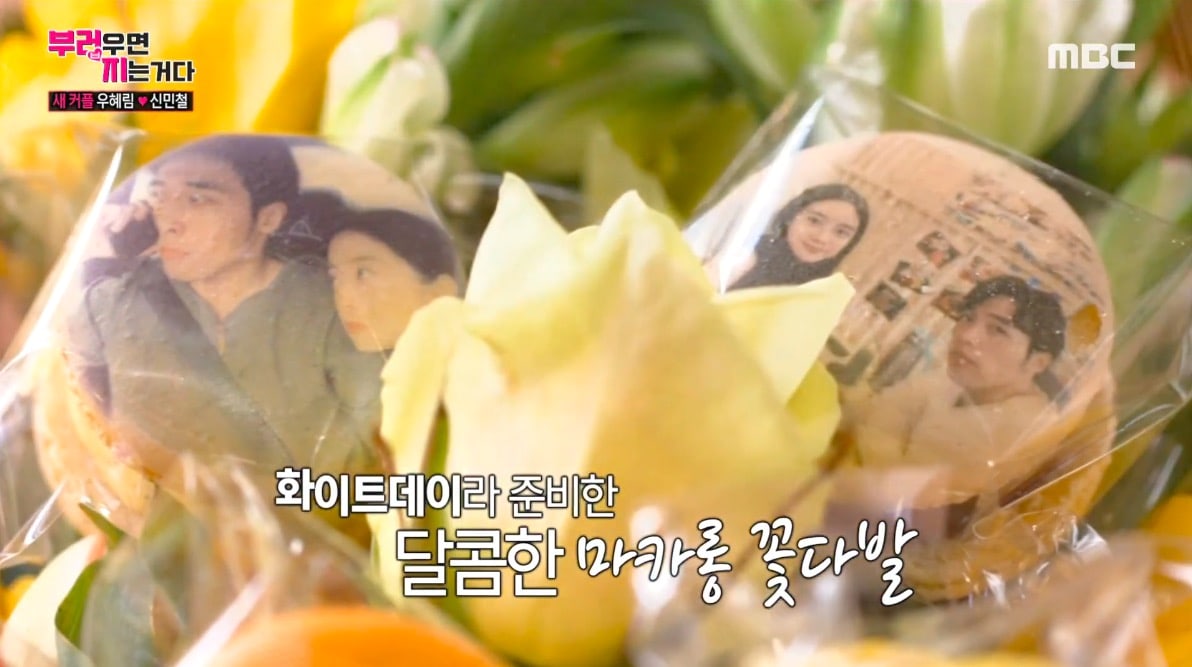 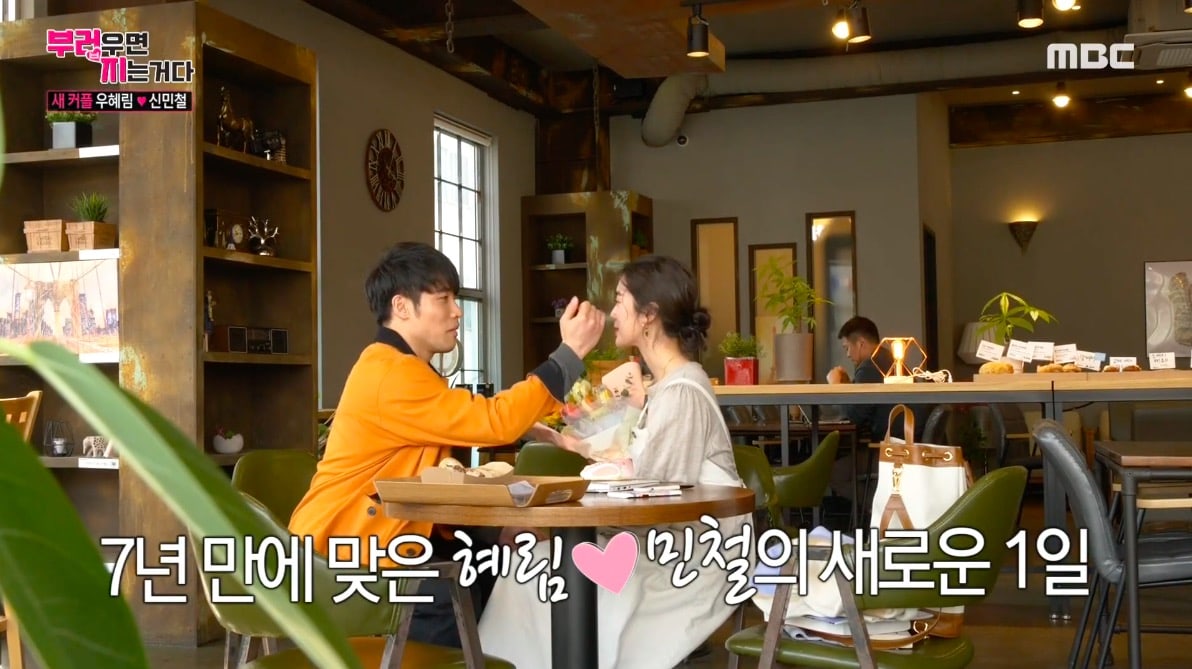 Watch “Don’t Be Jealous” below!