The cast of “Home Alone” (“I Live Alone”) celebrated the show’s seventh anniversary together!

Sung Hoon received many questions including one 17-year-old fan asking how long she’d have to wait in order to marry him. Reading these comments, Lee Si Eon joked that it felt as if he was at the actor’s fan meeting.

When asked which member she’d like to take on a deserted island, Park Na Rae replied, “I think I’ll go with Sung Hoon. Sung Hoon has good survival skills.” Gian84 joked, “I think you’ll survive well on your own,” and she commented, “I don’t think it’ll be boring if I were to go with Gian84.” Park Na Rae also got up to give twerking lessons at fans’ requests. 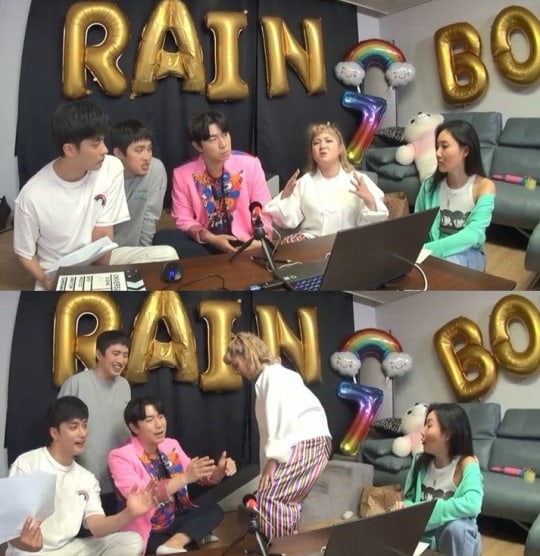 Gian84 received some comments about fashion. “I bought lots of clothes, but I realized through Choong Jae that it’s all about how your face looks,” he said.

As for choosing between Lee Si Eon and Sung Hoon, the webtoon writer answered without any hesitation, “I told you it’s Sung Hoon.” Lee Si Eon jokingly got mad at him, and they bickered throughout the broadcast.

One fan commented that Gian84 resembled Park Sae Ro Yi, Park Seo Joon‘s character from “Itaewon Class.” Making everyone laugh, Gian84 said, “I’ll get criticized if you say things like this, but I will no longer deny it. I will live with self-confidence.”

The cast then reminisced about their first appearance on the show. Gian84 said, “It still feels like a dream,” to which Park Na Rae joked, “Are you sure it’s not a nightmare?”

Lee Si Eon said that he wasn’t very knowledgeable at the time, while Sung Hoon added, “I didn’t know while filming, but I felt embarrassed when watching my clip for the first time in the studio.”

MAMAMOO’s Hwasa revealed, “I thought that it was a big failure. I felt embarrassed watching myself, but many people enjoyed it.” 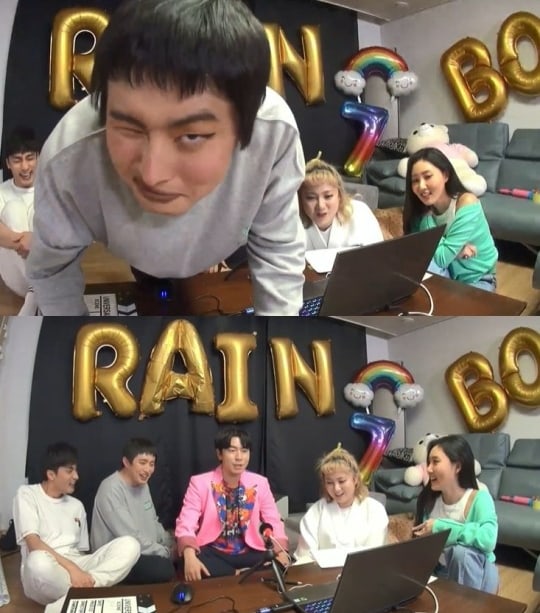 Park Na Rae said, “I talked a lot about Na Rae Bar in variety shows, but I felt hesitant when it came time to show it [on TV]. I believe that I was able to come here because the ‘Home Alone’ cast members talked about it in such an entertaining way.”

When a fan asked if he was jealous of Gian84, Lee Si Eon stated, “There are many people with misunderstandings that I dislike Gian, but we’re really close.” He further explained, “I like Gian84, but I get angry when Gian84 does frustrating things.”

Another fan asked for advice on how to deal with malicious comments. “I have not yet overcome this,” he said. “I made a volunteering organization, but the number came to be 100. It felt somewhat upsetting.”

Hwasa was then tasked with creating members for a group if she were to debut with the “Home Alone” cast. The idol said, “I’ll first choose Na Rae, and I think Sung Hoon will work with me as the visual part. Next, I’ll choose Lee Si Eon. I can’t control my emotions, and Gian84 can’t control them even more, so I removed [him].”

The MAMAMOO member also answered honestly about the most uncomfortable cast member. “We’re close, but it was sometimes uncomfortable,” she said. “I misunderstood Lee Si Eon during my first appearance. I thought that he was weird.”

The cast concluded the broadcast with an acrostic poem to “Home Alone” and a live duet performance by Hwasa and Gian84. 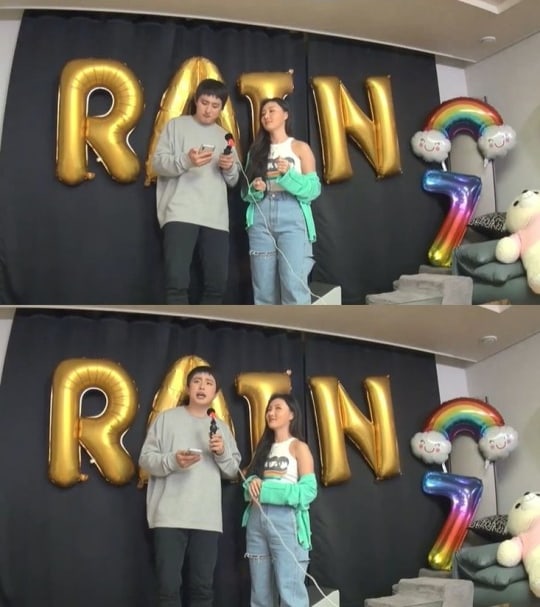