AKMU is celebrating a momentous benchmark!

April 7, 2020 marks AKMU’s 6th debut anniversary. Both siblings shared photos from a gathering they had to celebrate the occasion.

Lee Chan Hyuk shared a series of photos from the meeting. IU and Red Velvet’s Yeri expressed their support for the group in the comments as IU wrote about Lee Chan Hyuk’s photo, “You look like someone who looks very trustworthy in this [first] photo,” and Yeri wrote, “Soo Hyun is so cute.” 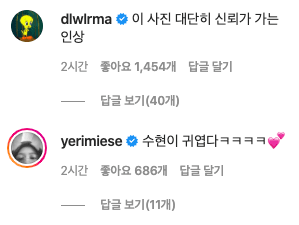 The siblings first appeared on SBS’s “K-Pop Star 2” in 2012 and after winning the season, they signed on with YG Entertainment and officially made their debut on April 7, 2014. They have released countless hits over the years, and Lee Soo Hyun recently featured in the music video for WINNER’s pre-release track “Hold.”

Red Velvet
IU
AKMU
Yeri
How does this article make you feel?