MBC’s “Find Me in Your Memory” has released new stills of UP10TION’s Lee Jin Hyuk and Kim Seul Gi!

In the newly released stills, Yeo Ha Kyung is placing a cup of ice next to Jo Il Kwon’s face. Jo Il Kwon flinches back, looking surprised by Yeo Ha Kyung’s actions. In another photo, Jo Il Kwon is pouting as he uses the ice to massage his face.

Furthermore, the two are also shown enjoying a date with their table filled with food from the convenience store. Yeo Ha Kyung is feeding Jo Il Kwon instant noodles and a sausage with an indifferent expression that starkly contrasts her thoughtful actions. Viewers are curious to find out how the two came to enjoy a date at the convenience store. 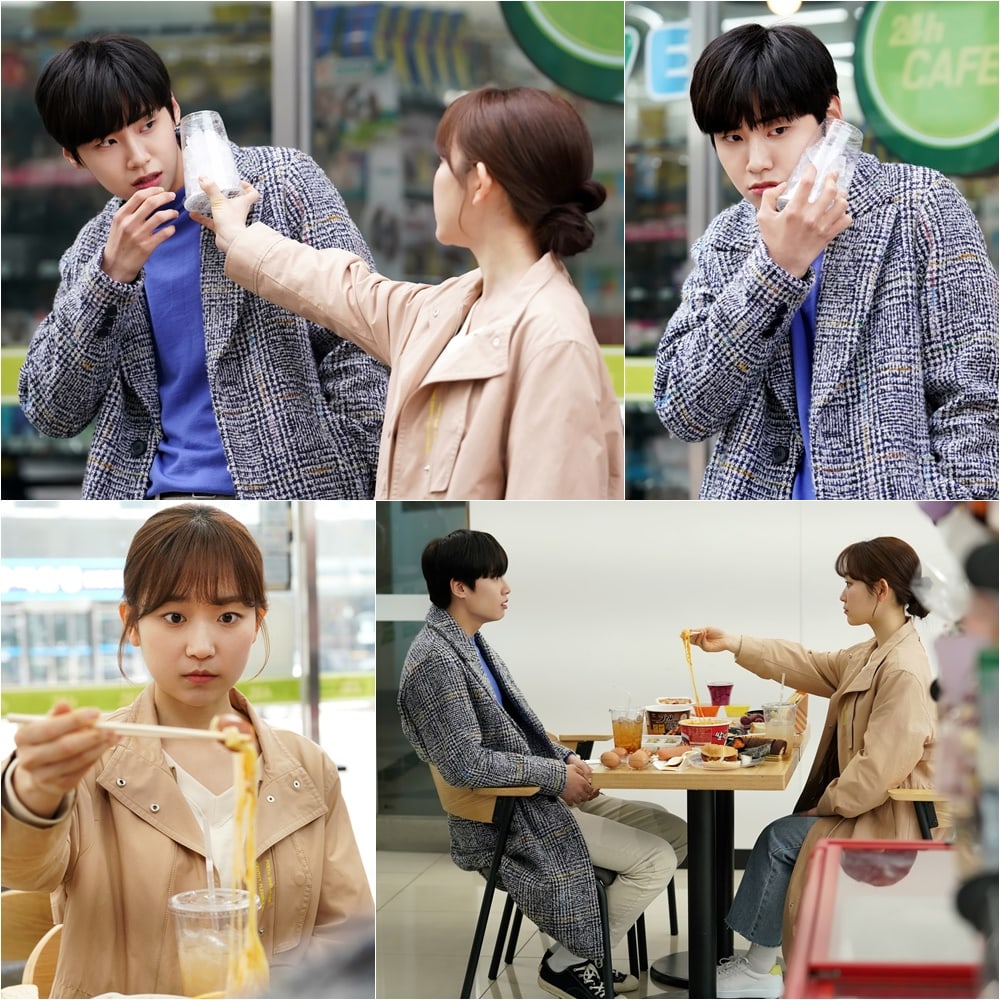 The production team shared, “In addition to the romance between the ‘memory couple’ Kim Dong Wook and Moon Ga Young, the romance between the ‘maknae (youngest) couple’ Kim Seul Gi and Lee Jin Hyuk will also add a different vigor to the drama. Kim Seul Gi and Lee Jin Hyuk’s love-hate chemistry will make viewers laugh, so please look forward to their romance.”