f(x)’s Amber Liu shared an image in her Instagram stories showing she was listening to Jonghyun’s track “U & I” and wrote on it, “Our Jjong oppa, happy birthday.” 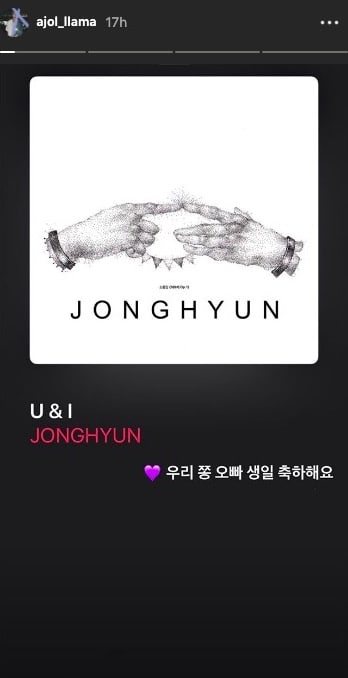