Watch: Chae Soo Bin Shares Why Jung Hae In Makes Her Laugh So Much On Set Of “A Piece Of Your Mind”

The cast of “A Piece of Your Mind” sat down for an exclusive interview with Rakuten Viki!

In the interview, the cast was asked to describe why people should watch the drama. “Jung Hae In is in it,” said Kim Sung Kyu, making his co-stars laugh. Lee Ha Na said, “Great chemistry.” 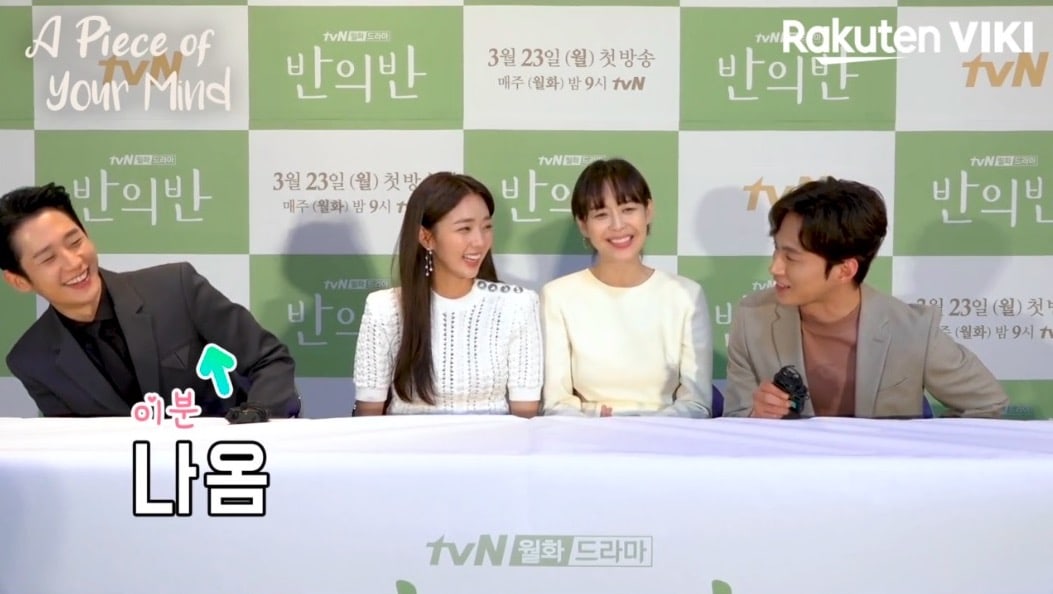 Chae Soo Bin said “It’s very heart-warming,” and Jung Hae In laughed over how the cute way she said that sounded like she was playing her character. Jung Hae In then described the drama as “sentimental and fond.”

When asked to share what they’ve learned about each other, Jung Hae In said that he was surprised by Kim Sung Kyu. “He’s very witty and humorous,” he said. “I didn’t expect him to be like that.” 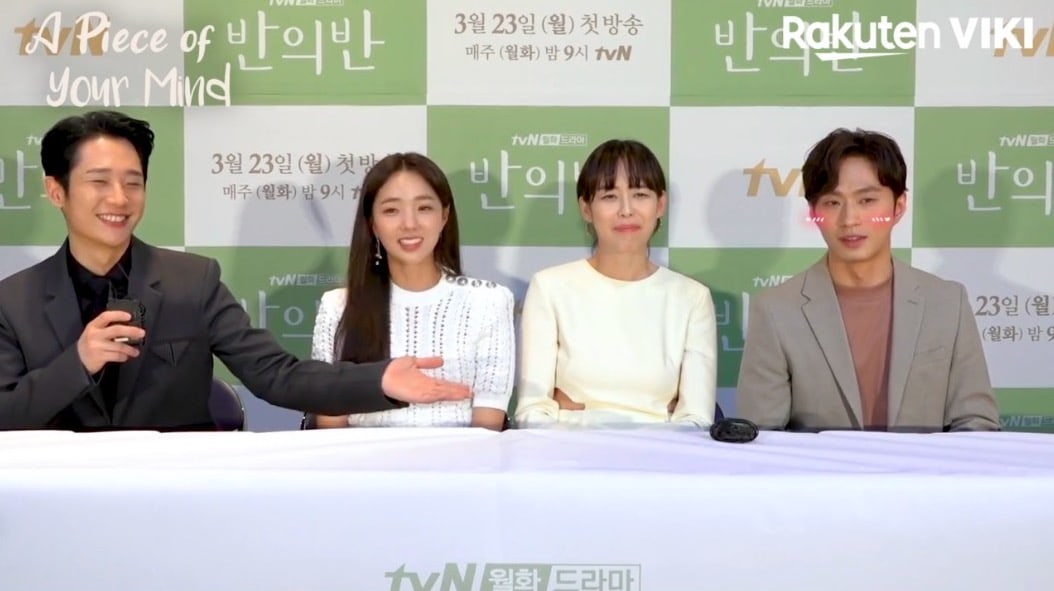 Lee Ha Na described how Kim Sung Kyu played a villain so well that she was curious what he’d be like in real life. “He’s very sincere and an upright person,” she said.

Chae Soo Bin then shared what she’d noticed about Jung Hae In. “When we were filming together, I found that Jung Hae In was slower than I’d thought and kind of adorably clumsy,” she said, making her co-stars burst into laughter. “There were a lot of things I could tease him about, so I joked around and teased him a lot.”

She explained that one day, her stylist team and his had switched their roles, so her stylist team helped him get dressed. “He didn’t notice for a really long time,” she said with a laugh. “I laughed a lot, it was a lot of fun.” 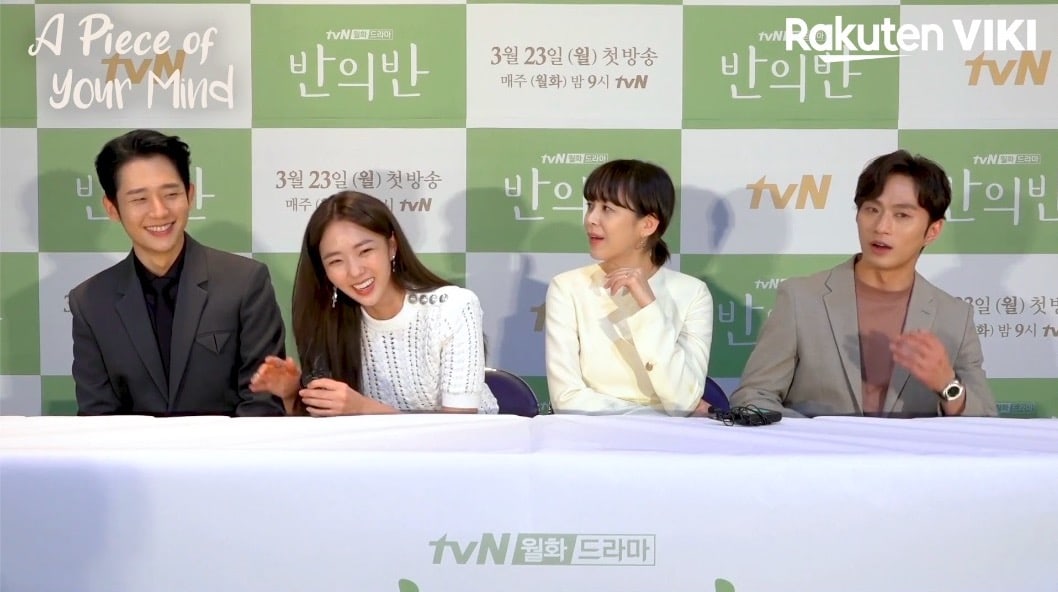 The cast was then asked a series of questions to find out their preferences. When it came to dogs versus cats, Jung Hae In chose dogs, Chae Soo Bin said she couldn’t choose and answered “Both!”, Lee Ha Na said dogs, and Kim Sung Kyu chose cats. 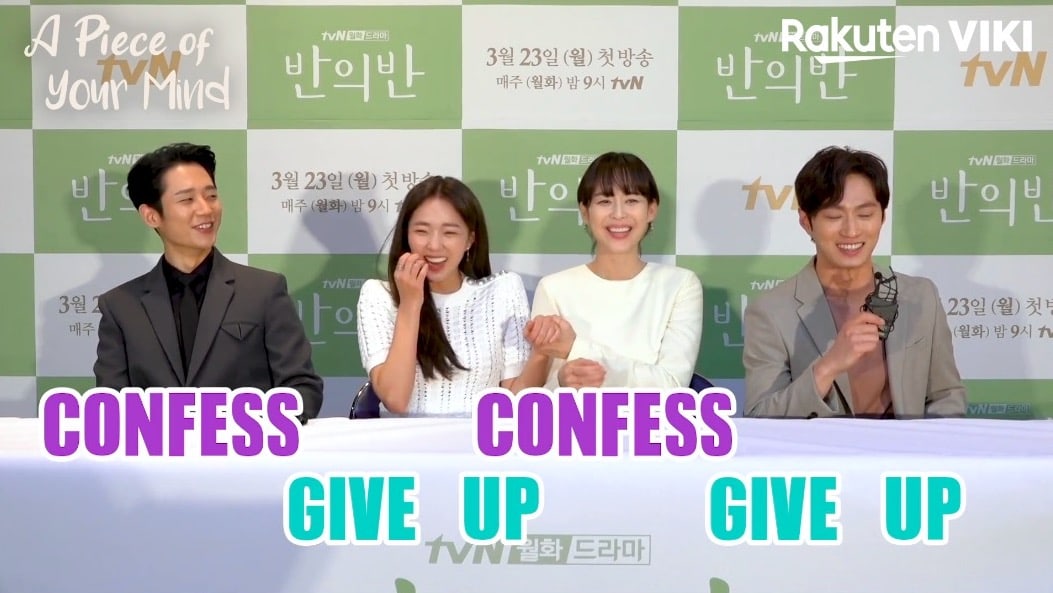 On the topic of K-pop versus classical music, Jung Hae In and Chae Soo Bin both chose K-pop while Lee Ha Na and Kim Sung Kyu chose classical.

The cast then gave a shoutout to their fans on Viki. Kim Sung Kyu said, “I think many of you will be able to relate to our drama. There are a lot of charming characters, so please check out the drama.”

“Viki fans, please show a lot of love to our drama ‘A Piece of Your Mind’!” the cast said together. “See you on Viki!”