BTS will be streaming footage of their concerts over the years in a special event for fans who are staying at home!

On April 10 at midnight KST, the group revealed the news about their online concert weekend titled “BANG BANG CON.”

The streaming event will provide fans with an “at-home BTS concert experience,” and the teaser poster encourages fans to “spend a couple of Spring Days comfy at home with BANG BANG CON.”

The event will be held from April 18 to 19, starting at noon KST and stream on the BANGTANTV YouTube channel. 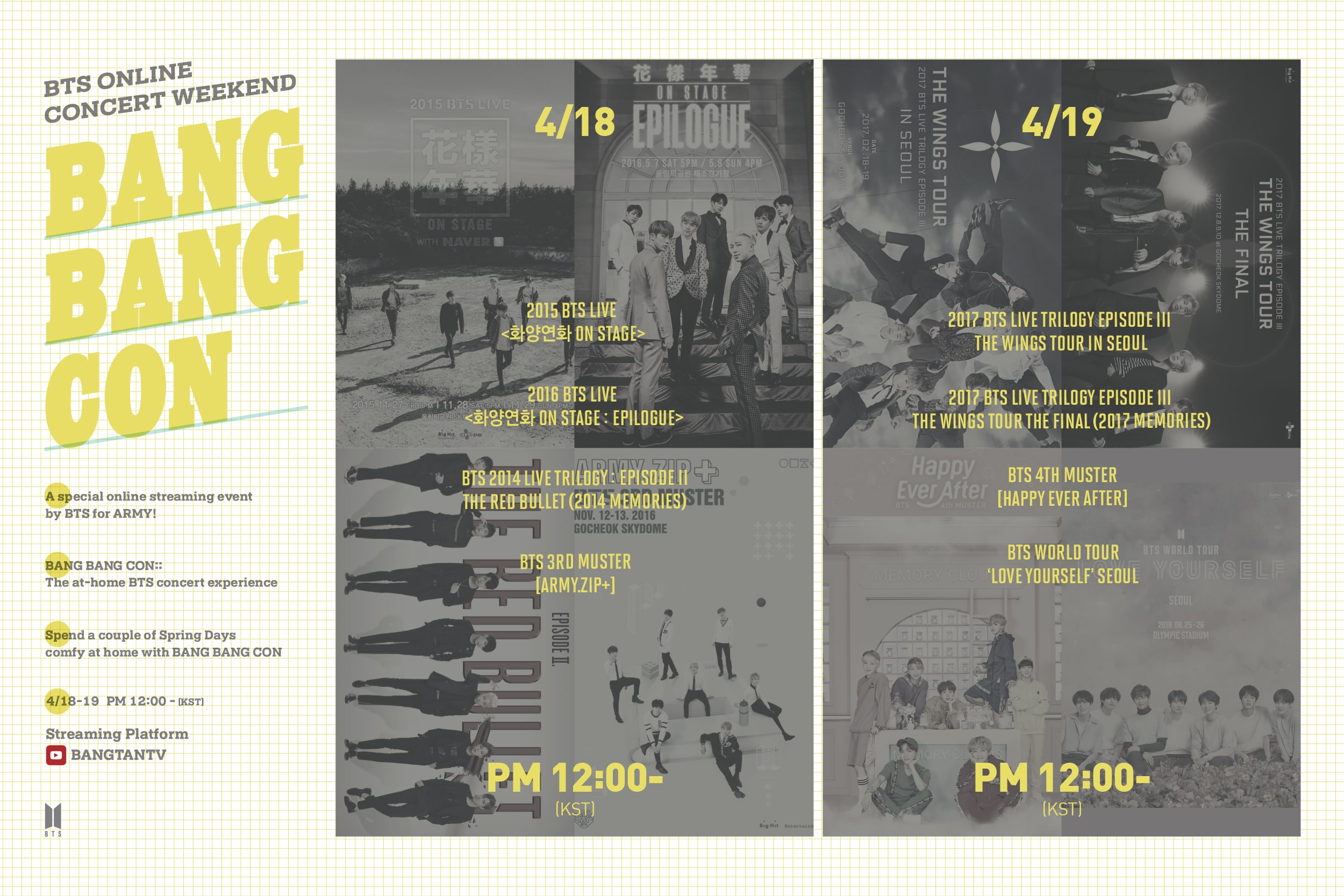