“Good Casting” will be an action comedy that follows women who were pushed into desk jobs at the National Intelligence Service (NIS) only to one day find themselves being promoted to field agents and sent undercover on a mission. 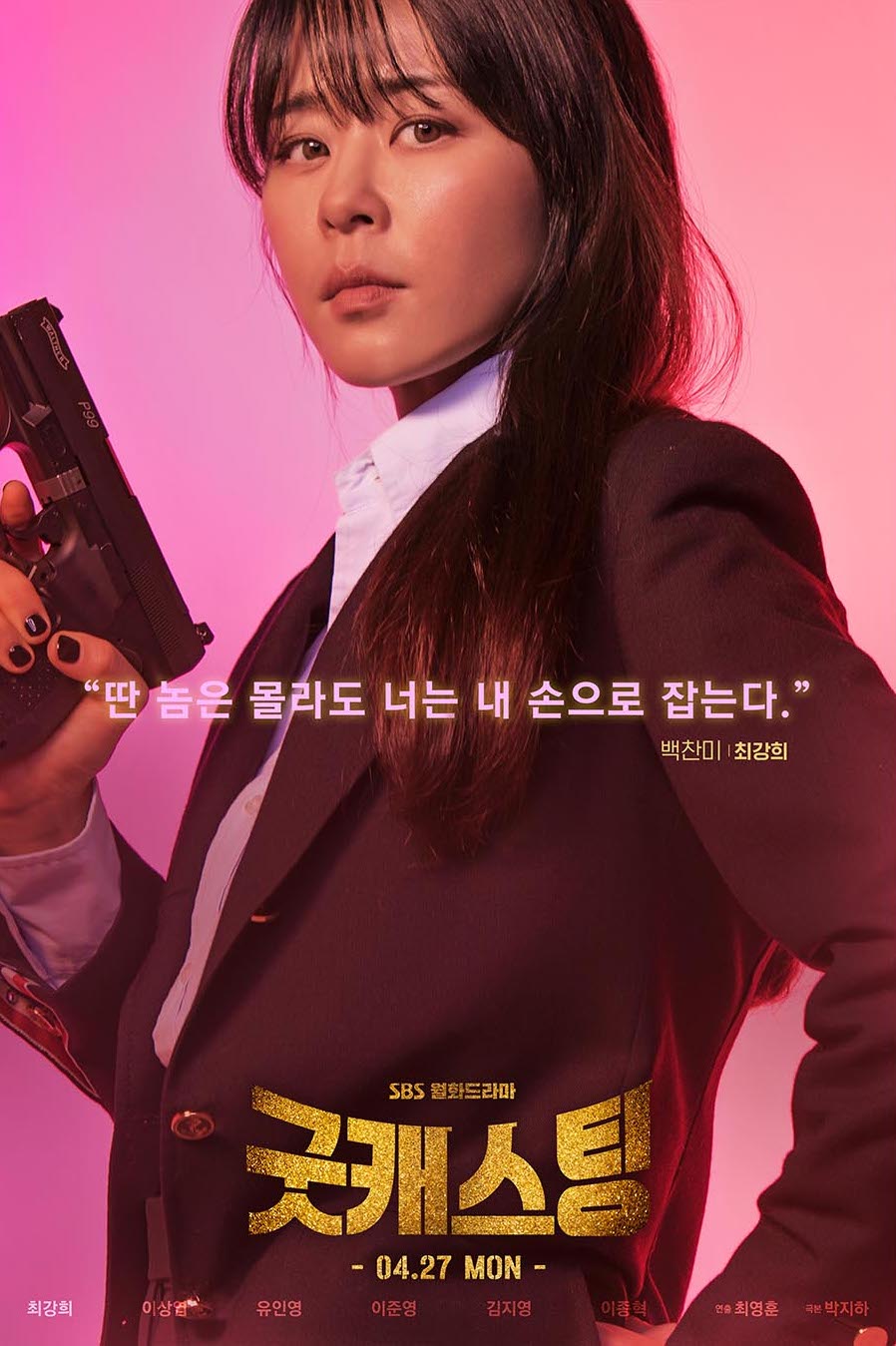 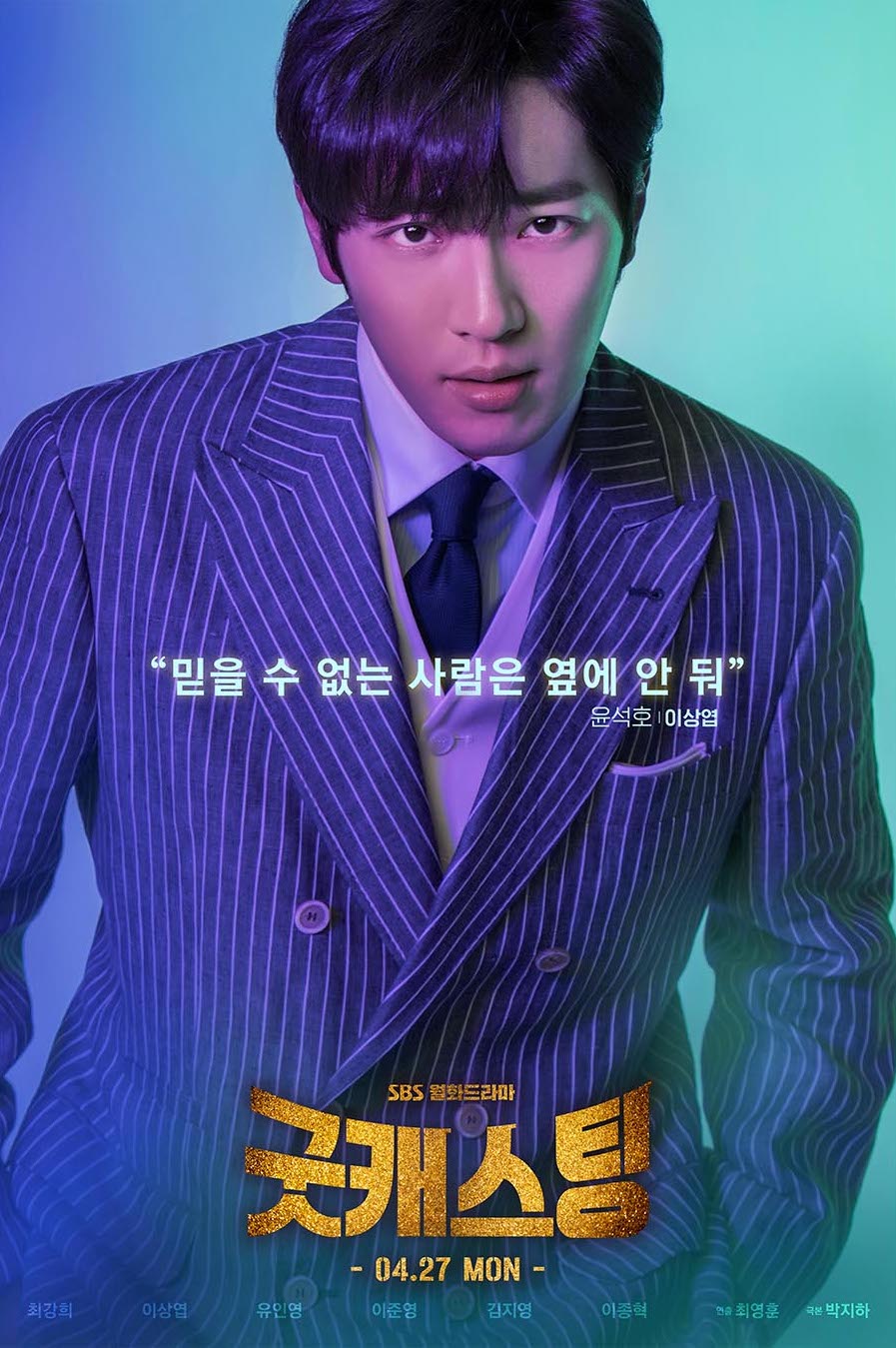 The drama has now released character posters for the six leading cast members that reflect the unique and fun characters they will be playing. First up is Choi Kang Hee as Baek Chan Mi, who is extremely skilled at her job but is also quite strange as well, earning her the nickname of “The NIS’s problem child.” She exudes charisma as her tagline reads, “I don’t know about anyone else but you, I will catch you myself.” Alongside her is Lee Sang Yeob as Yoon Seok Ho, the CEO of Ilkwang Hi-Tech who has perfect university credentials, comes from a good family, is handsome and well-mannered. He has a sharp look in his eye as his tagline reads, “I don’t keep people I can’t trust by my side.” 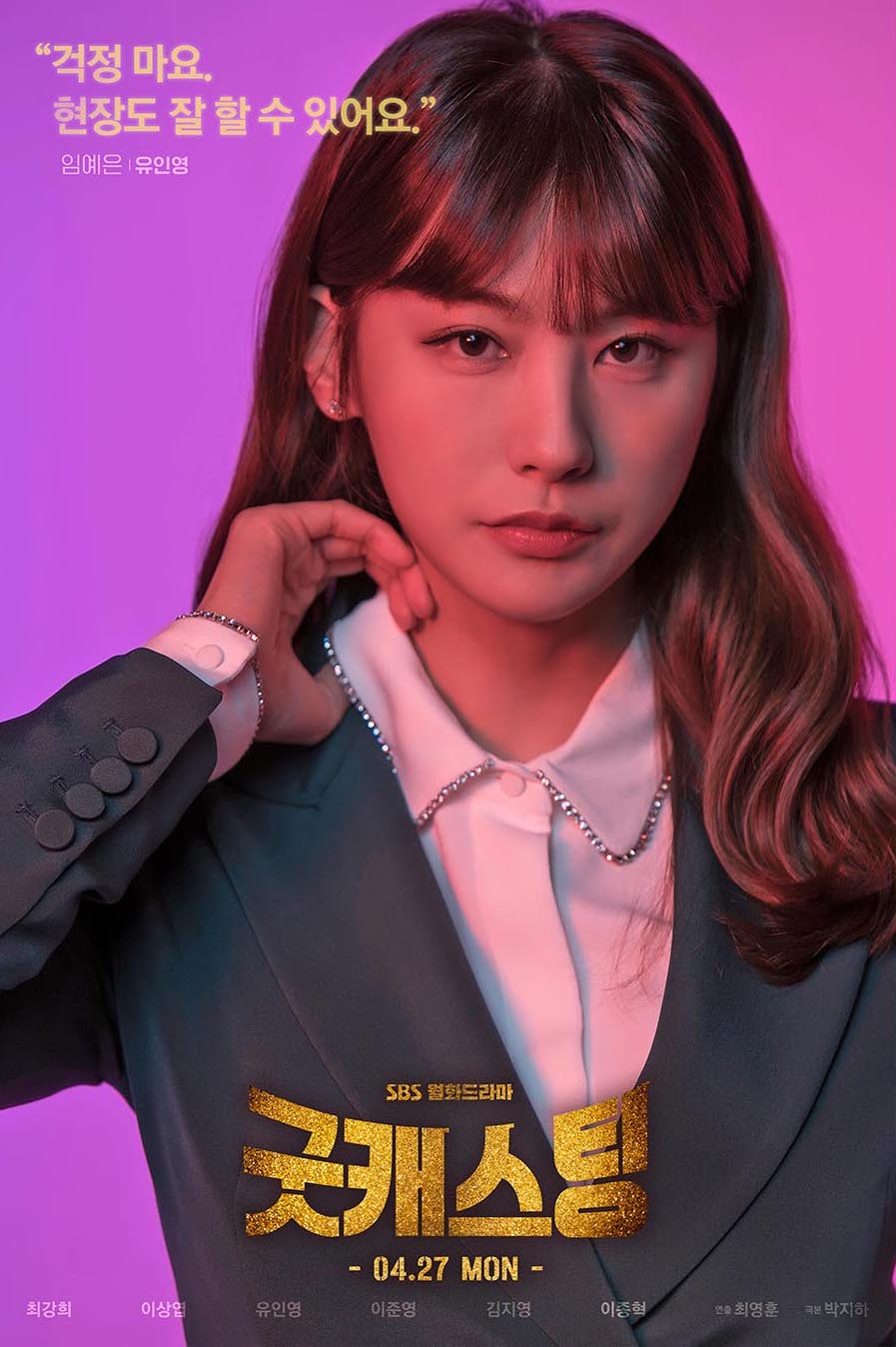 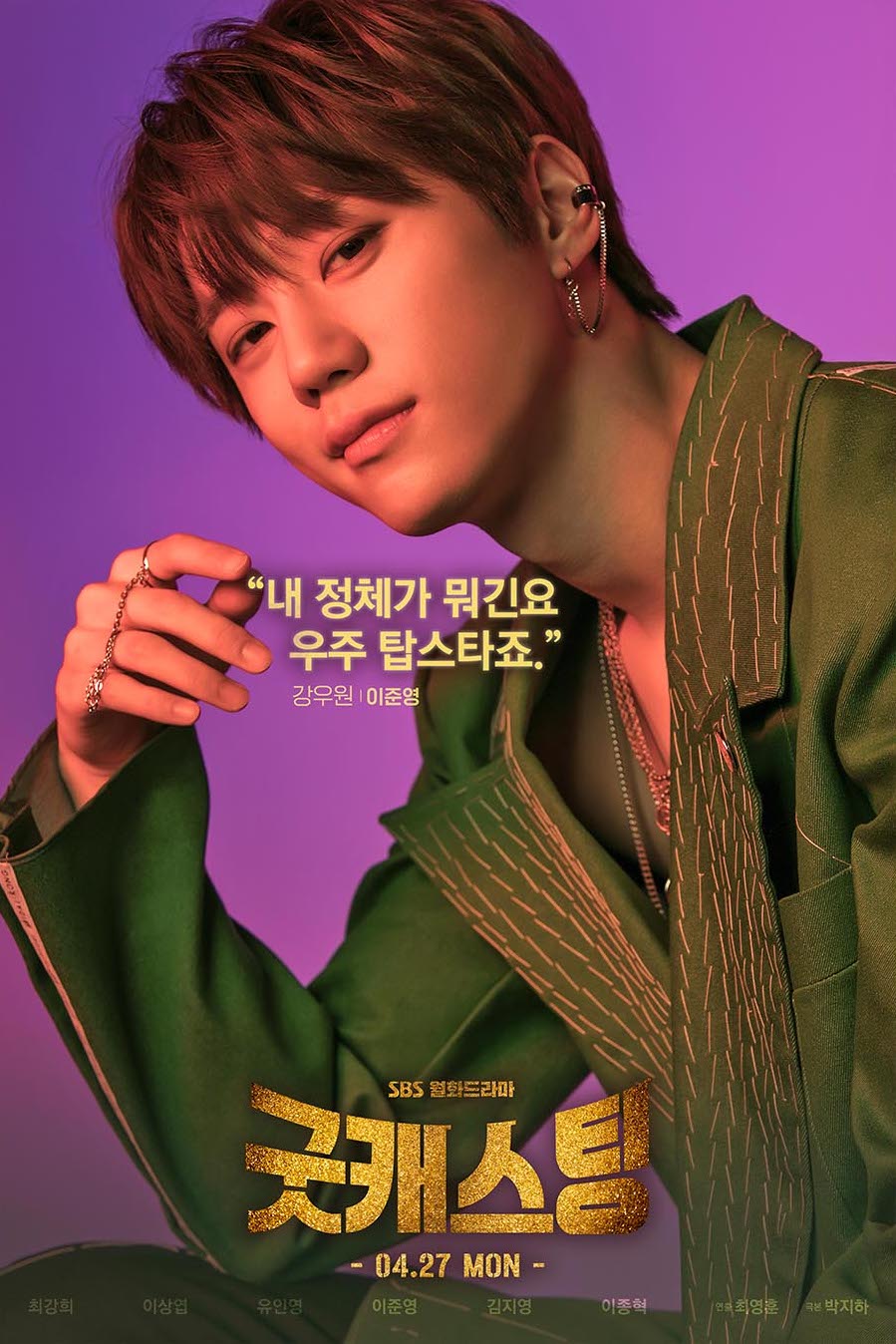 Yoo In Young takes on the role of Im Ye Eun, who has a sharp mind but can be a little clumsy at times. Her tagline reads, “Don’t worry. I can do just as well in the field,” reflecting her role as a white agent who is the voice in the ears of agents as they navigate the field. Things will get interesting as the roles are reversed and she ends up being the one tasked to get out and complete a mission. U-KISS’s Jun will play the role of Kang Woo Won, a rising star who was able to hit it big after appearing in a popular drama. He is at the center of the spotlight and he knows it as his tagline reads, “Who am I? The universe’s greatest star.” 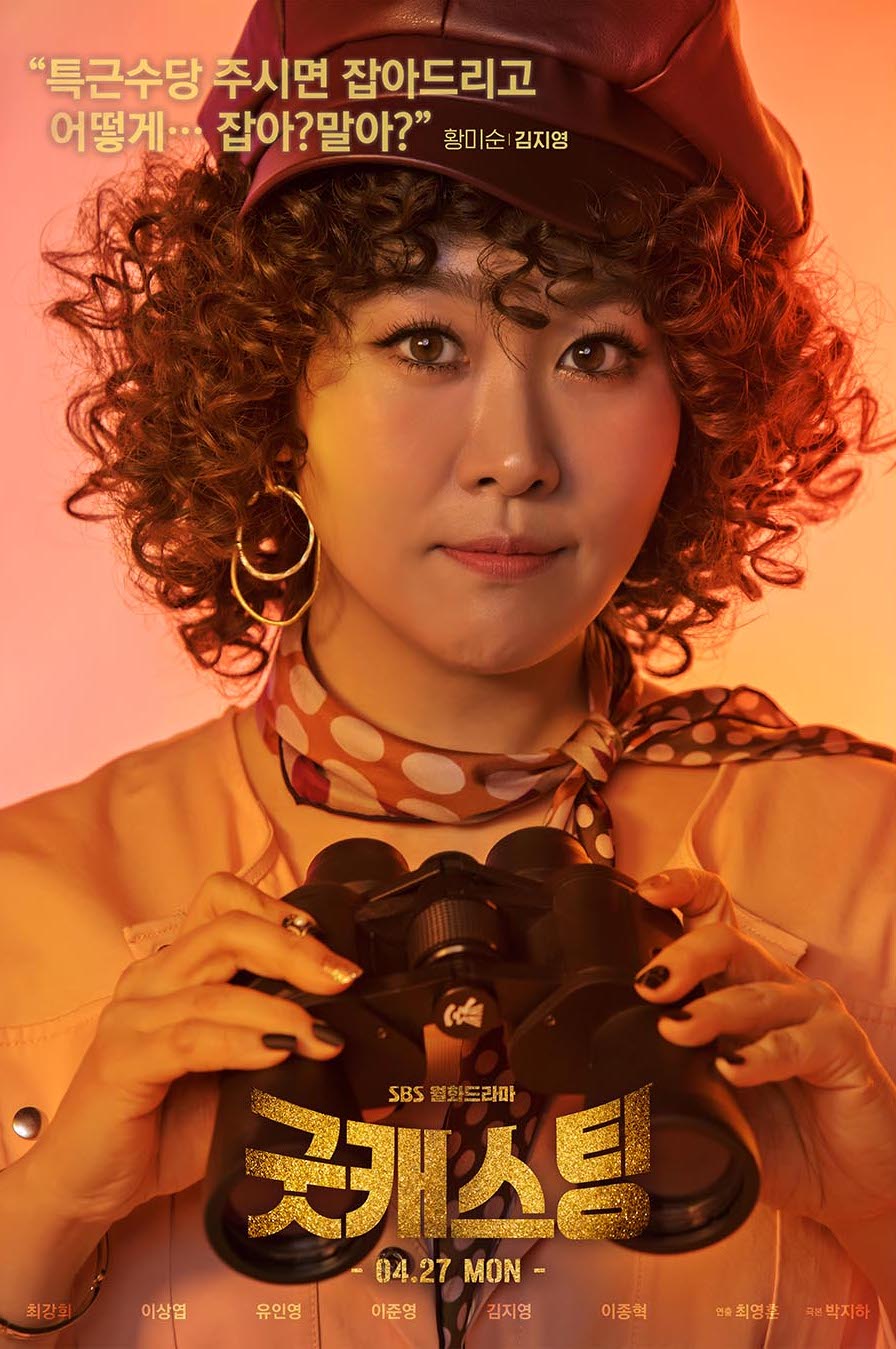 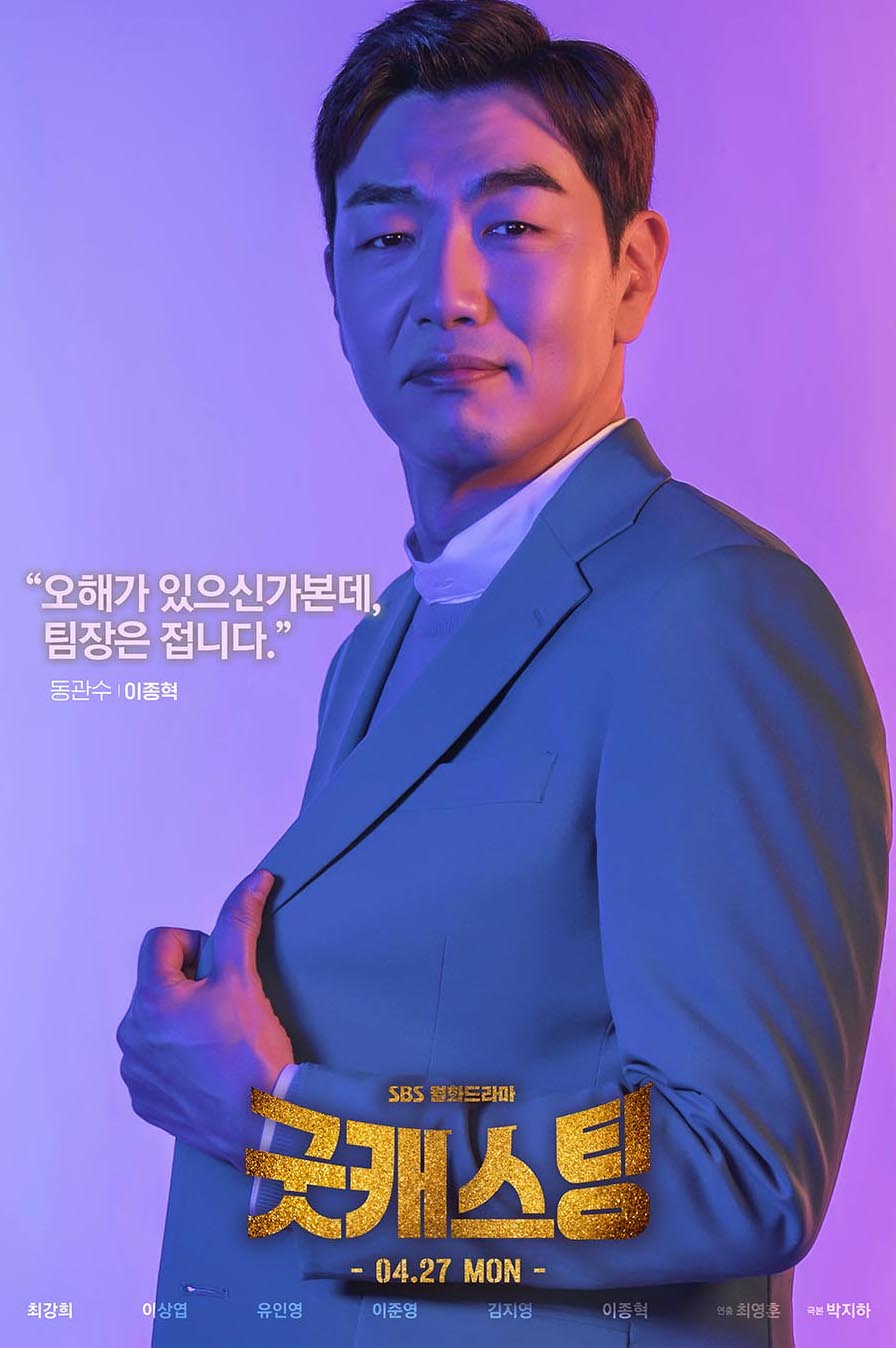 Kim Ji Young will play Hwang Mi Soon, who used to be an active agent but has since left the field to be a housewife for 18 years. Her comical tagline reads, “If you pay me for overtime, I’ll catch them. So is it a deal or not?” And finally, there is Lee Jong Hyuk as Dong Kwan Soo, the team leader who will lead the unexpected team of Baek Chan Mi, Im Ye Eun, and Hwang Mi Soon. He looks the part with his crisp suit and his tagline reads, “I think there’s a misunderstanding here, I’m the team leader,” hinting at a conflict to come.

The production staff said, “True to the drama being an action comedy, the set was filled with laughter as we were creating these posters. These posters reflect the unique personalities and charms of each character, so we hope viewers will anticipate a fun drama.

“Good Casting” is set to premiere on April 27 and will be available on Viki.

Catch the teaser for the drama below!