Jo Kwon shared his thoughts on Instagram on April 10 after he was followed home by fans after casting his ballot early for the parliamentary election.

The singer shared photos from his voting with the caption, “I voted. This was my look when I went out for a bit [to do my duty] as a South Korean after I’ve really just been staying at home.”

He also wrote in his Instagram stories about how fans had followed him home from the polling place.

Today I decided that I should go and cast my vote early, so I went in a very comfortable state to the polling place. I was surprised that there were reporters there, but I gratefully took part in an interview with them.

However, something else unexpected happened that I was upset about. There were a lot of people in the area around the polling place that appeared to be fans. A few of them followed me home while asking ‘Why are you running away?’.. They were filming me too, and so even though the polling place was very close to my home, I only went inside after doing a few laps around. I think there’s a need for some manners. Also, I sincerely thank the people who are thoroughly carrying out preventative measures at the polling stations to prevent the spread of COVID-19. 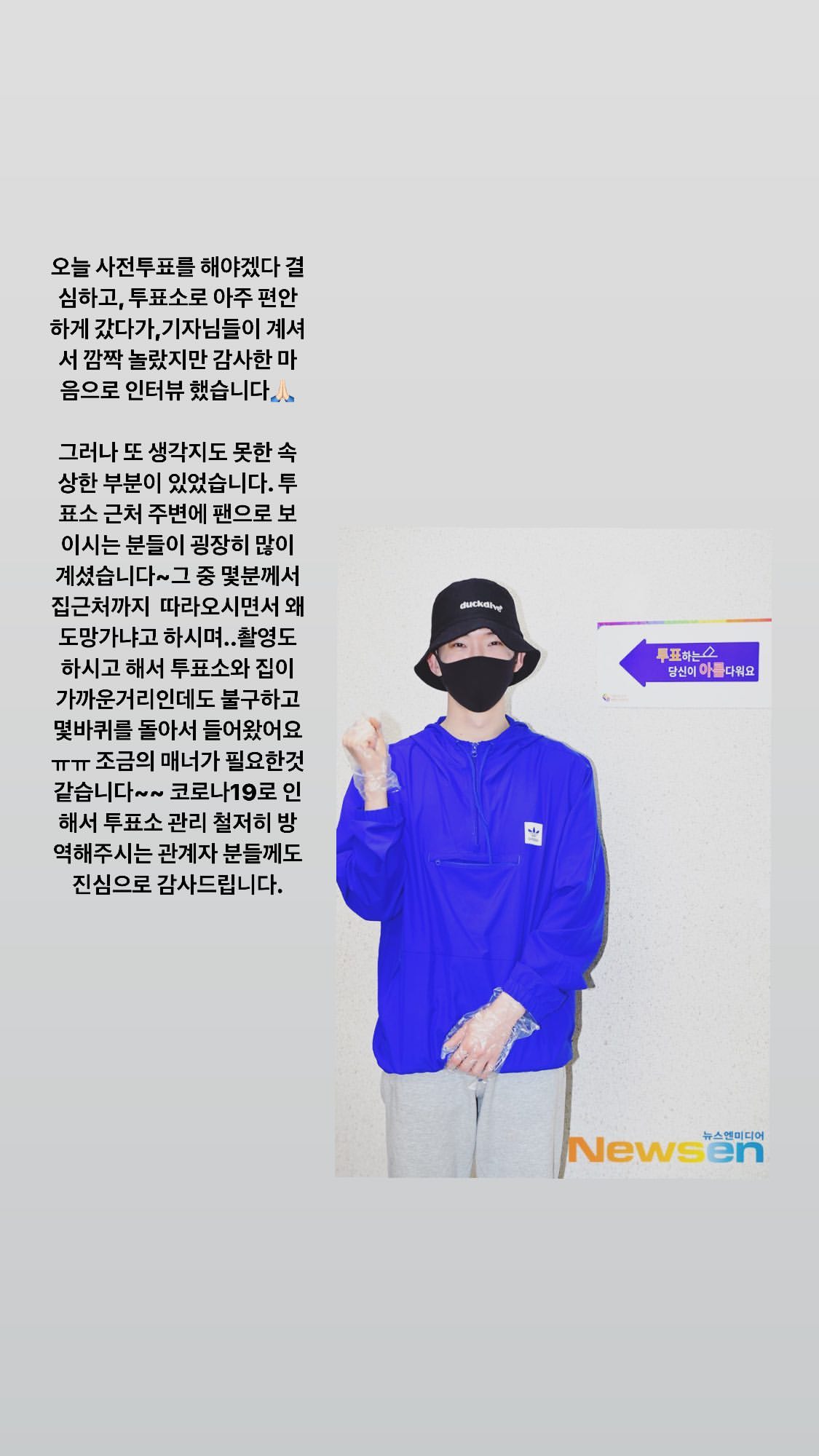 After finishing his mandatory military service, Jo Kwon was discharged last month and has already appeared on “Ask Us Anything,” shared dance covers, and more.