tvN’s “A Piece of Your Mind” has shared a glimpse of the evolving relationship between its two protagonists!

On the previous episode of “A Piece of Your Mind,” Han Seo Woo (played by Chae Soo Bin) declared her intention to not give up on her unrequited feelings for Moon Ha Won (played by Jung Hae In), even if there was only a 1 percent chance that things would work out between them. Expressing his curiosity over how that 1 percent chance would grow, Moon Ha Won made viewers’ hearts flutter by telling Han Seo Woo that he needed her and asking her to remain by his side.

In newly released stills from the drama’s upcoming episode, Moon Ha Won shows signs of personal growth as he finally manages to overcome his insomnia and get some much-needed rest. Earlier in the drama, his insomnia was so severe that he even told Han Seo Woo that she could call him anytime because he was always awake—but in one of the new photos, the programmer looks peaceful while fast asleep on a sofa. 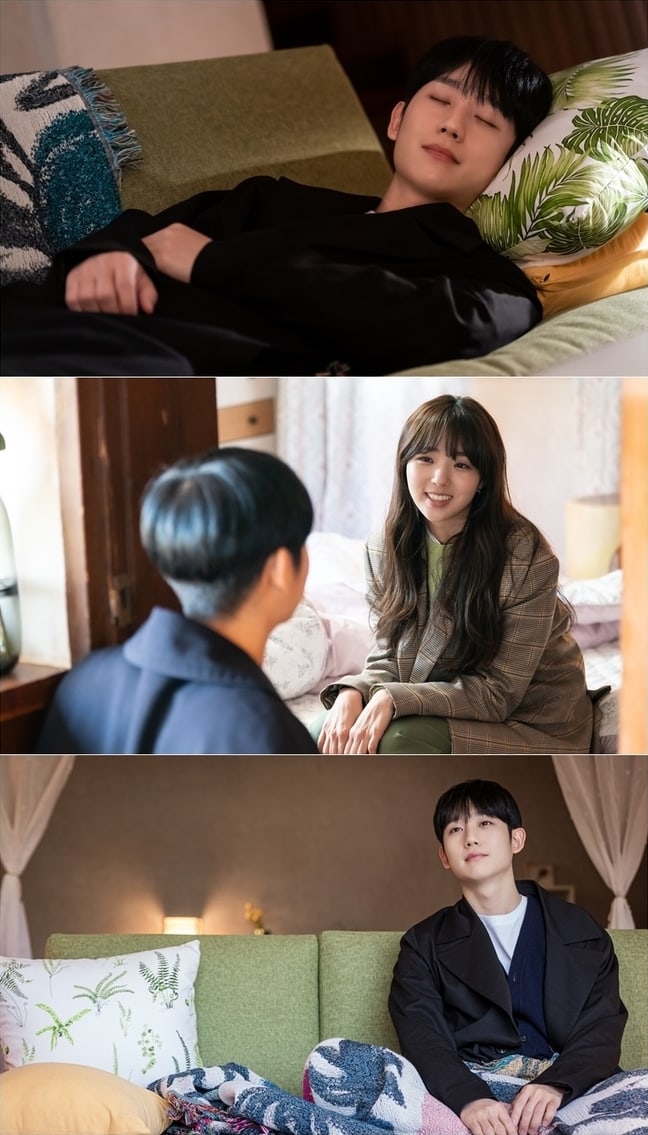 The producers of “A Piece of Your Mind” remarked, “This week, Ha Won will undergo a warm and sweet transformation, just like the warmth of his place. The story of Ha Won, who overcomes his past and begins to change, and Seo Woo, who tries to stay by Ha Won’s side during that process, will make viewers’ hearts flutter. Please look forward to it.”