“The King: Eternal Monarch” tells the story of two parallel worlds, one in which Korea is a constitutional monarchy, and one similar to present-day Korea. Lee Min Ho plays Emperor Lee Gon, who tries to close the door between the two worlds, and Kim Go Eun plays Detective Jung Tae Eul, who works with him to save people’s lives.

In the drama, Kim Kyung Nam plays the role of Detective Kang Shin Jae, one of Jung Tae Eul’s fellow officers in the police force. He an impassive but tremendously skilled detective, making him the perfect partner for Jung Tae Eul, who has dreamed of being a police officer since she was a child. 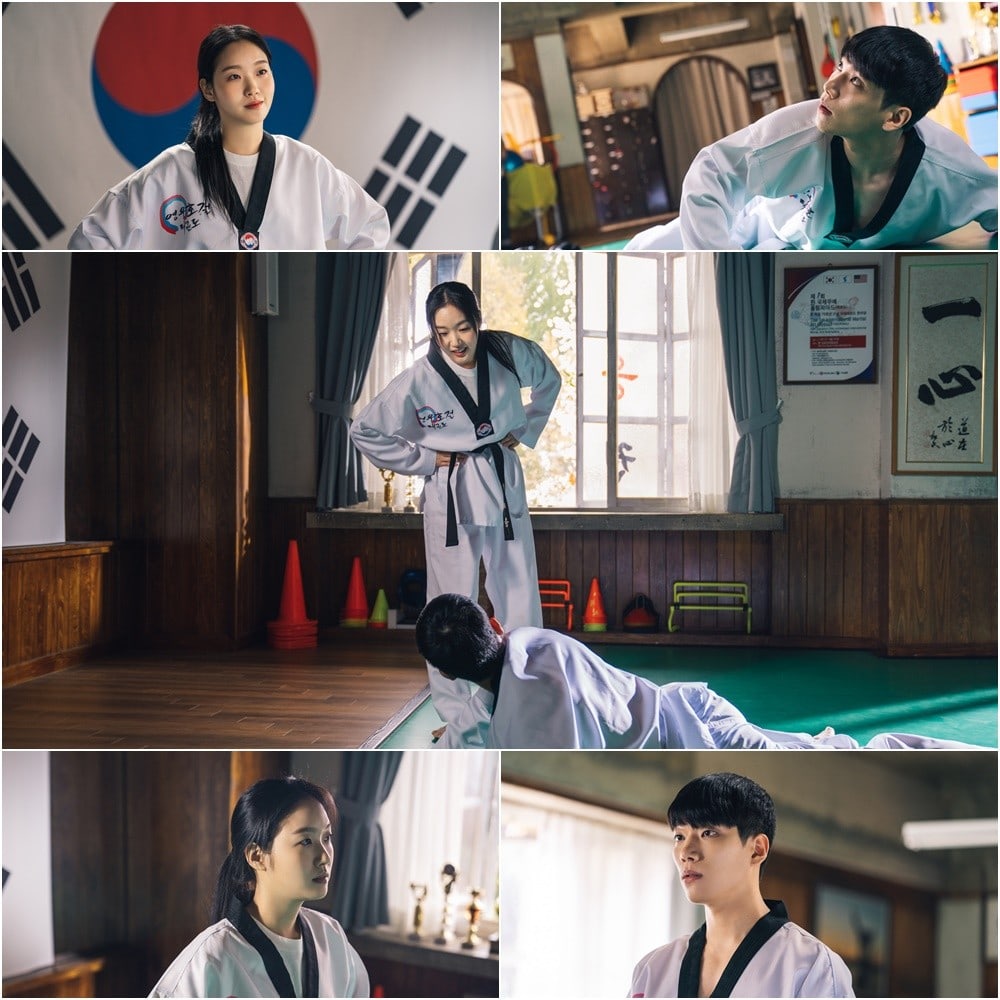 This scene was filmed in November of last year in a village in Chungju of North Chungcheong Province. The two actors came early to prepare meticulously for the action scene. Kim Go Eun carefully checked her posture and movement with the action team, while Kim Kyung Nam practiced falling to prevent injuries. They even came up with fun new ideas for the sequence and brightened up the set.

The production company Hwa and Dam Pictures said, “Kim Go Eun and Kim Kyung Nam are straight-forward actors who are not afraid of looking disheveled while acting. Please look forward to their unique chemistry and hidden stories in ‘The King: Eternal Monarch.'”

“The King: Eternal Monarch” premieres on April 17 at 10 p.m. KST. In the meantime, check out the newest teaser here!