“365: Repeat the Year” has shared a glimpse of the rising tension between Lee Joon Hyuk and Kim Ji Soo.

Lee Joon Hyuk plays Ji Hyung Joo, a violent crimes detective in the seventh year of his career who feels a sense of responsibility about losing one of his colleagues. Kim Ji Soo plays the mysterious psychologist Lee Shin, who gives 10 people the key to reset their fates.

In previous episodes, mysterious deaths occurred in succession after the reset. With the rising number of deaths, the resetters became increasingly terrified. Ji Hyung Joo and Shin Ga Hyun (Nam Ji Hyun) collaborated to find the hidden link behind the deaths. In the process, the dubious relationships between the resetters were revealed one by one, and Lee Shin was always at the center of the suspicion. Ji Hyung Joo and Shin Ga Hyun found out that the dead had all received the same flower basket before they died and that the card messages revealed the dates of their deaths. However, no events or accidents occurred after a certain point, and the whereabouts of Lee Shin also became unknown.

In newly released stills for the drama’s upcoming episode, Ji Hyung Joo and Lee Shin are discussing something in a tense atmosphere. His eyes are filled with anger and hostility, but she looks calm and casual, as if she’s playing a lighthearted game.

Ji Hyung Joo lashes out with fury, but Lee Shin maintains her poker face. Eventually, he becomes overpowered by her bodyguards, and she watches him without an ounce of guilt or mercy. 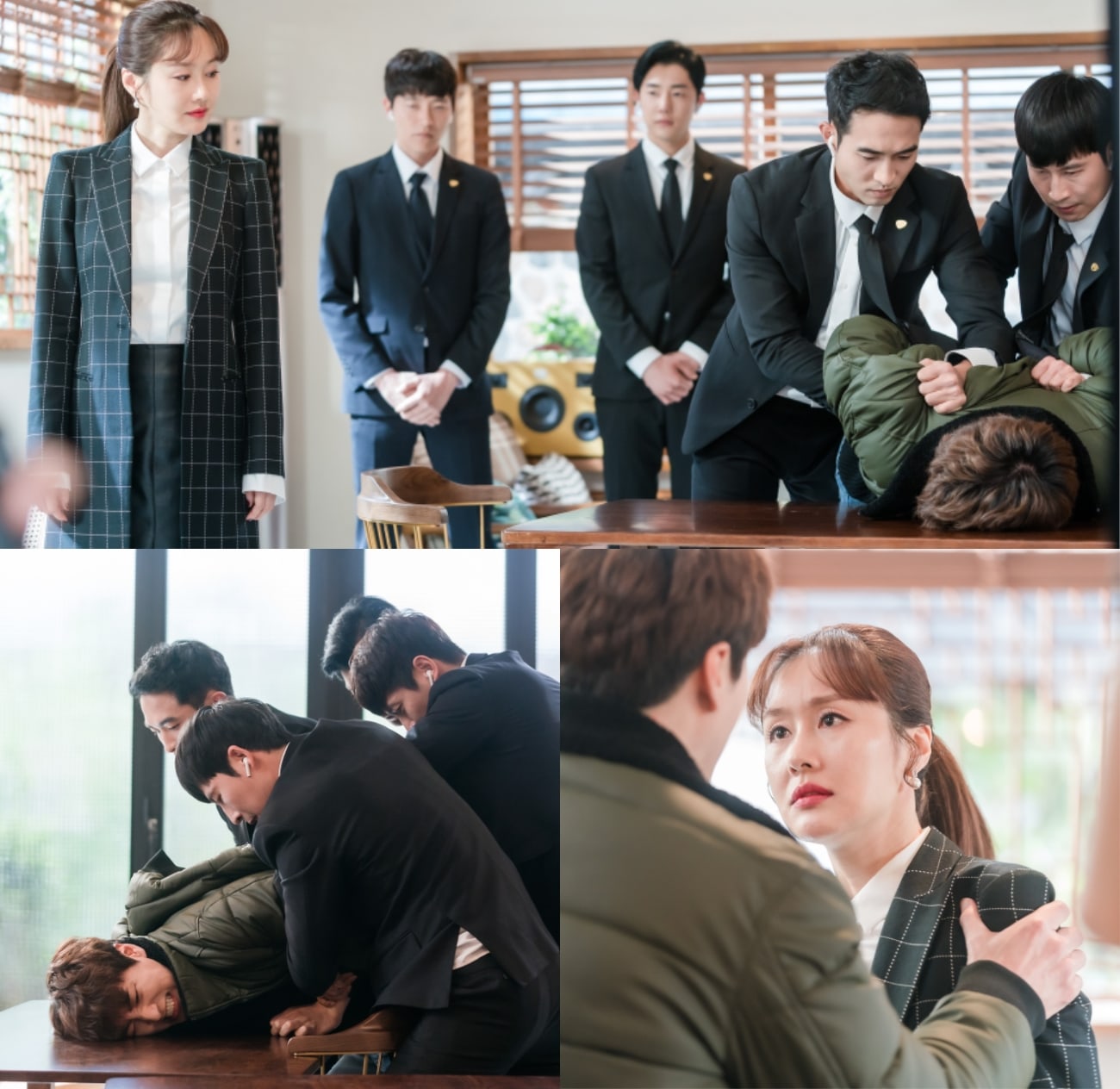 The production crew shared, “The surprises so far are only the beginning. What was foreshadowed in the first half will begin to be revealed one by one in conjunction with the truth behind the resets, and a greater crisis will also come to the resetters. You will be able to feel an upgraded thrill and suspense.”

Kim Ji Soo
Lee Joon Hyuk
365: Repeat the Year
How does this article make you feel?