“Once Again” has revealed new stills from the upcoming episodes!

The KBS 2TV drama tells the story of four siblings, following their individual lives and comparing their opinions on marriage and divorce.

Previously, Song Na Hee (Lee Min Jung) and Yoon Gyu Jin (Lee Sang Yeob) ended their “boring” marriage. However, they were unable to tell their parents about their divorce, so they started to live together under a contract, and their precarious life caused tension between them.

They decided to participate in important family events even after the divorce for a smooth life. Yoon Gyu Jin went to see his former mother-in-law Jang Ok Boon (Cha Hwa Yeon), who was calling for her son-in-law. Song Na Hee felt complicated about his affectionate attitude towards her mother and ended up speaking brusquely to her mother. However, she drew a clear line between Yoon Gyu Jin and herself once again as the divorce deliberation period neared its end.

In the midst of such complex emotions, new stills show Yoon Gyu Jin looking at someone in surprise. The new character is Yoo Bo Young (Son Sung Yoon), who happens to be his first love. She clearly looks excited to see him again, while that doesn’t seem to be the case for Yoon Gyu Jin.

Song Na Hee’s dumbfounded expression predicts another layer of complexity, and viewers are looking forward to the changes that will come between Yoon Gyu Jin and Song Na Hee with this additional obstacle. 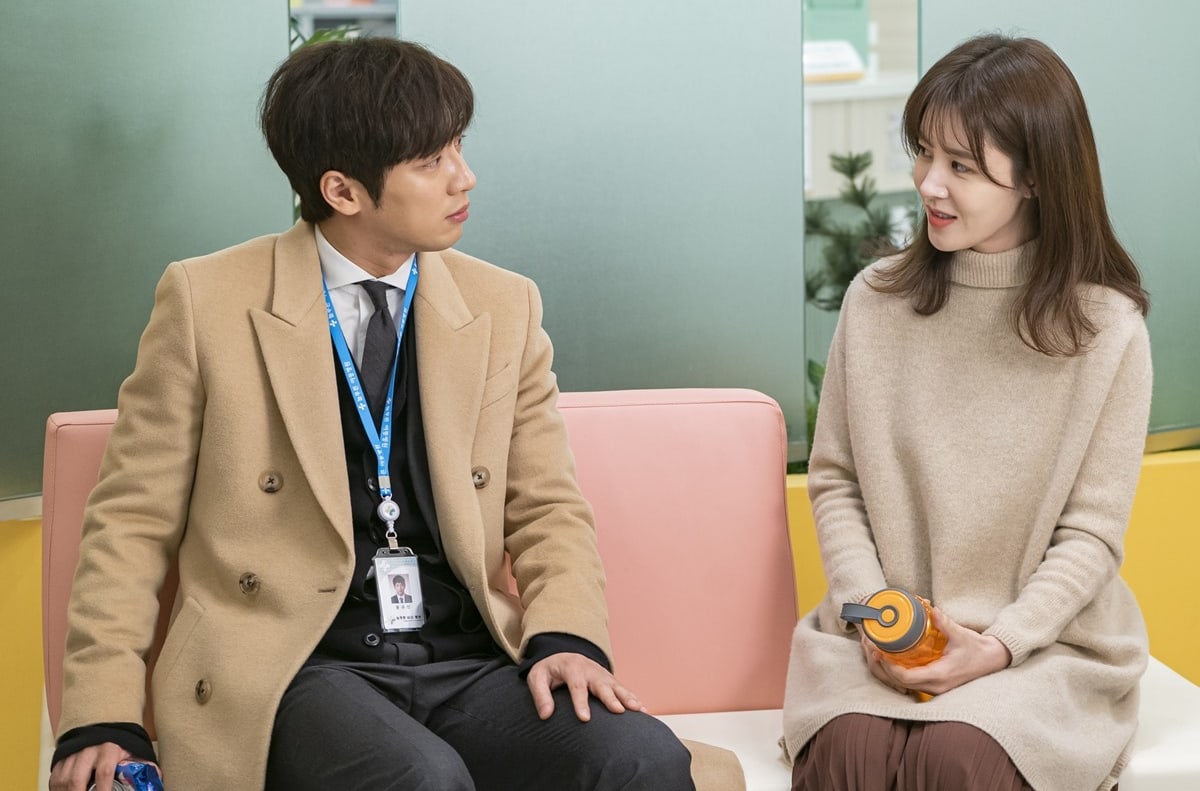 Check out the latest episode of “Once Again” with English subtitles here: