MBC’s “The King of Mask Singer” revealed the identity of Burning Friday to be an idol singer who has been in the spotlight since excelling in a survival show last year.

The episode of “The King of Mask Singer” that aired on April 12 followed the contestants as they battled it out to go against the current king. The third round had Burning Friday and Hamster going up against each other. Burning Friday showcased his clear vocal tone with a rendition of Seo Taiji And Boys’s “To You” while Hamster showcased his explosive vocal talent with Yoon Jong Shin’s “Like It.”

Hamster ended up winning over the judging panel, advancing on to go against the reigning king with a vote of 19 to 2. Burning Friday took off his mask to reveal that it was none other than UP10TION’s Kim Woo Seok, who rose to fame through his appearance on Mnet’s “Produce X 101.” He promoted with project group X1 until their disbandment earlier this year and is currently focusing on solo activities. 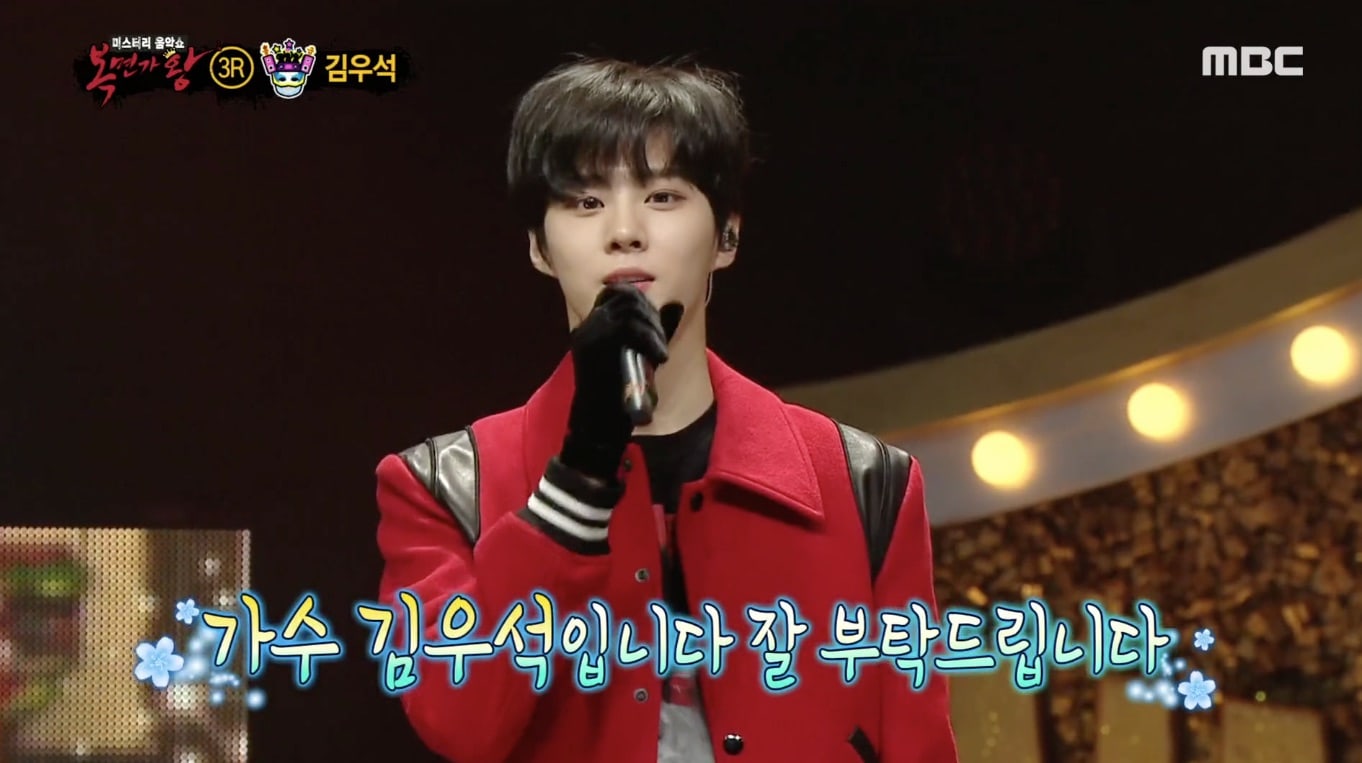 Expressing his desire to be recognized for his vocal talent more than his looks, Kim Woo Seok said, “I didn’t think I’d come all the way to the third round, so I’m very satisfied that I was able to sing all three songs that I prepared.” He also went on to say, “I’ve never performed a song or released an album by myself, so I wanted to showcase my talents to the viewers and I also wanted to break free from the trauma and fears I have.”

Kim Woo Seok also shared, “I haven’t been on many variety shows so I was worried about coming here. I hope I can become friends with many people in variety shows and learn a lot from them.”

He talked about his preparations for a solo album and Kim Woo Seok said, “I’m working hard with the thought of wanting to meet my fans always on my mind, and I hope this year will be a year where I can perform the music I want and connect with fans even more.”

After the show, Kim Woo Seok’s official Twitter account shared photos from his time on “The King of Mask Singer” and wrote, “This Sunday was ablaze with Burning Friday Kim Woo Seok. Please continue to show your support for Woo Seok, who filled the stage with his melodious voice, and his future activities.”

UP10TION
The King of Mask Singer
Kim Woo Seok
How does this article make you feel?