EXO’s Suho got candid with his fans during an online fan meeting.

After kicking off the event with a performance of “Curtain,” Suho remarked, “Since there isn’t an opportunity for us to meet in person, I’m meeting EXO-L [EXO’s fandom] through online platforms. If this were offline, I could hold your hand and take selfies, so I feel a little sad. But thanks to technology, I’m able to meet fans all over the world online, which makes me happy. If this were offline, I would only be able to meet with people nearby.”

He continued, “I think I’ve already become used to promoting solo. I’ve gotten used to it after spending about two to three weeks [on my own] like this. But I miss the other members. I want to hold a fan meeting and a concert with the other members.”

As there were no audible cheers from the fans, Suho commented, “I would’ve been able to hear sounds if this were offline, but I feel like I’m doing this all alone. I’ll try to feel your presence through the comments.” 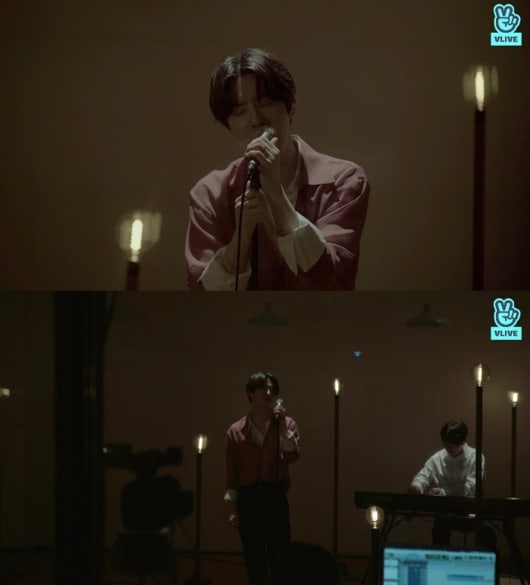 Explaining the fan meeting’s title “O2asis,” Suho shared, “At a fan meeting, I said that I want to be someone who’s always like the ocean, and a fan said that Suho is like an oasis. It left a deep impression on me. I was touched by the statement, and there’s a song named ‘O2’ in my album, so I combined that with ‘oasis’ to form a new word. It means that I’m like an oasis, but I also think of fans as my oxygen. I came up with the title. I think I have outstanding skills in coming up with titles.”

He added with a laugh, “This is quite awkward. I feel as if I’m becoming a cyber singer.”

As people all over the world are in quarantine in their homes, a fan asked Suho to recommend physical training exercises they could do at home, and Suho recommended push-ups and crunches. He then wowed fans by doing push-ups with three fingers, two fingers, and finally, one hand. Suho added, “I can do [push-ups] with one finger, but I pulled a ligament doing that on ‘Ask Us Anything.'” 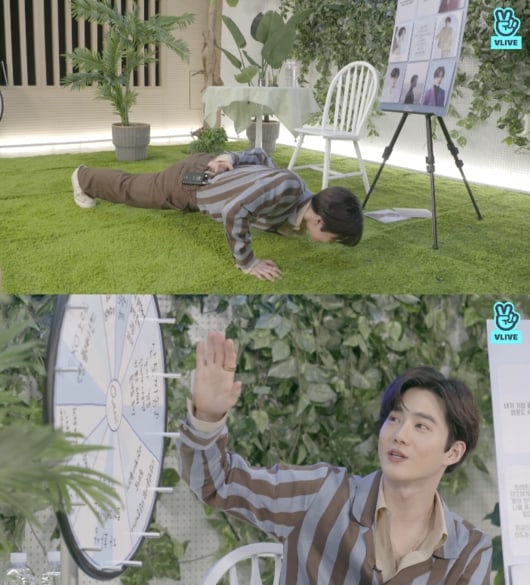 Suho went on to share, “EXO-L make me dream. I think that dreams are something you have to dream together, and I’m able to work hard and become motivated because someone is watching me. It’s thanks to EXO-L that I’m able to dream.”

The idol then moved onto the “Spin the Wheel” segment of his fan meeting. He was tasked with the mission of calling an EXO member and hearing the words “I love you” within 60 seconds. After calling and failing to get in touch with a member, he said, “The [EXO] members don’t really answer their phones.” He finally succeeded at getting Sehun on the phone and hearing “I love you” within 60 seconds of the call.

As it happened to be Sehun’s birthday, Suho wished him a happy birthday, and Sehun said, “I’m having a fun birthday, and I’m so grateful that many people sent me birthday wishes. When the current situation improves, let’s do fun things together.”

Suho continued to carry out “Spin the Wheel” missions, including a “random play dance” in which he danced to EXO hits like “Growl,” “Overdose,” and “Love Shot.” He revealed, “This is my first time dancing in four months. Recently, I only danced during [the musical] ‘The Man Who Laughs.’ 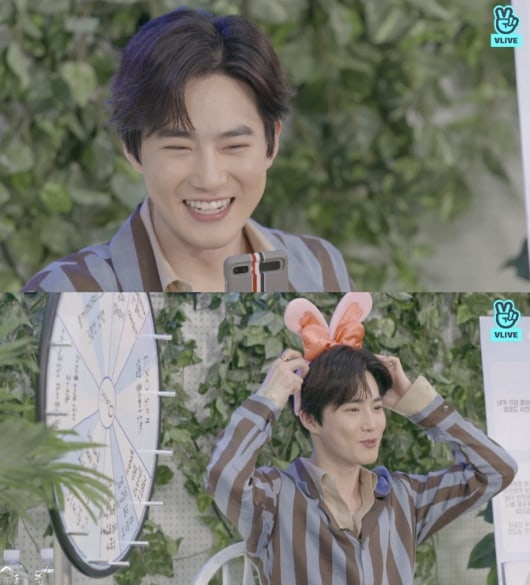 Another mission was revealing his MBTI (Myers-Briggs Type Indicator) test results, which showed that he was ENFJ-A.

Suho recently held a fan signing event via video call, and he remarked, “I felt proud. I wondered if it would match up to meeting in real life, but I liked that I could focus and we could have time for just the two of us. It was better for communicating.”

The EXO leader then reminisced while looking at a photo of their debut on SBS’s “Inkigayo,” where he recently celebrated a win. “I didn’t think that I’d get first place on ‘Inkigayo,” he said. “There are other categories besides the album sales, so thank you. I’ve gotten three wins.”

Suho also touched on his past promotions, saying, “Someone asked me if I was a traveler at the beginning of last year. I lived life as an explorer and a social media celebrity for about three months. I don’t know if my face is the ‘free pass’ type, but I became the promotional ambassador for a lot of things.” He then serenaded his fans with a song from his musical “The Man Who Laughs” before expressing regret that there were no fans physically present at the event.

Reflecting on his official solo debut, Suho concluded, “I felt happy that something I dreamt about 15 years ago came true at the age of 30 [by Korean reckoning]. There are things I said I wanted to accomplish, and fans listened to my [new] songs a lot, so I was able to get No. 1 on music charts. I felt as happy as I did when EXO got No. 1. I sang with sincerity, and I think those emotions were conveyed well. I wanted to talk to you while looking into your eyes, but I’m sad that didn’t happen. I really want to thank you.”

Suho became emotional as he continued, “I’m grateful that you listened to my music, but while monitoring [your responses], it seemed as if many of you were also stressed about the rankings. I know that you care a lot about chart rankings, and I felt sorry that you felt sorry when my ranking wasn’t one you were hoping for. I honestly want EXO-L and the EXO members to be happy together for a long time. Like I told you on December 31, I’m going to take the stage with EXO even if there’s only one EXO-L, so I hope fans won’t feel sorry about things like that. I want to continue to sing and dance on stage.”

He added, “I pray for the day that I can meet with fans [in person]. I miss you.” 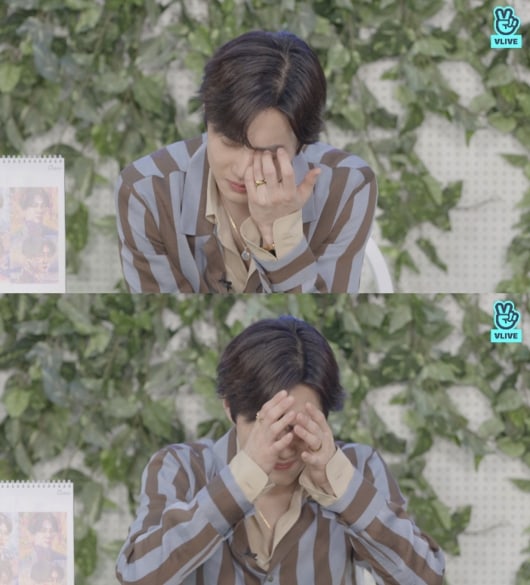 If you haven’t already seen it, check out the music video for Suho’s solo track “Let’s Love” here!